For many outsiders, Switzerland evokes a prosperous if rather staid and unexciting society, an image that is now dated. Switzerland remains wealthy and orderly, but its mountain-walled valleys are far more likely to echo the music of a local rock band than a yodel or an alphorn. Most Swiss live in towns and cities, not in the idyllic rural landscapes that captivated the world through Johanna Spyri’s Heidi (1880-81), the country’s best-known literary work.

Today Switzerland has emerged as an international centre of industry and commerce connected to the larger world, a very different tenor from Switzerland’s isolated, more inward-looking past. As a consequence of its remarkably long-lived stability and carefully guarded neutrality, its cities -Geneva, in particular-has been selected as headquarters for a wide array of governmental and non-governmental organisations, including many associated with the United Nations. Switzerland’s rugged topography and multicultural milieu have tended to emphasise differences. Yet, like India, it has forged strength from all these differences, creating a peaceful society in which individual rights are carefully balanced against community and national interests and keeping somewhat aloof from conflicts between global powers. Like India, the Swiss blend of federalism is unique in the world and is considered central to the country’s political and economic success. It was, therefore natural that Switzerland should be one of the first countries to recognise and establish diplomatic relations with India after its Independence I 1947. A Treaty of Friendship between the countries was signed the next year. “If you look at international relations it is a lot of shifting sands but our bilateral relationship is on a very solid foundation,” says. Dr Ralf Reckner, Swiss Ambassador to India. 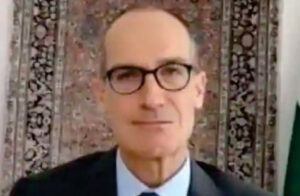 “Innovation is so important to our states, to our bilateral relations. So you have in India huge pockets of innovation and that is of interest to Switzerland and Switzerland on the other hand is an innovative country.”
Dr Ralf Heckner
Swiss Ambassador to India 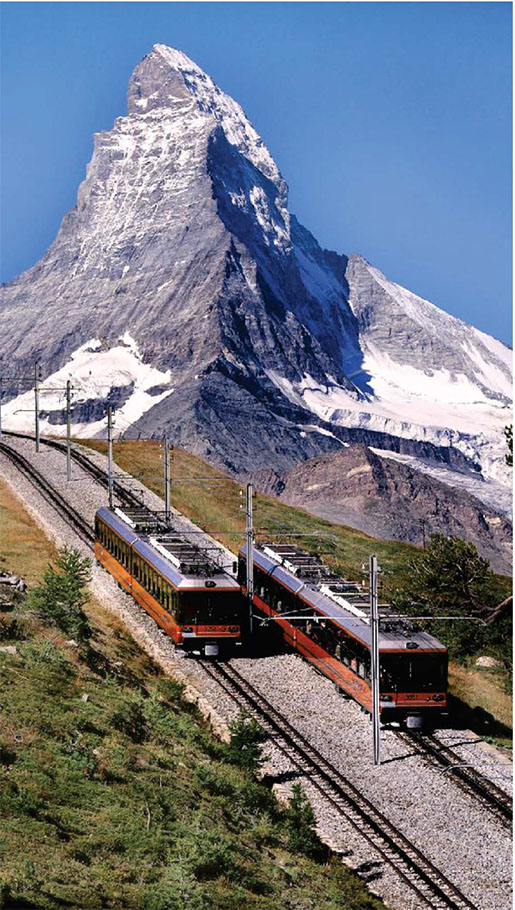 Switzerland has one of the highest levels of per capita GDP in the world. Its strong economic performance is largely driven
by the services sector. The European Union is Switzerland’s main trading partner.

Switzerland’s close and evolving tie with India is reflected in numerous treaties and agreements and frequent high-level diplomatic visits between senior policymakers of the two countries.

Prime Minister Narendra Modi had visited Switzerland twice in 2016 and 1918. and Swiss President Doris Leuthard came to India in 2017 The joint statements issued on these occasions described the India-Switzerland relations as ‘A longstanding dynamic partnership’ Indian President Ram Nath Kovind, accompanied by a high-level delegation of political executives and business community, paid a state visit to Switzerland from September 11-15, 2019. Swiss President Ueli Maurer addressed the India-Switzerland Business Round Table co-hosted by India and Switzerland in Berne during this visit.

This was followed by the visit of Simonetta Sommaruga, Vice-President and Federal Councillor for Environment, Transport, Energy and Communications of the Swiss Confederation, to India from October 18-21, 2019. She was accompanied by a large business delegation and held meetings with India’s ministers for Power, New and Renewable Energy, Railways, r Commerce and Industry, Housing & Urban Affairs and Civil Aviation.

As a result, India has become one of Switzerland’s most important trading partners in Asia and is the 11th largest foreign investor in the country. As per the figures from the Indian Ministry of Commerce and Industry, Swiss companies have made investments worth $51 billion in India between April 2000 and March 2021 and created over 135,000 jobs in India so far.

Switzerland is the fifth-largest recipient of Indian investments. In the period from April 2017 to May 2020, cumulative Indian investments in Switzerland amounted to $1.6 billion. There were over 90 Indian companies, with almost 120 business entities, operating from Switzerland, The areas of India-Swiss cooperation and collaboration include trade, development cooperation, education and vocational training, visas, migration, air traffic, investment, finance, taxation and scientific and technological cooperation Investment and innovation will be key drivers of India-Switzerland ties in the years to come, says Swiss Ambassador Ralf Reckner. He expounded his thoughts in a recently published interview in Mint newspaper.

How to transfer the values too