Two memoirs from THE STEEL FRAME

This one limerick truly sums up the magic of this book. M J Akbar’s prose in normal times is lyrical. That’s a gift the Gods have bestowed on him. In Doolally Sahib, it is a melange of flavours that is overpowering — one portion prose, one portion wit and one portion history with every dot connected and telling you how awful the Brits were to the natives!

Akbar must write a book on how he manages to dig out all the facts that he does. Right from India-the Siege Within, Akbar has enthralled one with his rare ability to create literary shawarma of facts, events, incidents and people and pack it together so tightly and seamlessly that one keeps asking for more.Doolally is in the same class.

What makes this book unique is the subject — the British and the natives. This is hugely different to the sort of subjects that Akbar has dealt with in the past — Pakistan, riots, Nehru, Gandhi, Jinnah, Jehad and a masterful brooding personal history, Blood Brothers. But I have a strong sense that Dollaly Sahib will in the years to come be a reference to British in India in a fashion similar to Charles Allen’s classic — Plain Tales from the Raj. If Allen is all sepia, fondant and marshmallow, Akbar is pungent, sharp and astringent. The characters stay with you long long long after you have put the book down. 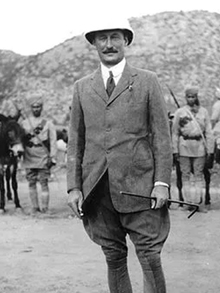 One just has to go through the bibliography to realise the enormous amount of reading and researching that Akbar has done to put this book together. Based on scores of correspondence, books, the musings of the high and mighty governor Saab and the steel frame of the raj that included the clergy. Of course, there are references from innumerable publications of that era.

At the core, the documentation and reference are from the Raj, but the natives find representation to help diffuse the bias and put things in real perspective. Sumanta Banerjee, Bavanicharan Bandopadhyay, Pramod Nayar, Mushirul Hasan, Bidisha Chakraborthy, Sarmishta De and Pramila Sharma are some of those whose works find mention in this volume. They more than makeup for the leanings of the Raj.

There is a fantastic para that is pure gold dust: “Writers like Bhavanicharan Bandopadhyay caricatured this kind of babu for sacrificing its roots at the altar of Kamala, the goddess of material comforts. In his novel, Naba Babu Bilas, a toady tells his master that it would require success in four ps and four khs — pasha (dice), paira (pigeon fights), paradar (adultery), poshak (dress), Khushi (pleasure, khanki (prostitute), khana (feasts) and khairat (charity).’’ And ‘babu’? Here is Sumanta Banerjee with a definition for the ages: “The word Babu, popular in the 19th century Bengali discourse was a catch-all term that embraced respectable dignitaries… From one end of the contemporary Bengali social hierarchy to the members of that society’s Parvenu and their spoilt sons who occupied the other end, dissipating their wealth on drinking, whoring and other amusements.’’

It is Akbar’s dexterity with words that adds to the gloss. Here is one lovely example: A phal-Phool (fruit flower) rule became the new law; officials could accept gifts of only fruit or flowers placed on trays known as dollies which came around at Christmas. One army officer, John Morris ( a member of the Everest expedition in 1922 in 1936) got a cauliflower on Christmas Day from the contractor who supplied food to the troops. It was a very special cauliflower since a gold sovereign popped out of it.’’

By the way who on earth was Doolally Sahib? Doolally “derives from Deolali transit Camp situated in Nasik about 100 miles from Mumbai’’ where the British soldiers were in waiting to take a ship home. Few of them “married an Indian paramour’’ for they’’ wanted the comforts of Betrothal without the’ plague’ of marriage’’ And before they departed, there would be a parade in honour of the soldiers with beer, whisky and music. “The band played Rolling home a dear old Blighty as soldiers marched to the railway station. From the Indian side of the pageantry a wail would be heard, the cry of abandoned girlfriends and their parents’’ And it is then that the Doolally Sahib cry breaks out with the father cursing the departing soldier and hoping they sink to the bottom of the pani (sea).

Interestingly Akbar found the reference to Doolally Sahib in Charles Allen’s Plain Tales from the Raj. This 359-page hardcover is an absolute page-turner. what makes it exceptional is not just the research and the reference and the quotes but Akbar’s ability to create a tapestry that arches through 200-250 years of colonial history, the independence movement, the babu phenomena, the creation of the great East India Company and the Indian Steel Frame and the Brits became the white brahmins and the natives or at least some of them became black zamindars. To end, here is a quote from Robert Ivermee (Hooghly: the global history of a river) on the magic of bhang: “The majority became merry, but one of them sat on the floor and wept all afternoon; another stuck his head into a large jar and kept it there for more than four hours; four or five began complimenting one another till they turned into emperors; one had a serious fight with a wooden pillar until the skin of his knuckles wore out and two sweated for three hours till they were nearly dehydrated.”

It’s a book for one’s library, for gifting and for a languorous evening of high spirits with the lament of Doolally Sahib ringing in your ears as you turn the pages.

An epochal moment in India’s history

How other democracies regulate social media