A Theory of Distance

On 10 July 2009, China’s English-language newspaper, Global Times, published an interview with a second-tier leader of the Taliban in Pakistan, Mullah Mahamud. In the accompanying photograph, he was seen sitting on his haunches, taking aim with a sophisticated gun. Zhou Rong, Islamabad correspondent of the paper, explained: ‘Mullah Nageer Mahamud is one of the branch leaders of the Taliban in Pakistan. He agreed to talk to the Global Times in [north] Waziristan in April, and was accompanied by six Taliban militants during the interview. After initially insisting the interview not be published immediately, in light of the escalating conflict between the Taliban and Pakistani forces and US aerial bombardments, he has now granted permission.’

GT: When and how did you join the Taliban?

Nageer: I joined the Taliban in Afghanistan and then transferred to Pakistan. I was born in southern Waziristan 35 years ago. A traditional saying of my tribe is ‘one should take the sufferings of his brothers as his own and help them out’. In 1995, I attended a madrasa in southern Waziristan, moved on to Wana and then entered the capital Kabul with Afghan militants. I returned to Pakistan after Afghanistan was taken over by US and NATO forces. I am one of the organizers of the Taliban activities in Pakistan and the Emir here. We hope to establish an Afghanistan Islamic Emirate, a Pakistani Islamic Emirate or a country ruled by an Emir.

GT: Why do some armed tribes participate in military activities led by the Taliban’?

Nageer: You know, the Pushtus are nationalists. We have beat [sic] the British, the Russians and now we are fighting against the Americans and the Massad [intelligence agency] of Israel and the Inter-Services Intelligence of Pakistan. The final victory is ours. We Taliban are not born today. We were born in the days of the colonization of India by Britain. We never let them get through easily.

GT: Did you have anything to do with the attacks in Mumbai [in November 2008]’? What do you think about the Kashmir and Pakistan issues’?

Nageer: My jihad brothers blasted Mumbai, but I can’t tell you who did it. We had cooperation with Pakistani Inter-Services Intelligence but they sold us down the river [sic]. We are related to the Indian Muslim military, but we are more ambitious and brave than they are.

We need to cooperate with the soldiers of the Jihad in India, who are by no means small in number. We do not have much foreign aid and we are isolated in form. But we are strong in spirit and religion. The victory of the jihad will be ours. We rely more on spirit than on weapons. Even though the whole world is against us and ignores us, we will get through the difficulties. I can forecast the US will collapse after 2010 and by then the whole southern Asian area will have a heavier mujahideen presence. In addition, we support the liberation of Pakistan because in fact our war is part of the Jihad, which includes the liberation of Pakistan. 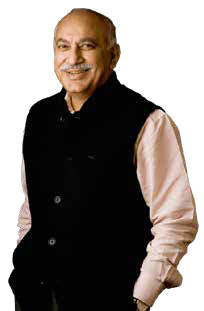 At the top of Mullah Mahamud’s presentation of Taliban priorities in the summer of 2009 was the establishment of Islamic emirates in Pakistan and Afghanistan. Some dreams were fuelled by fantasy, but that did not make them less real in his imagination. He was, in any case, only taking the idea of an Islamic state a step further, from an Islamic republic, which Pakistan is, to an Islamic emirate, which the more orthodox desire. The more ambitious among them also see Pakistan as a natural leader of the Islamic world, working in harmony with its brothers in Saudi Arabia. The Americans would be defeated and disappear, but India was in the neighbourhood. India was the ideological antidote of an emirate, and therefore a legitimate enemy. In Mullah Mahamud’s breathless time span, this was all going to happen immediately, but most of his colleagues were blessed with an ideologue’s patience.

This patience has lasted a while. He was accurate when he asserted that ‘We Taliban are not born today. We were born in the days of colonization of India by Britain.’

(Excerpts from Tinderbox: The Past and Future of Pakistan by MJ Akbar)

A code that is still a work in progress

Why India is not playing in Qatar

Agnipath: An idea whose time has come