A WORLD OF THREE ZEROS 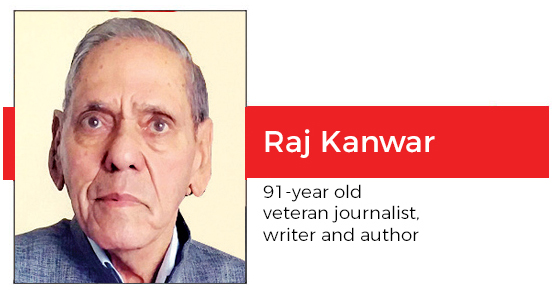 Bangladesh’s lone Nobel Laureate Muhammad Yunus strongly believes that the “Capitalist engine is broken, and needs to be replaced by a new economic system that would unleash altruism as a creative force as powerful as self-interest.” 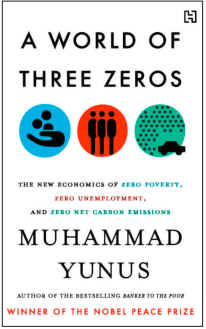 ADDING that this is no longer a pipe dream, he goes on to say that, “thousands of people and social organizations have heartily embraced his vision of a new form of capitalism that helps launch innovative social businesses, designed to serve human needs rather than accumulate wealth.”

The three major curses of POVERTY, UNEMPLOYMENT, and CARBON EMISSIONS that stalk the World today and how to eradicate these constitute the central point of Yunus’ latest book A WORLD OF THREE ZEROS.

In an uncanny coincidence, Prime Minister Narendra Modi’s Atmanirbhar Bharat Abhiyan which aims at ‘making India and its citizens independent and self-reliant in every sense’ very much resembles the THREE ZEROS as propounded by author Yunus.

The first ‘ZERO POVERTY’ aims at bringing to an end the income inequality. In this context, he cites the example of Uganda which, according to some studies, is the most entrepreneurial nation in the world. More than 28 percent of its population started a business in the last three and a half years – more than six times the United States percentage of 4.3. Some other studies estimate that more than 80 percent of Ugandans will start a business during their lifetime.

Bringing an end to UNEMPLOYMENT, particularly among the youth, is the second ZERO. He writes, “In Europe, unemployment among people under age 23 is at 18.6 percent (as of December 2016). In some the countries such as Greece, Spain, and Italy, the unemployment rate goes up to over 40 percent. In the United States, a significant number of young people are so frustrated that they have dropped themselves out of the workforce; this presents rosier unemployment statistics thereby minimizing the enormity of the real problem.”

And the third ZERO stresses the need for greater environmental significance so as to create an ‘Economics of Sustainability’ that in turn means, “practices that support long-term economic growth without negatively impacting social, environmental, and cultural aspects of the community.” He believes that it is quite possible to “grow the economy, lift communities and entire Societies out of poverty simultaneously protecting the Environment”. Modern technologies make this easier to achieve than before, Yunus writes.

Yunus emphasis on innovative ‘Social Business’ is a new form of capitalism that is designed to serve human needs as opposed to accumulating wealth. The Grameen Bank in Bangladesh that each year gives loans to the poor approximately amounting to one billion US dollars is an ideal example of ‘Social Business’.

Born and brought up in Bangladesh, Muhammad Yunus is the founder of the Grameen Bank and the father of microcredit – an economic movement that helped lift millions of families around the world out of poverty. No wonder then both Yunus and the Grameen Bank were the recipients of the 2006 Nobel Peace Prize. As a Fullbright Scholar, he studied Economics at Vanderbilt University and became the head of the Department of Economics at Chittagong University.