The landslide victory of the Aam Aadmi Party (AAP) in Punjab not only marks a new chapter in the political history of the border state but also created ripples that could lead to realignments at the national level too.

Despite the coming together of all other parties against it in the last few days before the voting, it proves that AAP President and Delhi Chief Minister Arvind Kejriwal has managed to earn the trust of the voters as a credible alternative to the Congress and the Shiromani Akali Dal as well as the BJP-Amrinder Singh alliance. This is significant given that the current trends in Punjab indicate a further disintegration of the Congress that could bind the opposition against the BJP at the national level.

The AAP has already established its presence in Goa and increased its vote share in Uttarakhand and Uttar Pradesh, bringing its closer to gaining a national party status.

The stage is now set for Kejriwal to move his focus to Gujarat which is going for polls later this year. The AAP had made considerable gains in the civic elections in Gandhinagar and Surat last year.

The people’s mandate has given AAP its first chance to run a full state unlike Delhi, which is a Union Territory. The immediate challenge for its government in Punjab is to deliver. Also, from popular comedian to the highest political office in Punjab, AAP’s chief ministerial face Bhagwant Mann has come a long way in politics. For him this would be a new beginning in terms of challenges.

Now he has promises to keep.

Mann in his public meetings has been stressing the fact that he will be an independent leader. He will now have to walk the talk. While dispelling the impression that he is just a proxy of Arvind Kejriwal, he will have to keep factionalism within the party under check and offer good governance. 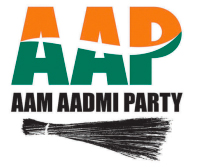 The people’s mandate has given AAP its first chance to run a full state unlike Delhi, which is a Union Territory. The immediate challenge for its government in Punjab is to deliver

Mann joined AAP in 2014 and became a Lok Sabha MP for the party. This was AAP’s first entry into the electoral arena after it had run a minority government in the National Capital Territory of Delhi for only 49 days. But the results came as a pleasant surprise as it won four Lok Sabha seats and secured a 24 % vote share.

Though AAP swept the 2015 Delhi Assembly elections subsequently winning 67 of the 70 seats, fractures among party leaders emerged soon after for the formation of the Arvind Kejriwal Government, resulting in ousters of senior leaders like Prashant Bhushan, Yogendra Yadav, and Ashutosh.

The ripples of these fractures were felt in Punjab also, where party leaders began to splinter along two lines—those who supported the high command, and those who had been jilted by it. Mann, Sucha Singh Chhotepur, and HS Phoolka were the faces of the Punjab team. While Mann stayed in AAP, Chhotepur and Phoolka quit in 2016 and 2019 respectively.

In the 2017 Punjab Assembly elections, the party invested heavily but ended up getting just 20 seats — which was still enough to make it the principal Opposition to Congress.

In 2018, when Kejriwal apologized to Shiromani Akali Dal MLA Bikram Singh Majithia for alleging that he was involved in the drug trade, Mann and Aman Arora, co-convenor and Sunam MLA, resigned from their respective posts. However, Kejriwal himself intervened and both joined back.

In the 2019 Lok Sabha elections, the party’s seats came down from four to one. Mann was that only survivor. In this period, several prominent leaders, including nine MLAs, quit the party.

While a brute majority in the Assembly will make taking tough decisions for good governance easy, as the state’s new chief minister, Mann will have to do tightrope walking on some issues. One of these would be the resolution of inter-state disputes involving Delhi and Punjab, such as the river-linking dispute involving the Sutlej and the Yamuna, the air pollution issue for which Delhi blames Punjab every year, The other will be striking a balance between tackling hardliners who are sympathetic to separatist groups and ensuring that the flow of donations that AAP receives from NRIs is not disrupted.