India and Armenia relations a testimony to long-shared past

NEW DELHI: India-Armenia relations have been age-old and time-tested. There are plenty of historical and literary sources available to suggest the presence of Indian settlements in Armenia as early as THE 2nd century BC. Even before the Dutch and British put their foot on Indian shores, many Armenian traders are believed to have been involved in business in Agra during the time of Mughals. The Mughal court had an extremely talented Urdu and Hindi scholar of Armenian descent, Mira Zulqarnain.

The Indo-Armenian economic, cultural and scientific relations are a testimony to their long-shared history. Armenia, which is located on the threshold of several caravan routes between East and West, had developed economic, trade and cultural connections with India. During Soviet time, India’s relations with Armenia were dependent on its relation with Moscow. India accorded recognition to Armenian independence following the dissolution of the former USSR on December 26, 1991 and established diplomatic relations on August 31, 1992. 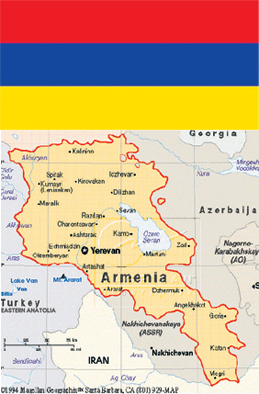 The year 2021 turned out to be a landmark in the bilateral relations after S Jaishankar’s official visit to Armenia. It was considered a historic visit because for the first time in the 30-year history of the Republic of Armenia, the Indian Minister of External Affairs had visited the country. “I was also shocked to find that no Indian Foreign Minister had visited Armenia,” Jaishankar said during his meeting with Armenian Prime Minister Pashinyan.

“This was revealed to me when I first met my colleague Ararat Mirzoyan in Dushanbe, and it was a revelation to me. Although what should have happened at the time did not occur, I want to assure you that there is still a great deal of attention being paid to our possible connection now.”

Armenia had proposed a scheme that would allow products to be sent from India to Russia and the Black Sea via Armenia. The idea was linked to the concept of the ‘International North-South Transport Corridor,’ (INSTC) which transits through Armenia.

India, Iran, and Russia were the original creators of the project. Armenia is strategically located on the border of Russia, Iran and Turkey. An Armenian North-South Road Corridor is being developed to connect the Black Sea with the rest of Europe. It can be connected with INSTC. The horizon of INSTC can be expanded to Europe bypassing the traditional Suez route.

These developments were taking place in the midst of the formation of a military-political alliance linking Turkey, Azerbaijan, and Pakistan. Therefore, India started thinking about creating a geopolitical counterbalance that includes Armenia. In fact, in Indian political and diplomatic circles it is widely believed that with Turkey President Erdogan’s anti-India activities and his constant support to Azerbaijan against Armenia, the relationship between India and Armenia was bound to fructify. 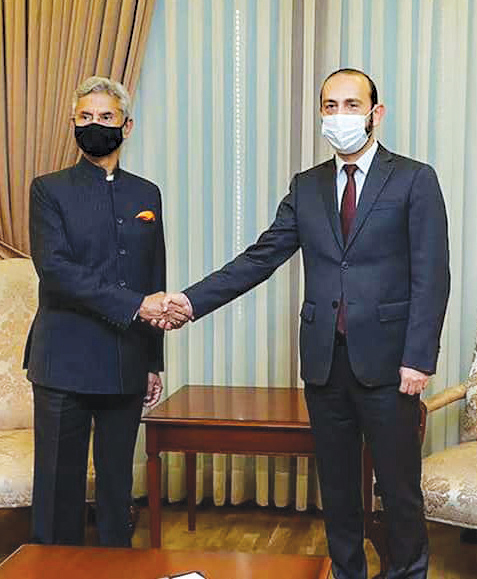 Armenia had shown interest in buying Indian military hardware amid its war with Azerbaijan. Last June, a defence delegation from Armenia visited India with a range of military equipment shopping lists. Earlier in 2020, Armenians had concluded about $40 million worth of supply of indigenously built weapon-locating SWATHI radars.

In recent years, Armenia supported India’s candidature at the Unesco, International Civil Aviation Organisation and UN Board of Auditors, International Telecommunication Union Council and inclusion of yoga in the Representative List of Intangible Cultural Heritage of Unesco. India supported Armenia’s claim for declaring its national bread ‘Lavash’ as the intangible cultural heritage, a few years back. 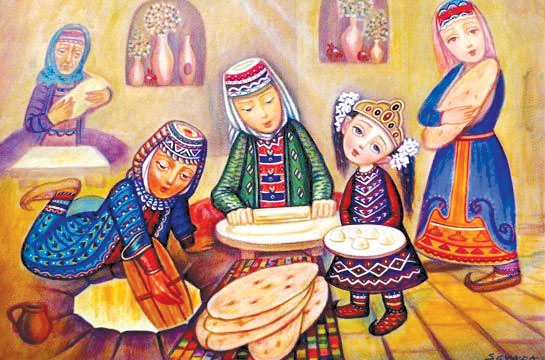 There are over 30 000 petroglyphs located in the different regions of the Republic of Armenia. Huge monolithic basalt statues up to 6 m high called Vishaps (dragons) are very peculiar and characteristic only to the Armenian Highland. They were erected in the sources of the natural and artificial lakes and springs and symbolised the unruly nature elements, awakening of the nature, fertility and profusion.

After the adoption of Christianity as a state religion first in the world in 301 AD, in the 4th-7th cc. AD religious buildings were predominant in Armenian architecture. Being the first and the only Christian country in the world during two decades, , the Armenians started elaborating types of church buildings that had no parallels in the neighbouring countries. Armenian architects of the 4th century elaborated completely new compositions of domed and especially central domed churches, having the Armenian national corbelled timber cover of ‘hazarashen’.

During the High Middle Ages, the new rise of the Armenian architecture not only continued reproducing the early mediaeval types of churches, but also perfecting them bringing them to a new level.

Currently, there are more than 24,000 monuments in the state list of monuments of the Republic of Armenia, and the number is growing year by year due to new scientific research.