From the desk of Editor-in-Chief 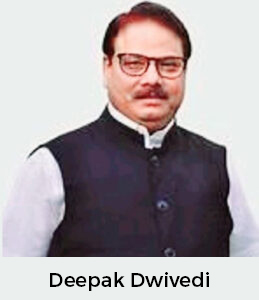 It is the best of times and it is the worst of times for the media. Even as the means and modes of communication have increased spectacularly and the flow of information has grown exponentially, concerns are being raised about the credibility of the mainstream media. Objectivity has become questionable and taking sides or indulging in even worse practices has become a norm for a large section of the media. In this milieu, we can either keep bemoaning the decline of the media or do something to make things better. We chose the latter.
Instead of being nostalgic about the good old days when the press championed the causes of people, we decided to come out with a media platform that will highlight development and meaningful change, a publication that is not politically motivated, ideologically inspired, or focused on sensational or negative news. This commitment, this passion is behind the publication of Blitz India.

Having decided to shun negativity and system-bashing, Blitz India will be an attempt at constructive journalism. It will focus on the ideas, policies, and programs that are shaping New India. The newsweekly will comprehensively cover the happenings that are improving the lives of people. We aim to present an honest, objective, and balanced picture of nation-building efforts that are being undertaken by individuals and institutions, within the country and abroad. In that regard, Blitz India will be a bold attempt to redefine development journalism. Despite the pandemic-induced economic slowdown, there is no denying the fact that a lot of good things are happening in India. Entrepreneurship, for instance, is blossoming. As Prime Minister Narendra Modi pointed out recently, entrepreneurship among Indian youth is at a “new height” and the number of registered startups has crossed 60,000 today. India also has more than 80 unicorns, of which more than 40 were formed in 2021, he informed. The fact that the country has been able to build an ecosystem that supports startups, making many of them unicorns, speaks as much about the soundness of the Government policies as about the enterprise of youngsters. Likewise, India has seen significant progress in the areas of infrastructure, healthcare, science & tech, digitalization, and clean energy, thereby becoming a success story of gigantic proportions.

All this has been possible, primarily, because India embarked upon the path of all-inclusive development with new-age policies, new socio-economic goals, and new agendas-the journey towards New India. Despite the storms and occasional setbacks, the journey continues without doubts and misgivings. Blitz India will report and record this incredible journey. It will be the chronicler of New India.

A boost to ties on range of issues