by Blitzindiamedia
in Business, National, News
0 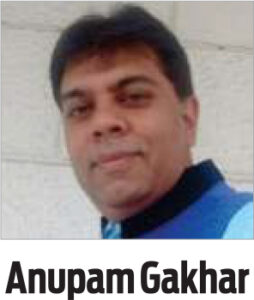 Syed Akbaruddin’s book ‘India vs UK’ is an engaging account of multilateral diplomacy from someone who was a key player in one of the proudest moments for India’s foreign policy establishment.

The year was 2017 and the United Nations was to elect a judge for a seat on the Bench of the International Court of Justice. In the past, the nominees of permanent members of the Security Council had dominted it.

Syed Akbaruddin was India’s Permanent Representative to the UN at that time. India hadn’t made a move for the election for another term for its current ICJ Judge, Dalveer Bhandari, who was elected for a six year term in 2012; but with Kulbhushan Jadhav’s case it realised the importance of having a Indian judge in the Court and decided to renominate Bhandari. 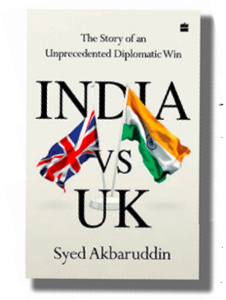 Akbaruddin got on the task, supported by the then Foreign Minister, Sushma Swaraj. He began garnering support in the General Assembly ratherthan lobbying hard with the Security Council members. It was a matter ofsix candidates for ve seats. The odds were stacked against India since the other candidates had a strong support of their groups and assuch four of the six were declared elected. Now a straight contest ensued between India and the UK.

As part of P5, the UK had a presence on the ICJ Bench for 70 years and this fortied its position. But there was an undercurrent of discontentment among members of the General Assembly against this privilege of P5. India waslooked upon to take the lead and break the precedent. It was here that India banked on Syed Akbaruddin’s brilliance and advice. India won the support in the UNGA but a stalemate ensued when UK won support in UNSC. Owing negligible support in the UNGA, UK had to withdraw and thistranslated into an unprecedented victory forIndia’s Bhandari for a term nine years.

Syed Akburuddin’s book gives a ringside view with powerful anecdotal evidence about the background manoeuvrings and diplomatic exchanges in the elections to the international institutions. It is a tribute to India’s diplomatic leadership at a global level and a must read for anyone interested in international affairs.

Ban on triple talaq: a bold move by modi govt towards gender justice