During the last seven years, the CBI’s sustained action against perpetrators of bank frauds has brought slow, but steady improvement in the non-productive assets (NPA) of the banks. As the RBI Governor Shaktikanta Das said at a CII event on March 21, the NPAs, or bad loans, have come down to their lowest levels. The agency’s record speaks for itself. It has y successfully solved many difficult and complicated cases that state police failed to do, but also taken it to the logical conclusion. Its conviction rate is the highest among any state police force.

In an affidavit filed in the Supreme Court recently, the CBI has said that its conviction rate has been 65- 70 % during the last ten years and the agency hoped to push it up to 75 % by August this year.

Unfortunately, the CBI is not only facing flak from vested interests and opposition parties but its investigations are being actively hampered by Opposition-ruled state governments. Recently The Supreme Court expressed concern over 150 requests by the CBI seeking specific sanction to probe cases pending with eight states — Maharashtra, Punjab, Rajasthan, West Bengal, Jharkhand, Chhattisgarh, Kerala, and Mizoramsince 2018. “This is not a desirable position,” a bench headed by Justice SK Kaul said. The Bench noted that these requests were made for matters relating to allegations of cheating, forgery, misappropriation, and also bank fraud cases.

The Bench also expressed concern over the stay granted by courts in CBI cases, thereby delaying the trial. “Both the aforesaid aspects need to be addressed,” it said, referring the matter to Chief Justice NV Ramana.

In the ongoing Budget session of Parliament, Finance Minister Nirmala Sitharaman also rang alarm bells about the negative effect of the political obstructions of the CBI’s work by Opposition-ruled states. She pointed out that the CBI investigations in the ABG Shipyard case were delayed because some state governments, including Maharashtra, had withdrawn the agency’s power to probe and their approval for the case came much later. 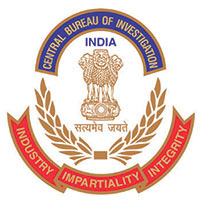 Political polemic has not been able to dent its credibility as the nation’s most professional investigating agency. Whenever the state police forces fail to act, people from all over the country demand a CBI probe

The powers of the CBI are defined under the DSPE Act. The Act states that its jurisdiction extends to all states under Section 5 of the Act. However, according to Section 6, the CBI can probe or conduct raids only with the consent of the State Government. In the past, almost all states had given general consent to the CBI in their jurisdictions, but after it started probing corruption charges against politically connected persons under the Modi Government, the Opposition ruled states have withdrawn it.

Now the CBI has to request the State Government’s specific sanction to probe any case in their jurisdiction and has to depend on its sweet mercy to go ahead with the probe. Another hurdle for the CBI is the rule for prior sanction before registering a case against a Government official at the level of Joint Secretary and above. Despite the Supreme Court coming down on the rule as unconstitutional, delays in granting sanctions for prosecution under the Prevention of Corruption Act continue to plague the trial in many cases.

Last year, a parliamentary committee asked the Government to assess the need for amending existing laws or bringing out new legislation to clearly define the mandate of the CBI and vest more power in it. The recommendation came after the CBI informed the panel that its investigations were impeded by the withdrawal of general consent by some states.