NEW DELHI: The Rajya Sabha on March 31 bade farewell to 72 members retiring this year as Prime Minister Narendra Modi hailed their contribution. “Char deewaron mein paya hua, char dishaon mein le jayein, ye hum sabka sankalp rahe (We may be moving out of these four walls, but we should take this experience from here to all four directions),” PM Modi said, adding that he hopes most members return. The 72 members are set to retire between March and July.

NEW DELHI: Stating that “actions and inactions of the CBI have raised questions regarding its credibility in some cases”, Chief Justice of India NV Ramana underlined on April 1 the need to set up a statutory, independent institution that could bring under one roof the CBI and other agencies like Enforcement Directorate (ED) and Serious Fraud Investigation Office (SFIO). This, he said, would end the multiplicity of proceedings and save them from being blamed as tools of political harassment.

GENEVA: The World Health Organisation (WHO) on April 2 suspended the supply of Bharat Biotech’s COVID vaccine, Covaxin, to allow the manufacturer to upgrade facilities and address deficiencies found during an inspection last month.

While there will be an interruption in the supply of Covaxin, the risk assessment to date does not indicate a change in the risk-benefit ratio, the WHO said, adding that available data indicate the vaccine is effective and no safety concern exists

MUMBAI: The Enforcement Directorate (ED) has attached eight land parcels in Alibaug and a flat in Mumbai’s Dadar suburb linked to Shiv Sena MP Sanjay Raut and his family under the Prevention of Money Laundering Act (PMLA). Reacting to the development, Raut said he is not scared and will fight and expose everyone.

RAJKOT: The Family Business Conference was organized by Atmiya University and under the guidance and patronage of P.P. Shri. Tyagvallabh Swamiji. He explained the importance of family values in a business model and categorically stated that business skills were in the blood of Gujaratis. The purpose of the conference was to guide and inspire students of the new generation to pursue ethical and sustainable business models. Shri Shiv Kumar Tripathi, ViceChancellor addressed the students as “KarmaYogis”. He focused on the importance of Sustainable Development Goals, informing that Rajkot had become the first SDGaware city in the country and how this awareness was helping in the city’s growth and sustainable future. Prof. Dr. Wolfgang C. Amann from HEC Paris who joined the conference online from Doha highlighted how the family businesses were outperforming non-family businesses around the world. Dr. Hitesh Shukla from Saurashtra University, the keynote speaker, told the gathering that only 3% of businesses go beyond the third generation since the rules applicable to the first generation might not apply to the next generation. Sh. Chandubhai Virani of Balaji Wafers was vocal about giving independence to the next generation in the family business to flourish and learn. Dr. Sheenu Jain, Head of Entrepreneurship and Innovation, IIHMR University, Jaipur emphasized women’s role in growing through the prism of a family business taking over family businesses with their skills and abilities. Shri Ajay Thakur, Head, MSME and Start-up, Bombay Stock Exchange, Mumbai talked about value creation and capability being the basis of business inheritance in families. The conference was an eyeopener for many and a rich learning experience for the students of the university.

Bill to unify MCDs sails through the House

NEW DELHI: Parliament passed the Delhi Municipal Corporation (Amendment) Bill, 2022 to unify three civic bodies of the national Capital with the Rajya Sabha approving the legislation on April 5 with a voice vote. There were strong protests from Opposition parties who called it an attack on federalism — an allegation Union Home Minister Amit Shah sharply denied.

AMARAVATI: Andhra Pradesh Chief Minister YS Jagan Mohan Reddy’s entire Cabinet resigned on April 7 in a precursor to a mega overhaul a little over halfway through his term, ahead of the 2024 state election. Twenty-four ministers handed in their resignations after a Cabinet meeting, in the first step towards the big do-over. The makeover was anticipated as Reddy had said he would go in for an entirely new team halfway through his term.

Delhi and Maha do away with masks

NEW DELHI: With the COVID-19 cases declining significantly, several states have decided to lift all the pandemic-related restrictions, including the mandatory wearing of face masks. Maharashtra, one of the worst-hit states, and West Bengal on March 31 announced that all curbs related to the viral disease would be lifted, while Delhi decided to do away with the mandatory wearing of face masks in public places. The withdrawal of the COVID-19 curbs came almost two years after the pandemic struck in March 2020. 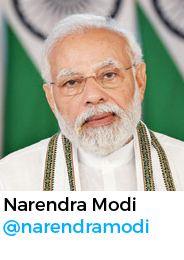 India is full of entrepreneurial energy and the Stand Up India initiative is a part of the ongoing efforts to channelize this spirit to further progress and prosperity. #6YearsofStandUpIndia. Narendra Modi @narendramodi In the last 8 years the government of India has focussed on port-led development which includes expanding port capacities and making the existing systems even more efficient. Waterways are being harnessed to ensure Indian products get access to new markets. 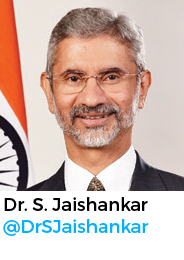 The Stand Up India Scheme is promoting entrepreneurship and creating jobs and empowerment at the grassroots. Truly assisting those who need it most. #6yearsofStandUpIndia @DrSJaishankar In 21st century India, women must be financially empowered with equal access and opportunities write my Cabinet colleague @smritiirani Highlights PM @narendramodi’s strong belief that women are nation-builders. 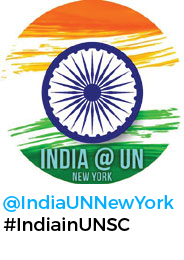 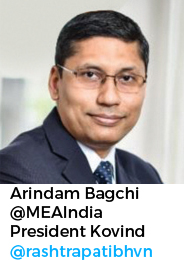 & First Lady Smt. Savita Kovind were welcomed by King WillemAlexander & Queen Maxima at the Royal Palace, Amsterdam @koninklijkhuis President inspected the Guard of Honour and laid a wreath at the Dam Square in Amsterdam. #NLD75IND 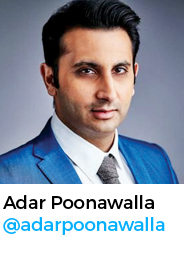 for administering #1MillionVaccination doses. A commendable feat and a big shoutout to the Bajaj family for their wholehearted support towards this cause, @sanjivrbajaj 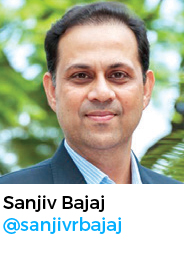 The #BajajGroup supported mega #vaccination drives were a big step towards realizing the immunization initiative of our Govt. We salute the committed effort of the district authorities & 5,000+ frontline staff for making this #1MillionVaccination milestone possible
Previous Post

Sustainability reports are the foundation of future business