Lord Swraj Paul is a British tycoon and philanthropist of Indian origin but he considers himself” 100% Indian and 100% British:’ And both countries consider him as theirown. In 1996, the then-British Prime Minister John Major appointed him a life peer. Years earlier, Indira Gandhi’s Government had honoured him with Padma Bhushan, India’s third highest civilian award.In a free-wheeling conversation with Blitz1NDiA, he talked about, among other things, ties with India, his life journey, and the Indian economy. Despite his tremendous charitable and philanthropic work, he remains humble. As he says, “I do my bit, and may God help me:’ Following are the excerpts from the interview: 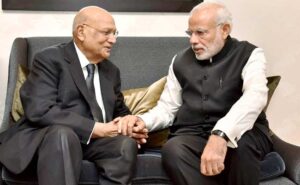 “I consider him (Prime MinisterNarendra Madi) an honest man who almost eradicated com,ption.” 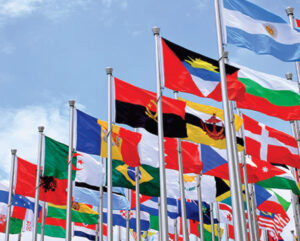 “Both organisations (Commonwealth and UN) are playing an important part working in having countries together.”

BLITZINDIA To begin with, what is India in your eyes? How would you like to describe the country of your birth?

LORD SWRAI PAUL India is, was and will remain a wonderful, lovely country. I am very proud to be Indian and in spite of the fact that I am British by nationality, I never fail to say that I am 100% Indian and 100% British. In 1997, I shocked a BBC TV journalist by answering the same.

LSPGood questions and I am glad you asked them.
Please work hard, get a good education and be honest. The world is at your feet.

I owe it to the British people, the British Government and Her Majesty, the Queen, for giving a young man, a highly experienced engineer and businessman, the chance to come to London for his daughter’s leukaemia treatment where after three years she died.

I started a business borrowing £5,000 from a small bank, and today Bull Moose Tube in the US and Caparo in the rest of the world is a successful business, 100% owned and at 90 years old I am still working 16.5 hours a day. Thank you for giving me this opportunity!

Rotary in service to the nation: Key initiatives