Nature is suffering. Oceans are filling with plastic and turning more acidic; extreme heat, wildfires, and floods have affected millions; and we are still facing Covid-19, a worldwide health pandemic linked to the health of our ecosystem. “We are wreaking havoc on our own home – the only home we have, the one home we all share,” President Shahid told an interactive dialogue on Harmony with Nature.

He encouraged the international community to accept responsibility for its reckless behavior, noting that science has shown that “our continued and careless encroachment into the world’s ecosystems” has damaged biodiversity and endangered human health and well-being. 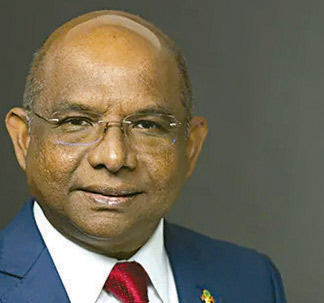 “Let us embrace education, technology, and science that helps safeguard a healthy planet for everyone, including the young people who will inherit this planet”

Referencing this year’s theme of “Harmony with Nature and Biodiversity: Ecological economics and Earth-centered law”, President Shahid called for a shift to green economies. “Let us embrace education, technology, and science that helps safeguard a healthy planet for everyone, including the young people who will inherit this planet,” he underscored. The senior UN official said that the international community needs to use the tools and targets of the Paris Agreement on Climate Change and the 2030 Agenda for Sustainable Development as blueprints for a sustainable recovery from Covid-19.

An interactive dialogue followed, with statements from UN member states, observers, experts, and others. This included two panels, the first entitled ‘Earth-centered Law to Protect Biodiversity in Harmony with Nature”; and the second, “Ecological Economies to Protect Biodiversity in Harmony with Nature.’ The interactive dialogue is called for in GA resolution 75/220, “to discuss the relationship between harmony with nature and the protection of biological diversity, and to inspire citizens and societies to reconsider how they interact with the natural world in the context of sustainable development.”

Climate change, man-made changes to nature as well as crimes that disrupt biodiversities, such as deforestation, land-use change, intensified agriculture, and livestock production, or the growing illegal wildlife trade, can accelerate the speed of destruction of the planet.

This is the first Mother Earth Day celebrated within the UN Decade on Ecosystem Restoration. Ecosystems support all life on earth. According to a UN statement, the healthier our ecosystems are, the healthier the planet and its people will be. Restoring our damaged ecosystems will help to end poverty, combat climate change and prevent mass extinction. But we will only succeed if everyone plays a part, it said. For this International Mother Earth Day, the UN gave a call to remember, more than ever, that we need a shift to a more sustainable economy that works for both people and the planet.