A Buddhist and Communist country, Laos acquires a very important place in India’s foreign policy due to India’s ‘Look and Act East’ policy. Though this small country of Southeast Asia is virtually sitting on the lap of China, India knows its strategic geographical importance among ASEAN countries.

A 500-strong Indian community in Laos has grown in profile over the years. It is primarily engaged in jewellery trade, restaurant and hotel industry, manufacturing, garments, mining, plantations and agarwood. A few members of the Indian community work for international organizations, multinationals, consulting organizations and private businesses. The ASEAN India Business Council (AIBC), based in Malaysia, has a Chapter in Laos.

Laos is a part of India’s extended neighbourhood as only one country, Myanmar, separates Laos from India’s North-East. The distance from the Lao border with Myanmar in the North to Manipur border in India is less than 2,000 km. As the Indian presence grows and the Indians’ success stories become more pronounced, the India-Laos relations in multiple spheres are likely to grow. The views of both the countries converge on many issues of mutual interest in international forums. Laos supports India’s claim for a permanent membership of the UN Security Council. There have been many high-level visits between the two countries right from 1956 onwards and many important bi-lateral agreements signed thereafter.

The bilateral trade between India and Laos in 2018-19 was worth $ 40.42 million, including exports worth $39.38 million from India to Laos and imports worth $1.04 million from Laos to India. The major items of export from India to Laos were electrical machinery and equipment and motor vehicles/cars while the main items of import from Laos to India were plywood and allied products and shellac.

The Government of India has been providing nearly 120 scholarships annually to Lao nationals under various schemes. So far, under ITEC, it has trained about 1500 Lao nationals. The Centre for Excellence in Software Development and Training (CSEDT) was inaugurated in Vientiane on November 26, 2018. An MOU was signed with the Ministry of Information and Culture in May 2007 for the restoration of the Unesco World Heritage Site at Vat Phyu, an ancient Shiva Temple. The work on the project began in June 2009. Eight seasons of the restoration work in Phase-I were completed in May 2017. The Phase-II of the project commenced in November 2018 and was completed last year. 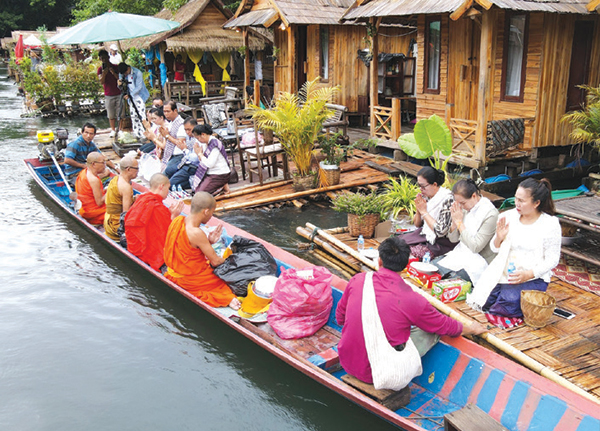 During the Covid-19 pandemic, Prime Minister Narendra Modi had a telephonic conversation with his counterpart Thongloun Sisoulith, the then Prime Minister of Lao PDR. The two leaders exchanged views on the health and economic challenges posed by the pandemic. Sisoulith commended the effective measures undertaken by the Government of India to contain the spread of the pandemic in the Lao PDR.

The Lao PM also thanked PM Modi for India’s support for Lao PDR’s development programmes, in capacity-building and for scholarships. A consignment of medicines and medical supplies gifted by India to Lao PDR was handed over to the Health Minister of Laos to support its fight against the panademic.

Three months back, a bilateral trade summit was held in New Delhi in which Laos Ambassador in India Bounneme Chouanghom thanked the Indian Government for supporting ITEC programmes.

The small ASEAN nation of Laos is in dire straits. With Chinese debt having crippled its economy, the country seems to be heading the Si Lankan way. As the cost of a US dollar shoots up to 15,000 Laotian kip, people have started wondering if Laos will fall into the Chinese debt trap, as Sri Lanka did only recently.

Though Laos is a Communist state and public dissent is unwelcome, the people of this Southeast Asian country are increasingly getting angry and frustrated with the state of affairs.

Oil shortages have begun hitting the country and long queues at fuel stations are now a common sight. Apart from its debt crisis, Laos’s currency, the kip, has begun to nosedive. Inflation is also soaring. By all counts, an economic storm is set to turn the country upside down. Around this time last year, the Lao kip was trading at about 9,430 per US dollar. Now, the purchase of one US dollar requires around 15,000 kip, a depreciation of over 40 per cent. Inflation numbers present an equally scary picture; the latest estimates peg it at 13 per cent.

The biggest concern for Laos continues to be its mounting public debt. Last year, it reached $14.5 billion, with about half of the amount owed to China alone. According to Nikkei Asia, Laos also owes 11 pc of its debt to China from bilateral loans. The World Bank says Laos’ foreign debt is estimated to be $1.3 billion.

Laos has chosen to remain aloof from global trade. While trade with the West is negligible, its only meaningful trade partners are China, Thailand and Vietnam. China has debt-trapped Laos while pretending to be its friend.

In 2020, for example, Laos ceded majority control of its electric grid to a Chinese company. The Chinese investment in Laos’ power, transport, a border economic zone and other projects totals over $16 billion. Prime Minister Phankham Viphavanh, it seems, has entered the game rather late. He has now shifted the Government’s entire focus towards saving Laos from an economic crisis. At the moment, though, the country’s problems seem insurmountable.

An epochal moment in India’s history

Strategic role of India in unification of Koreas