NEW DELHI: In their first direct conversation since Rishi Sunak entered 10 Downing Street as Prime Minister of the United Kingdom, Prime Minister Narendra Modi spoke to his UK counterpart on October 27, and after sharing warm congratulatory messages and thanking each other, they both agreed on the urgency and importance of an early conclusion of a comprehensive and balanced Free Trade Agreement. 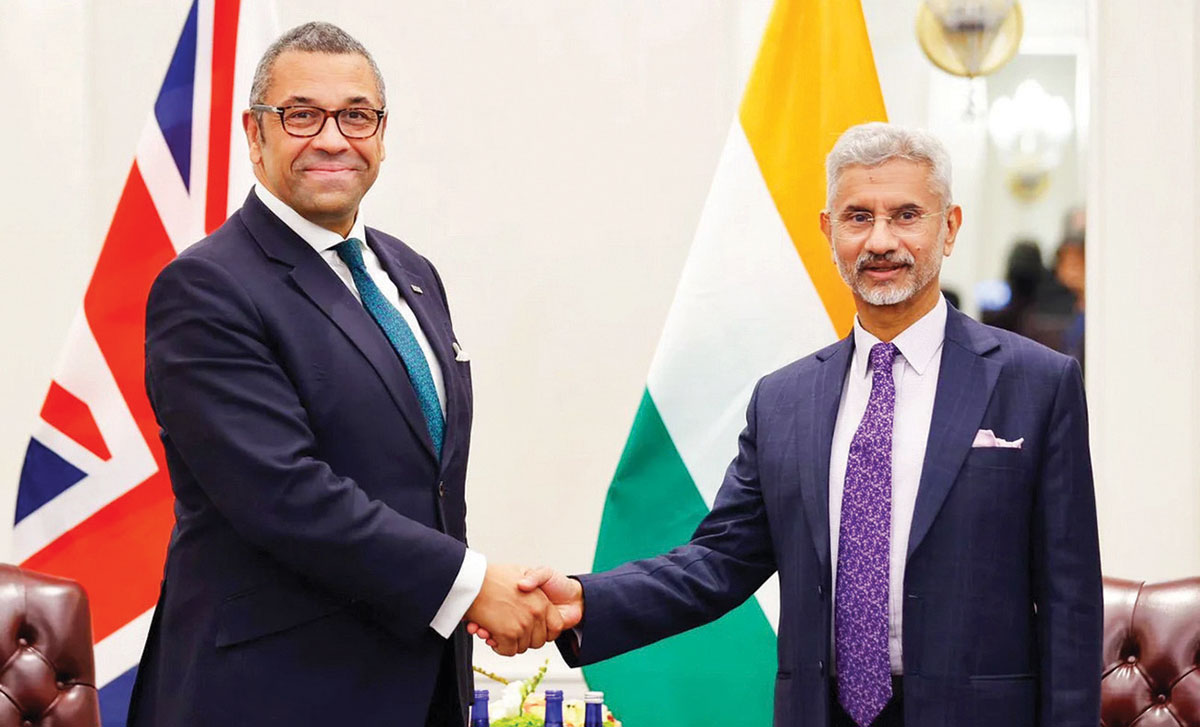 Following the phone conversation, both the Prime Ministers tweeted their messages.

The phone conversation between the two Prime Ministers took place a day ahead of the new British Foreign Secretary James Cleverly’s visit to India. In Mumbai, on October 28, Cleverly paid respect to those who lost their lives in the terror attack at the Taj Mahal Palace Hotel in 2008. On October 29, Cleverly travelled to New Delhi to speak at the Special Meeting of the United Nations Security Council Counter-Terrorism Committee.

Cleverly is scheduled to meet Minister of External Affairs S Jaishankar to discuss the latest on the 2030 Roadmap, the landmark commitment to boost cooperation between India and the UK over the next decade under the Comprehensive Strategic Partnership.

Total trade between India and UK stands at $17.5 billion in 2021-22. This is likely to get the much-needed impetus with Sunak moving into 10 Downing Street.

Modi further tweeted: “We will work together to further strengthen our Comprehensive Strategic Partnership. We also agreed on the importance of an early conclusion of a comprehensive and balanced FTA.” Sunak warmly thanked Modi and expressed his gratitude in a tweet, saying: “Thank you Prime Minister@ NarendraModi for you kind words as I get started in my new role. UK and India share so much. I am excited about what our two democracies can achieve as we deepen our security, defence and economic partnership in the months and years ahead.”

According to a UK readout, Sunak said he was a “visual representation,” of the historic links between the UK and India and intended to build on this relationship to develop even closer ties.” Discussing shared global challenges, Sunak praised Modi’s leadership on tackling climate change.

For the record, Sunak has always been a champion of UK-India Free Trade Agreement. In his previous role as Chancellor of the Exchequer, in the Boris Johnson regime, Sunak has openly expressed support for the FTA as he admitted seeing enormous opportunities for both UK and India, particularly in the fintech and insurance sectors.

The British and Commonwealth Office gave out an official statement on this momentous occasion of Cleverly official visit soon after joining office as Foreign Secretary: “Since it was launched last year, huge progress has been made, including the start of an ambitious freetrade negotiations and expansion of our defence and security partnership, including through a visit to India last year by HMS Queen Elizabeth and the Carrier Strike Group (CSG), and joint exercises to enhance cyber security collaboration.”

Cleverly, ahead of his arrival to India, said: “Our relationship with India is hugely important to me; as the world’s largest democracy, India is a natural partner for the UK in the Indo-Pacific. It is an economic and tech powerhouse. Our deeper ties will boost our economies and help us to trade global security challenges.”

India and the UK launched negotiations for the FTA in January this year with an aim to conclude talks by Diwali but the deadline was missed due to a lack of consensus on issues.

Health security for all is Govt commitment