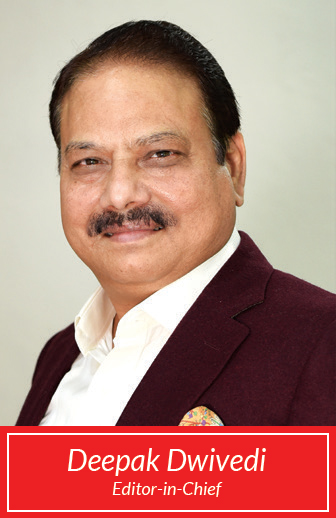 The debate over the collegium system for appointment of judges has heated up again and we bring you a special package on this. We begin with eminent jurist Harish Salve’s scathing attack on the system and his demand for immediate disbanding of this “arbitrary” practice. Salve’s critique is of particular significance as it came at a panel discussion in which he shared stage with the recently-retired Chief Justice UU Lalit. The other story on the front page is based on our conversation with Salve, who is not only a Senior Advocate of long-standing and former Solicitor General of India, but also a King’s Counsel for the courts of England and Wales. A leading counsel in the fields of constitutional law, international law, human rights and arbitration, he has successfully represented India in many global courts, informs our report.

If a legal brain with such outstanding credentials comes up with a formidable argument against the prevailing system of judges’ appointment, it certainly needs to be taken serious note of. And that’s what we have attempted to do.

The collegium package is strengthened with two research-based reports on the Centrespread. In the first, we take a look at the procedures of judicial appointment in the US and other democratic countries. While there is a near-universal consensus on the importance of judicial independence in all countries, legal systems practice a wide range of selection mechanisms, says our report. It then goes on to explain the judges’ appointment process prevalent in these countries.

The other report takes a deep dive into the origin and evolution of the collegium system in India. The page also carries excerpts from a letter sent to the President by a lawyers’ body on the “flawed selection process of judges in the higher judiciary.”

The assumption of G20 presidency is, undoubtedly, India’s Vishwaguru Moment and that’s the focus of our insightful report on the Rising India Page. Pegged on Prime Minister Narendra Modi’s latest episode of Mann Ki Baat, the report argues how with geopolitics redefining geo-economics, G20 presidency is an opportunity for India to emerge as the chief global diplomat and the economic and ecological symbol of hope and optimism. The COP27 got over at Sharm El-Sheikh a few days back and experts are still analysing the full gamut of its impact and implications for the developed and the developing world. As in the last issue, once again we bring you two scholarly pieces on the all-important conference.

With India, like all other countries, in the grip of FIFA World Cup fever; we introduce our readers to the man who has the distinction of being the only Indian referee ever to officiate in the prestigious event. In an exclusive chat with Blitz India, this assistant referee from Chennai recalls some of his glorious moments in the 2002 tournament, besides talking about his initial nervousness when he officiated in the match between Mexico and Croatia and his disappointment at missing out on the 2006 World Cup in Germany for some inexplicable reasons.

Enjoy reading all this, and much more!