Double-engine model of governance heralds an era of peace, development in the Northeast region 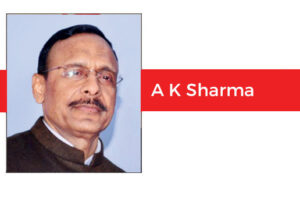 Northeast India will become the engine of the country’s growth in the 21st century,” Prime Minister Narendra Modi said while addressing the Statehood Day of Arunachal Pradesh on February 22 this year. Three major developments during the past weeks show that his Government is committed to walking the talk.

Double-engine model of governance heralds an era of peace, development in the Northeast region

On March 31, it announced a considerable reduction of ‘disturbed areas’ under the Armed Forces (Special) Powers Act (AFSPA) in Assam, Manipur, and Nagaland following a decline in the insurgency. Two days earlier, Assam and Meghalaya resolved part of their five-decade-old inter-state border dispute. Earlier, on March 10, the Bharatiya Janata Party swept the assembly polls in Manipur, extending its rule over all the seven states in the Northeast on its own, or with allies.

All this signifies a remarkable shift in the socio-political landscape of India’s Northeast region, where internal strife and insurgency had proved to be a major roadblock to the development process for several decades.

As PM Modi succinctly put it, the stage is now set for the double-engine model of governance to herald a new era of sustainable development in the resource-rich region and improve the lives of its people.

The reduction of the areas under AFSPA in the Northeast and the progress in the resolution of the Assam-Meghalaya border disputes are indicators of a “significant improvement in the security situation and accelerated development and political agreements”, Home Minister Amit Shah pointed out.

At a higher level, it reflects a significant shift in the Union Government’s approach toward the problems in the Northeast. Instead of only relying on armed forces to combat insurgency, the Modi Government is placing greater reliance on accelerated development and deeper political engagement with the people as primary tools of its new policy.

Peace and development are two parallel tracks. Development cannot prevail without peace and vice versa. The region is now witnessing infrastructure development and improvement in law and order and better connectivity. With the removal of AFSPA from 15 police stations in Manipur, many multinational companies will see the Northeast as a perfect destination for investment.

Importantly, for the first time, five politicians from the Northeast are part of the Prime Minister’s Council of Ministers — the highest-ever representation of the region. During his over seven years in the office, PM Modi has made more visits to the region than any of his predecessors.

Immediately after coming to power, he had instructed all the Union Ministers to visit one Northeast state every fortnight to ensure that the region is better integrated with national policies and priorities. As a result, the Northeast has undergone a massive transformation, thanks to PM Modi’s initiative of changing the ‘Look East Policy’ into ‘Act East Policy’.

As PM Modi succinctly put it, the stage is now set for the double-engine model of governance to herald a new era of sustainable development in the resource-rich region and improve the lives of its people

Roads are the arteries of development, and the Narendra Modi Government is building these at the fastest possible speed. With many of the roads near completion, it will bring trade and access parity to the Northeast.

The connection between Silchar in Assam and Agartala in Tripura has now been cut down to seven hours from 12-13 hours earlier. The distance between Imphal and Nagaland has been cut down to less than four hours.

The National Highways and Infrastructure Development Corporation (NHIDCL) has ongoing projects worth Rs 92,000 crore for a total of 5,313 km, of which around Rs 70,000 crore is to widen around 4,300 km of roads in the Northeast.