The Cataclysmic Cogs Of Climate Change

Too little, but not too late, for 1.5 degrees centigrade

Apicture is worth a thousand words. Take a look at the above picture of a helpless schoolgirl in uniform at India Gate from the capital city, trapped in the dense smog. She could be your daughter. She symbolises the cruel dilemma of all our school children, who are forced to inhale the poisonous air leading to serious health ailments. Delhi has been ranked the most polluted city in the world. This is a regular feature of Delhi, each winter, every summer scorcher, and each monsoon. The shameless authorities appear deaf and blind.

This past year has seen massive negative impacts from climate change at home and abroad: heatwaves and wildfires in India, Europe, Canada and the USA resulting in thousands of deaths, and devastating floods in Pakistan ravaging one-third of the country. Severe droughts in southwestern China and Tasmania and Baladonia in Australia. Droughts in Europe, East Africa, and North America. Intense tropical storms in the central Pacific and North Atlantic.

Climate Transparency is a global partnership of organisations that provides an annual stocktake of G20 climate actions. In a stern warning, CT’s 2022 report flagged at the end of last month, warns:

“Climate change impacts are increasing across the world leading to heatwaves, droughts, floods, and wildfires causing devastation every day, people are dying, others are losing their homes and their livelihoods, and ecosystems are being destroyed. Energy prices have skyrocketed in many places in the world. Energy supply is not secure and food prices are steeply increasing, with climate change impacts contributing to the crisis” The CT report claims that we are in the midst of a crisis that threatens the very foundations of our societies.

The report flagged how G20 countries recorded very high emissions in the energy sector despite dire warnings from the Intergovernmental Panel on Climate Change (IPCC) that the countries must halve emissions by 2030, to keep the 1.5-degree Centigrade warning limit alive. This pledge was enshrined in the Paris Agreement under the United Nations Framework Convention on Climate Change adopted in December 2015, also called Paris Climate Agreement or COP21.

Noting that the negative impacts of climate change will increasingly become more severe with increasing global temperatures, the report said 10 per cent of the current population of India and Brazil will most likely be affected by heatwaves in the future. The reason, the report argued, given the average global temperature in 2021 already reached 1.1 degrees Centigrade above pre-industrial levels (1850 to 1900).

If the global temperatures were to rise to 3 degrees Centigrade because of inadequate mitigation targets, the populations likely to be affected in India will be as high as 30 per cent and in Brazil, as high as 20 per cent, inflicting devastations in these two key G20 countries (see A G20 stocktake picture at the bottom). 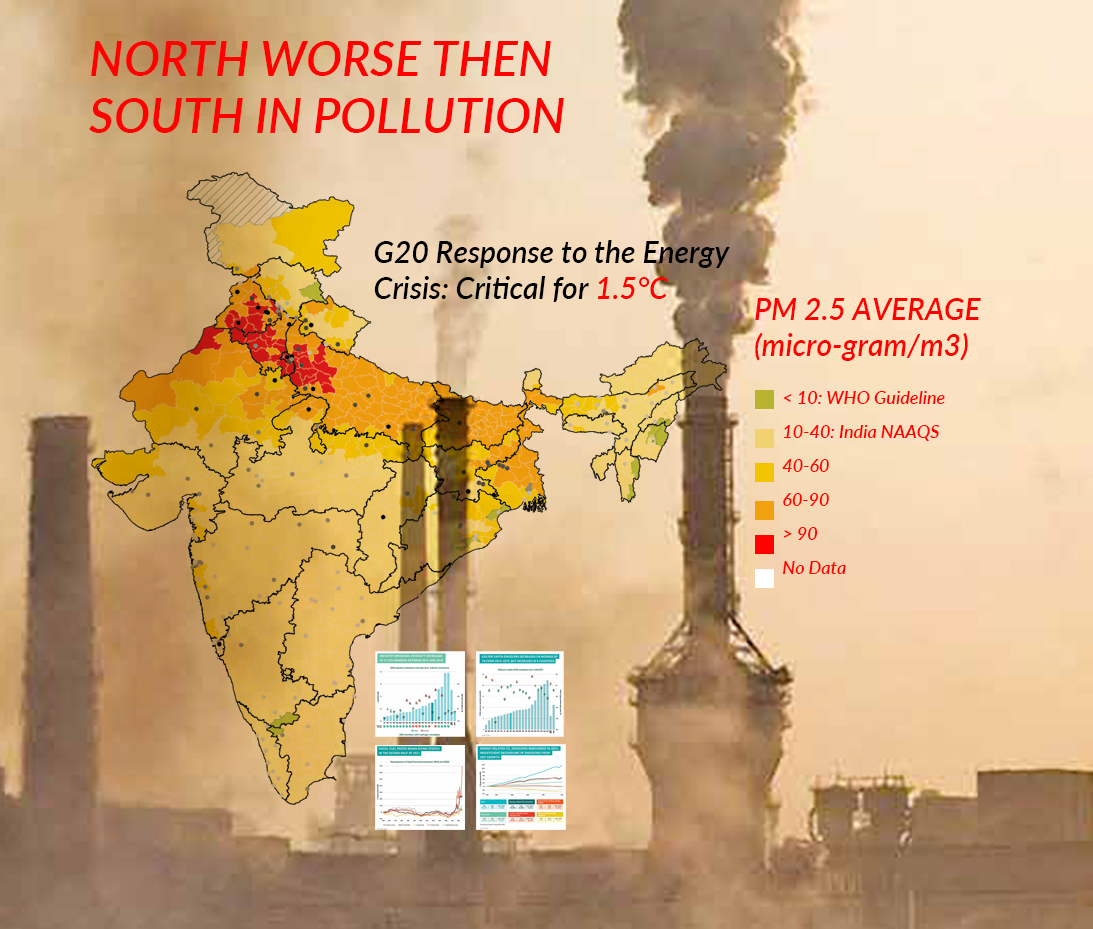 13 of 20 most polluted cities in India: WHO report

The WHO recently published data on global pollution focusing on airborne particles smaller than 2.5 micrometres (known as PM2.5). These particles come from coal and vehicles, and, at high levels, have been linked to serious respiratory problems. Thirteen of the world’s 20 most polluted cities are all in India. The WHO study shows that air pollution levels in Indian cities have not shown any improvement in the last five years.

If anything, things have gotten worse. As the accompanying map clearly shows, North India is faring worse than South India. Ironically, the Punjab-Haryana-Delhi region, the richest agricultural zone, one that sired the Green revolution and the fastest growing industrial zone of Gurgaon-NoidaDelhi has the worst indicators of pollution levels (marked in red). Indian cities have much higher PM2.5 levels than China. China and India have the largest coal reserves globally. 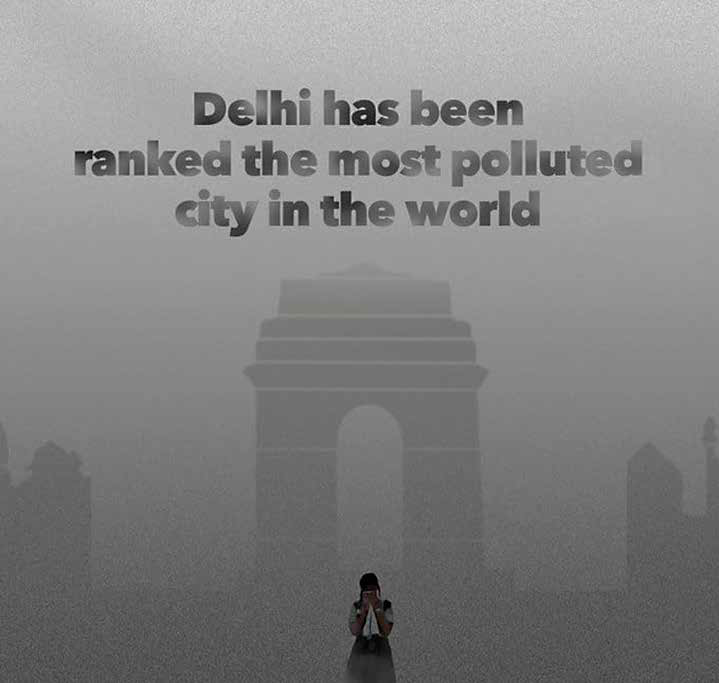 A study conducted by Rohini Pande, Director of Harvard’s Kennedy School which appeared in the Economic and Political Weekly, estimates that 660 million people in India now live in areas where PM2.5 levels exceed the country’s national air-quality standards. That excess pollution alone, Pande estimates, reduces life expectancy at birth by 3.2 years, on average. The loss of more than two billion life years is a substantial price to pay for air pollution. It is in India’s power to change this in cost-effective ways that allow hundreds of millions of its citizens to live longer, healthier, and more productive lives, says Pande.

There are enormous inequalities linked to greenhouse gas (GHG) emissions. The top 1 per cent of individual emitters are responsible for 17 per cent of global emissions; the poorest half is responsible for only 12 per cent. This difference between the rich and the poor’s contribution to this global problem applies in most countries. For example, the per capita emissions in sub-Saharan Africa are 1.6 tCO2/yr; in North America, they are 21 tCO2/yr.

The COVID-19 pandemic could have been a point of transformation but, instead, we have returned to business as usual in the way we generate and use energy. The CT 2022 report claims that after a short dip in 2020, the G20’s emissions have rebounded in 2021 to nearly the level experienced in 2019: “not enough renewable energy added; no speeding up the coal phase-out; no reduction in deforestation; and no acceleration of the exit from fossil-fuelbased transport.” Too little, but not too late for 1.5 Centigrade. The 21st century – indeed the next decade – will be judged by whether we will solve the climate crisis by acting decisively now.

Food for thought for states

Food for thought for states