The Kingdom of Rama

On 21 November 1947, Gandhi began his prayer meeting speech in Delhi by extolling the virtues of cows’ milk. He recalled the time in 1927 when, during an intense tour of southern India, he saw the ‘best cow in the whole of Asia’, at a military dairy run by a certain Col William Smith in Bangalore. He then answered three questions from the audience, ‘What is meant by “Hindu”? What is the origin of that word? Is there anything called Hinduism?’

The term ‘Hindu’, he said, did not occur in the Vedas. The Greeks, under Alexander, coined it for people across the river Sindhu (Indus), changing the S into an H.

A threat to humanity

“The religion of the people living in this region [east of Indus] came to be known as Hinduism which, as you are well aware, is the most tolerant of religions. It gave shelter to the Christians who had escaped from the harassment of the people of other religions. Besides, it also gave shelter to the Jews known as Beni-Israel and also to the Parsis. I feel proud to belong to the Hinduism which embraces all religions and is very tolerant. The Aryan scholars followed the Vedic religion and India was first known as Aryavarta. I do not wish that once again the country should be known as Aryavarta. The Hinduism of my conception is complete in itself. Of course, it includes the Vedas, but it also includes many other things. I do not think it is improper to say that I can proclaim the same faith in the greatness of Islam, Christianity, Zoroastrianism and Judaism without in any way impairing the greatness of Hinduism. Such Hinduism would live so long as the sun shines in the sky.” 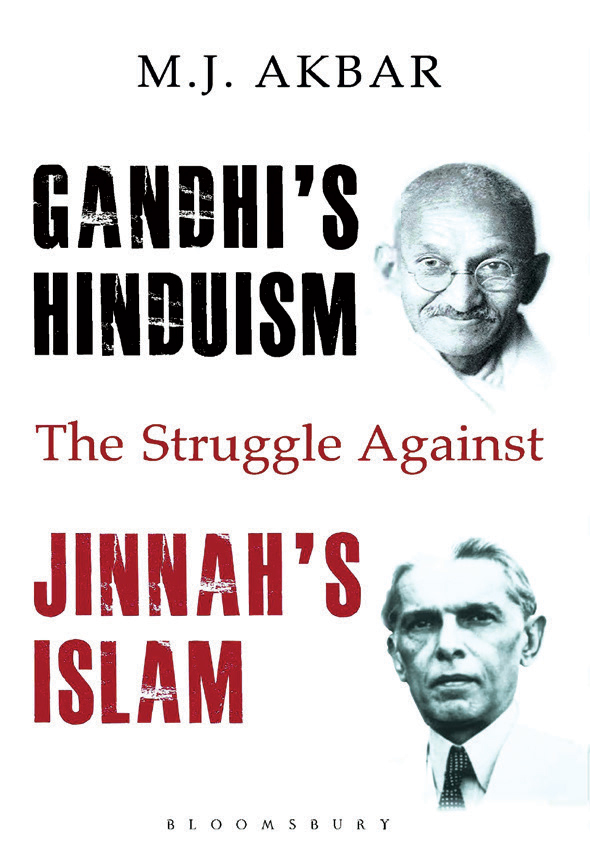 This did not mean that Gandhi accepted that Hinduism as then practised always reflected its essence. As a teenager, he had almost veered towards atheism after reading Manusmriti. Parallel to his politics ran a zeal to rid Hinduism of odious evils like ‘untouchability’, which he called satanic. Reform, he said, was necessary for the very survival of Hinduism. He became angry when water from a village well was denied to ‘low castes’, noting, acerbically, that a cow could drink this water but not a ‘Sudra’. What he did learn from religion, in his own words, was:

“[T]he conviction that morality is the basis of things, and that truth is the substance of all morality. Truth became my sole objective. A Gujarati didactic stanza likewise gripped my mind and heart. Its precept—return good for evil—became my guiding principle. It became such a passion with me that I began numerous experiments in it. Here are those (for me) wonderful lines: For a bowl of water give a goodly meal; For a kindly greeting bow thou down with zeal; For a simple penny pay thou back with gold; If thy life be rescued, life do not withhold. Thus the words and actions of the wise regard; Every little service tenfold they reward. But the truly noble know all men as one, And return with gladness good for evil done.” If Hinduism shaped Gandhi, then Gandhi also reformed Hinduism.

The story of India’s liberation from colonialism has subsumed the narrative of Gandhi’s liberating impact on the internal fault lines of his faith.

His metaphor for a post-British utopia was ‘Ramarajya’. Through the freedom struggle, Gandhi promised Indians the peace and shared prosperity of Ramarajya. He used the term because peasants and farmers would quickly understand it as a definition of change, of a new order after freedom. God could only appear to the poor, said Gandhi, in the form of work; neither strife nor poverty had any place in Ramarajya.

The blood and chaos that accompanied India’s independence were the very antithesis of Ramarajya. On 19 October 1947, Gandhi lamented in Delhi: “I admit that we have won it [freedom] on August 15. But I do not regard it as true Swaraj. It is not the Swaraj of my conception. Nor can this Swaraj be called Ramarajya.

The temple and the mosque are one and the same. Then why is it that the Muslims should destroy the temples and Hindus destroy the mosques? They are equally at fault in the eyes of God…. I have already said that I shall either do or die in Delhi.” Those were fateful words

Ban on triple talaq: a bold move by modi govt towards gender justice