Sudarshan Venu, JMD of TVS Motor Company, with officials of SEMG and TVS

The fear that liberalization and globalization would help MNCs take over Indian companies and that foreign giants would become new East India Companies behind us. Prime Minister Narendra Modi’s boost to economic reforms, with special emphasis on Atmanirbhar Bharat and Make in India program, has galvanized and emboldened Indian companies to not only perform better but also think big and cross frontiers.

The latest example is TVS Motor Company’s acquisition of Swiss EMobility Group (SEMG), Switzerland’s top electric bikemaker, towards the end of the last month. The acquisition will help TVS become a stronger Indian brand and improve its market share in the European market.

The Chennai-headquartered firm acquired about 75 percent in SEMG, which has been valued at $ 100 million and has a one-fifth share in the Swiss e-bike market. Four months ago, TVS picked up 80 percent in Swiss-based e-bike company, EGO Movement. About two years ago, it bought the motorcycle brand Norton.

With the latest acquisition, TVS Motor’s e-bike business has touched $100 million in Europe, which is the largest e-bike market in the world growing at more than 18 percent a year. The global e-bike market is estimated to reach $25 billion in the next five years.

Headquartered in Switzerland, which is seen as the hub of future mobility and a leading market with multimodal and intermodal urban transport in Zurich, SEMG is expected to hit revenue of$100 million this year. The acquisition of this premium brand gives TVS an edge to play across the globe, starting with Europe.

According to media reports, TVS Motor’s Europe expansion across traditional premium motorcycle and electric bikes segments in the past two years further strengthens the company’s global play. In the motorcycle segment, it sells more bikes in the overseas markets, including emerging markets, than in the Indian market. Now, it eyes similar strong play in a developed market like Europe, led by e-bikes.

Sudarshan Venu, Joint Managing Director of TVS Motor Company, who has all along been bullish about electric mobility, was quoted as saying, “The acquisition rationale is very compelling:’ Firstly, he said, “it’s in line with our push towards electric personal mobility solutions led by e-bikes and other solutions in the European market. Also, Switzerland has always been known for high precision engineering, quality, and technology leadership. SEMG has four main e-bike brands Cilo, Simpel, Allegro, and Zenith, and have a very strong Swiss heritage and come in different segments of commuting. SEMG is now focusing on Germany and Switzerland.”

According to the reports, Venualso said, “TVS Motor management would focus on expanding SEMG’s presence into newer locations of DACH region (Germany, Austria & Switzerland), where e-bikes have been growing at CAGR of 20 percent, and also into many other markets, including India, as the company sees a potential for all the brands in these regions.”

“With prestigious brands like Cilo, Simpel, Allegro, we believe that in India and in many other markets, there’ll be opportunities for these products;’ added Venu.

Sudarshan Venu, the Joint Managing Director of TVS Motor Company, has always been enthused about electric mobility. “I think electric is probably the most important factor today, along with a couple of others, that is going to be vital for the future of the two-wheeler industry and the automotive industry on a larger level,” he told an auto magazine in an interview a few weeks back. Son of TVS Group Chairman Venu Srinivasan, he exited Sundaram-Clayton, the holding company of TVS Motor, about three years ago to take the company to a new high and to concentrate on the two-and three-wheeler businesses fully. He had joined Sundaram-Clayton as an additional director as part of a succession plan and is the fourth-generation scion of the TVS Group to join the family business. 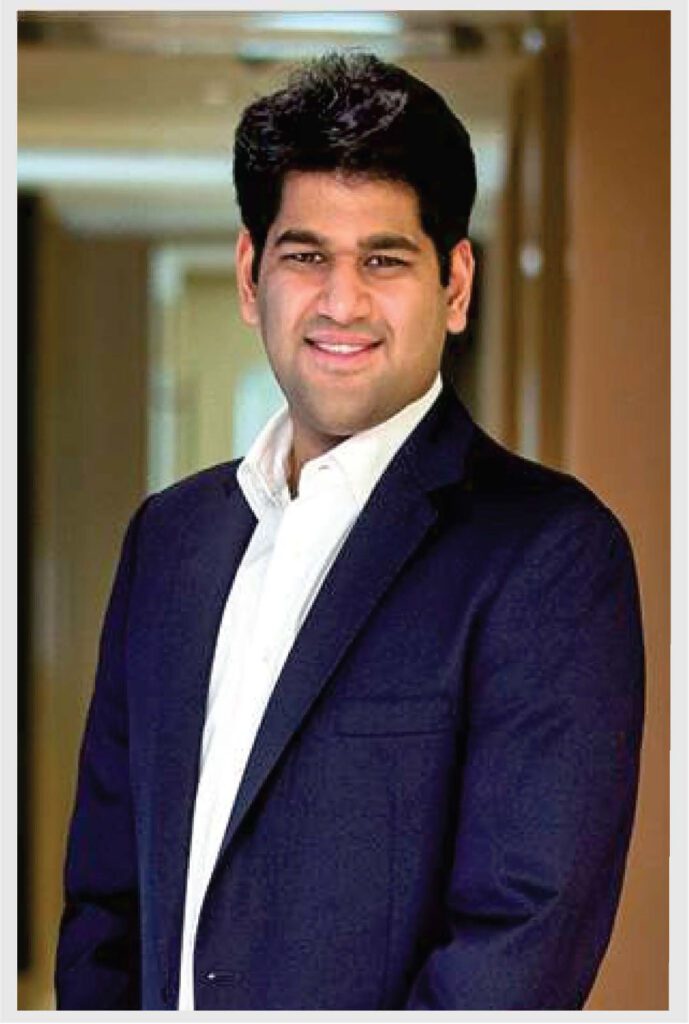 Venu is an automotive enthusiast, who has motor-cycled in four continents, according to a published report. Under him, TVS Motor has already seen a turnaround in the market share and has been the most awarded two-wheeler company. Leading business magazine Forbes India had listed him as the GenNext leader oflndia Inc. in one of its issues.

In sync with the New India that is being envisioned by the present-day leadership in the country, an important task ahead for Venus to change the culture of the company and the “speed at which we work’: Making that culture shift means the emergence of”really a new economy” kind of company, he said in the magazine interview. “That is something we are working on as well;’ he added. Congratulating TVS Motor Company on the acquisition of Switzerland’s top electric bike maker SEMG, Niti Aayog CEO Amitabh Kant put out the following tweet: “I have long believed that E-mobility is the future! Delighted to see TVS Motor Company put India on the global map of sustainable personal mobility. With the acquisition of SEMG, it has fuelled ebike play in Europe. Congrats”

A great man, a glory of India

On the road towards a Naya Kashmir