The year 2022 has been enveloped in a pall of gloom. An impending global recession, a pandemic leading to global despair, and a bloody war in Europe between Russia and Ukraine which is dragging the world economy towards the abyss. The world is grappling with a crisis on all fronts: global supply chain disruptions, severe scarcity of food and fertilizer, unprecedented energy shortages and the highest global inflation since World War 11.

The only glimmer of hope, in a galaxy full of despair, is the surging India story. Not some positive, spin doctored, dished out by PR agencies of the Indian government. But leading global agencies with headquarters in the West have begun reassessing India as the next breakout nation.

Consider the following report by Morgan Stanley: India is on track to becoming the world’s third-largest economy by 2027, surpassing Japan and Germany, and is likely to have the third largest stock market by 2030, thanks to global trends and investments the country has made in technology and energy.

Earlier this year, Bloomberg estimated, leveraging the IMF database and historical exchange rates that India had left behind the UK to become the world’s 5th largest economy. The Bloomberg report says, the size of the Indian economy in the first quarter was $854.7 billion, while the UK’s economy $816 billion.

In sharp contrast, a decade ago, India was ranked 11th position among the largest economies, while the United Kingdom ranked in fifth place, and Japan and Germany were above them. With record-breaking growth in the first quarter of 2022, the Indian economy has surpassed the UK and is likely to take over Germany and Japan.

India is the fastest-growing global economy, having clocked 5.5 per cent average GDP growth over the past decade. Three megatrends— global offshoring, digitalisation and energy transition—are setting the scene for surging economic growth with over 1.3 billion people.

India’s GDP is likely to double from $3.5 trillion today to surpass $7.5 trillion by 2031, so will its global exports. The BSE with 11 per cent annual growth will reach a market capitalization of $10 trillion in 10 years.

Is there a reality check?

“In a world that is starved of growth, the opportunity set in India must be on global investors’ radar,” says Chetan Ahya, Morgan Stanley’s Chief Asia Economist. “India will be one of only three economies in the world that can generate more than $400 billion annual economic output growth from 2023 onward, and this will rise to more than $500 billion after 2028.” 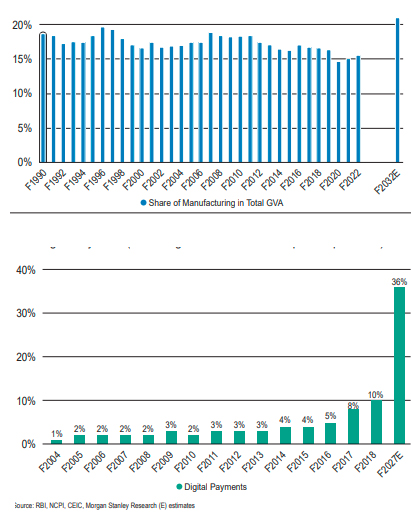 Uday Kotak, CEO of Kotak Mahindra Bank, considered it a proud moment for India but pointed towards a reality check of the population denominator: Compare India to the UK in terms of population and per capita income: India 1.4 billion vs UK 0.068 billion. The per capita GDP of India is $2,500 vs the UK’s $47,000. India has 20 times more population than the UK, so the GDP per capita is much lower. We still have a long way to cover.

India’s GDP registered a growth rate of 13.5 per cent in the first quarter of 2022, preserving the tag of the world’s fastest-growing economy.

However, increasing interest rates and the worldwide threat of inflation can slow down the future speed of growth. Despite the reality check, the truth is in terms of surging growth, India is the only glimmer of hope in a galaxy of despair. 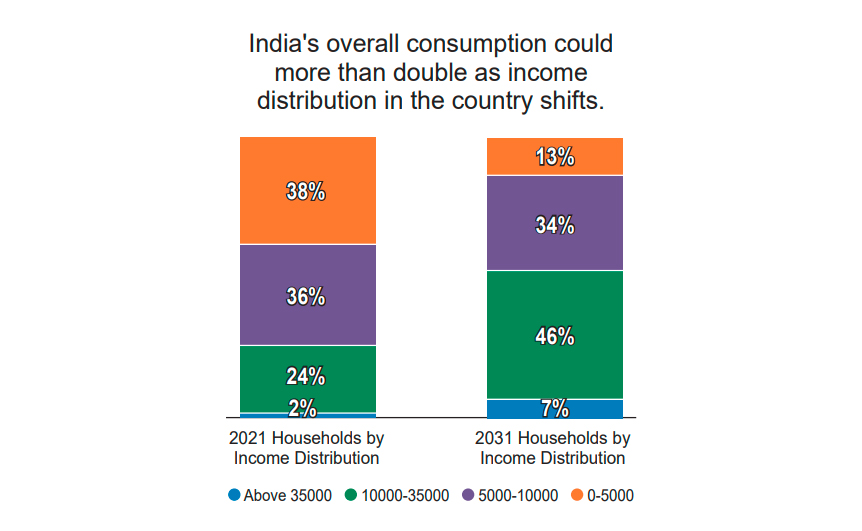