A spectacle of pragati 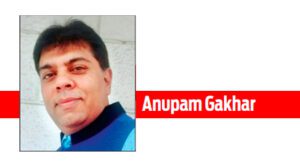 This is a New India that solves the problems, takes new pledges and works tirelessly to realize those pledges,” the words from Prime Minister Narendra Modi, while dedicating Pragati Maidan Integrated Transit Corridor Project are not mere rhetoric. They epitomise the essence of his Government’s ambitious Pragati Maidan Redevelopment Project of which the corridor project is a part. The project is aimed at providing hassle-free and smooth access to the new worldclass exhibition and convention centre being developed at Pragati Maidan, thereby facilitating easy participation of exhibitors and visitors in the programmes being held there. 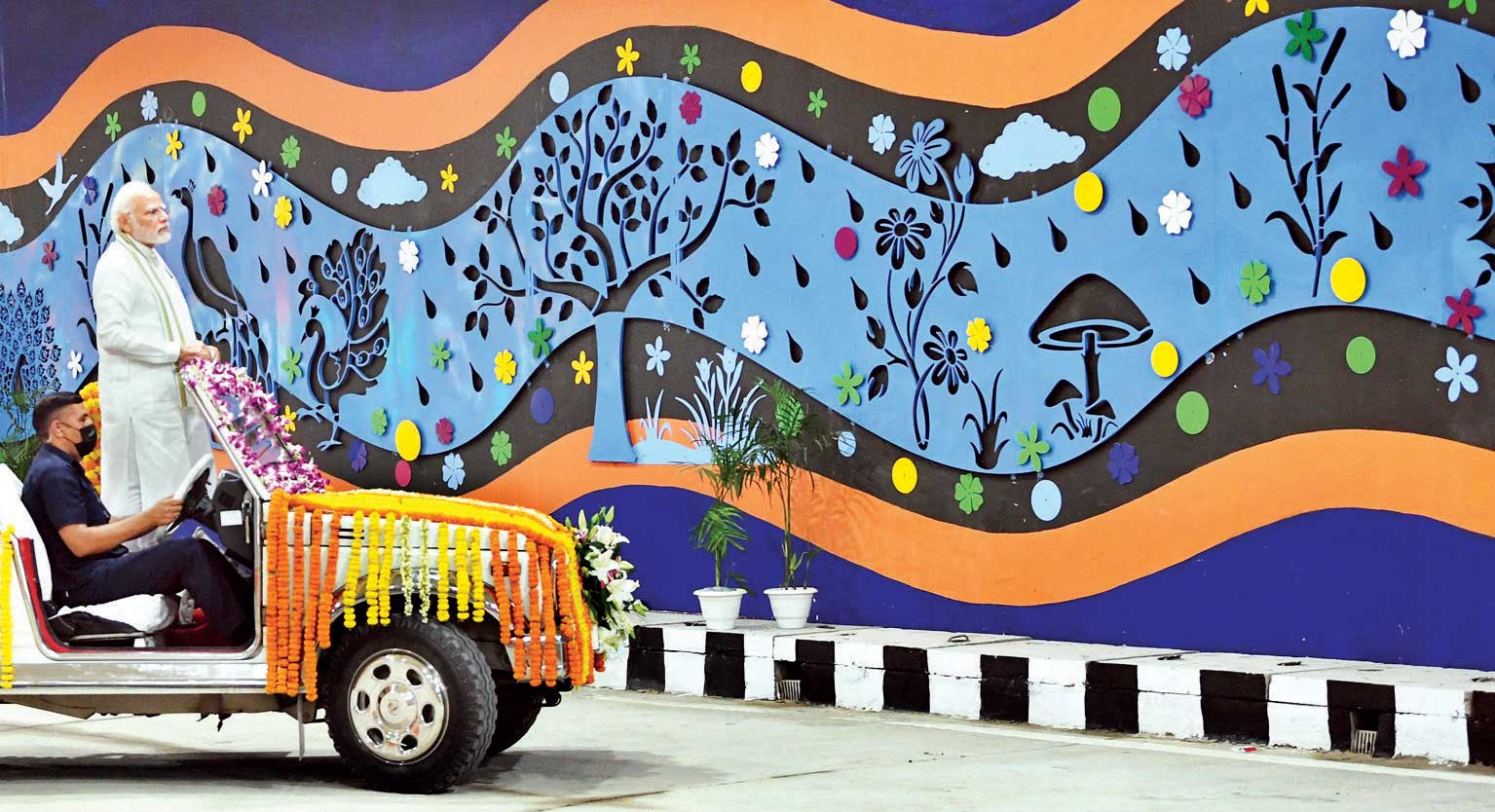 Tech revolution in the pipeline

Located on the west bank of the Yamuna River close to a plethora of cultural and historical sites along New Delhi’s Central Vista Avenue (Rajpath), Pragati Maidan has been an important area of civic interaction since it was designated as a national exhibition space in 1972. “Unfortunately there was not much ‘pragati’ (progress) of the Pragati Maidan,” Modi lamented. “The Government now intends to showcase it as yet another icon of 21st century New India.”

The project consists of a main tunnel and six underpasses. The main tunnel connects Ring Road with India Gate via Purana Qila Road passing through Pragati Maidan. The six-lane divided tunnel has multiple purposes, including access to the huge basement parking of Pragati Maidan. It is equipped with the latest global standard facilities for smooth movement of traffic such as smart fire management, modern ventilation and automated drainage, digitally controlled CCTV and Public Announcement system.

Now open for commuters, the tunnel as well as the underpasses are aimed at providing hassle-free and seamless connectivity between Central, Southeast and New Delhi, and will make the city’s busy routes — Bhairon Marg, Ring Road and Mathura Road — signal free.

The tunnel will connect Ring Road with India Gate via Purana Qila Road passing through Pragati Maidan and provide direct access to the Pragati Maidan Trade Centre. It will decongest traffic movement at ITO junction, India Gate and the Supreme Court.

A unique component of the tunnel is that two cross tunnels below the main tunnel road have been constructed in order to facilitate movement of the traffic from either side of the parking lot.

As PM Modi aptly pointed out, the completion of the main tunnel and five underpasses was an enormous challenge due to traffic congestion and pandemic. The tunnel passes beneath seven railway tracks and the stretch around Pragati Maidan sees heavy traffic but despite all of that, the engineers completed the project on time, he pointed out.

The Pragati Maidan Integrated Transit Corridor project has been built at a cost of more than Rs. 920 crore, entirely funded by the Central Government.

The impact of the project, however, will be much beyond Pragati Maidan as it will ensure hassle-free vehicular movement, helping save time and cost of commuters in a big way. The experts say that this corridor will reduce traffic on these roads for at least ten years. This will have a direct impact on the economy as it will result in more productive time, fewer vehicle emissions and lower fuel costs.

According to government estimates, over 1.80 lakh passenger cars pass through the Bhairon MargRing Road. The morning peak is estimated to be greater than 13,500 passenger cars, while the evening peak was estimated to be greater than 19,000 passenger cars. On one hand, the corridor will help improve air quality with a reduction in 12,900 tonnes per year of carbon footprint. On the other hand, it’d help save 55 lakh litres per year of fuel due to reduced travel time.

The corridor will help grow awareness about India’s rich culture among international and domestic visitors and routine commuters.

The road tunnel and underpasses have been painted with artwork depicting Indian culture, birds, and the representation of six seasons in various parts of the country from Kashmir to Kanyakumari.

The core intent behind the overarching vision of the government may be to ensure ease of living for people through transforming urban infrastructure, it has significant economic and cultural bearings too.

“I want to congratulate all the people of Delhi, Ghaziabad, Noida, and others from across the country who travel to Delhi. Today, Delhi has got a beautiful gift of modern infrastructure from the Central Government… Constructing such a marvellous tunnel in such a short period despite facing several hiccups like Covid-induced lockdown and labour crunch is not an easy thing,” Prime Minister Modi said.

Describing the Pragati Maidan Redevelopment Project as Cente’s gift to Delhi, the PM said that the entire project will be completed before October 10 this year in time for Delhi to host the upcoming G-20 meet.

A well-rounded personality steeped in love for the nation

WHO position paper gives an understanding on brain health