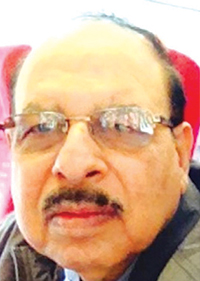 My memories of Russi Karanjia are both emotional and professional. I had spoken to him only once, and that was in early eighties, when I was given the Society magazine’s ‘Journalist of the Year Award’. Karanjia was one of the jury members on the awards committee. The morning newspapers had carried the news about the award and when I reached the Indian Express office in the evening, there was a call from Russi Karanjia from Bombay (as Mumbai was called then) congratulating me on winning the award. “Well done, my boy. Keep it up!” said Karanjia in his authoritative voice. Those words were music to my ears then and resonated almost all through my career. We used to read Blitz, the glitzy tabloid created by Karanjia, regularly. It was bold, juicy, spicy, and different.

Most of us applauded its content, some disagreed, but none could ignore it. The daring investigative journalism practiced by Blitz was a shocker for many readers every morning; but an inspiration for me to an extent. Russi Karanjia was not only an editor, he was an institution. It is unfortunate that the current generation of journalists is deprived of the journalism of his class.

With his death and the closure of Blitz, the golden era of the bold (and revered) journalism as a profession has come to an end. It’s good to know that some seasoned professionals, who happen to be Blitz oldtimers, have come up with a weekly tabloid inspired by Russi Karanjia. My best wishes to Blitz India! — Ashwini Sarin Senior journalist Ex-Metro Editor, Indian Express 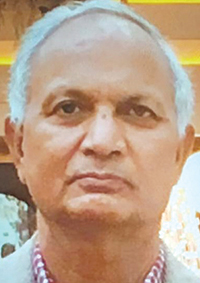 Russi Karanjia and Blitz evoke old memories. As a college student in mid-sixties, I used to wait anxiously for the tabloid every Friday to read a new expose. It sold like hot cakes the moment it arrived, with young students lining up for their favourite copy.

Civil Services aspirants read it for, what they called, its impeccable English. Some enjoyed its back page sizzling beauty, mostly a film star. But almost everyone lapped up its content. Indeed, the newsmagazine blazed a new trail in investigative journalism. Several prominent dailies later set up teams of investigative reporters, apparently encouraged by Blitz. The kind of journalism Karanjia pioneered remains unparalleled till date and the number of doyens Blitz created is innumerable. Who does not remember Blitz veterans like, apart from RK Karanjia, Joga Rao, Bisen Kapoor and Khwaza Ahmed Abbas, whose ‘Last Page’ was a rage among the readers? Their writings inspired a whole generation of young men and women to take up journalism as a career.

Looking back at the notable causes it too up and the robust manner in which it propagated them, one can say with certainty that there can never be another Blitz! 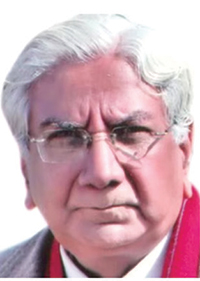 He Lived a Full Life

While doing sports as part of my nearly four-decade stint with Doordarshan, I came in touch with Joga Rao, who apart from being a known sports commentator, was the Bureau Chief of Blitz in Delhi. We became closer over a period. One evening, I saw him sitting with an immaculately-dressed man, relishing his rum at the Press Club o India.

Joga introduced me to him, saying, “Meet my boss, Mr. RK Karanjia.” That was my first meeting with him and I was thoroughly impressed with the man behind India’s most successful tabloid. Russi started Blitz in 1941 after he returned from London, where he was working for Sunday Mirror.

He decided to start a tabloid on that format in India. Khwaja Ahmad Abbas used to write the Last Page, which was hugely popular. Karanjia’s argument for carrying a provocative picture on the back page was that after reading the serious stuff, readers need some relaxation. Blitz gave front page coverage to Nanawati case weeks after weeks. Similarly, it did investigating stories on Kairon murder case and the chase of his killers by Ashwani Kumar, who later became the Director General of Police. During British Raj, Russi was fined repeatedly for his anti-establishment stories.

Karanjia had cordial relations with the Shah of Iran and Abdul Gamal Nasser of Egypt, apart from top leaders of India. He lived a full life of 95 years. Inever had any personal interaction with RK Karanja, as he was already a legend when I joined the profession in the late sixties. As a young man, I grew up reading Blitz and admired its firebrand founder-editor who never hesitated in calling a spade a spade.

In fact, we were all crazy about Blitz. Leading a band of fearless journalists, Karanjia launched a fierce campaign against maladministration and corruption. Beneath the blithe surface of his writings ran his revolutionary thoughts tinged with a sense of social reform. Under Karanjia, Blitz became a chronicle of mass movements and revolutions.

Since its inception, it stood against the established authority. During Quit India movement, Karanjia launched a campaign to release Jawaharlal Nehru from jail. For this, he was fined Rs 3,000 by the British rulers. What struck me most about Blitz and its courageous editor was their willingness to stand up for the underdog and take on the high and mighty.

Karanjia was, perhaps, the most well-connected journalist of his time; yet he never allowed his proximity with people in power to come in the way of telling the truth. A classic example is the LIC scandal of 1960s, when he launched a relentless campaign to expose a financial scam involving industrialist Haridas Mundhra and high officials in the Government. This ultimately led to the resignation of the then finance minister TT Krishnamachari. As a campaigner, Karanjia had no parallel. 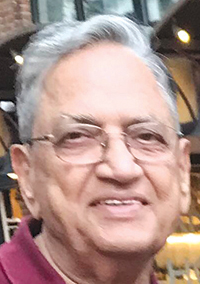 Some called him daredevil, some sensationalist; yet they all waited for the next issue of his weekly tabloid Blitz. Such was Russi Karanjia, one of the most controversial journalists and founder-editor of Blitz. Despite extreme reactions from readers, he stuck to his guns, brought out Blitz every week and took the high and mighty head-on.

I’m not sure whether it was the first tabloid in the country, but people must have taken some time to get used to Blitz. That was the time when newspapers were quite conservative. With one scoop after another, readers started taking Blitz quite seriously. That was our impression as university students. Though at this age, it is rather difficult to recall many of its exclusives, what immediately comes to mind are the Mundhra scandal which involved a Calcuttabased industrialist and stock speculator getting the Governmentowned LIC to invest a huge sum in the shares of six of his trouble companies; the Nanavati case in which a Naval commander was tried and convicted for the murder of his wife’s lover; and the impeachment case involving Acharya Kriplani.

Having covered Parliament for several years, one may not subscribe to the coverage of Kriplani’s speech in Blitz, but those were the times when newspapers were reluctant to take a stand or comment on Members of Parliament. Karanjia had the gumption to do it, and he did it, in Blitz!

The popularity of Blitz can be gauged from the fact that it came out with a Hindi edition as well, to cater to a large section of readers. As far as I can recall, Blitz was later published in Urdu and Marathi languages as well.

Karanjia was also known for his flamboyance and racy lifestyle. He was thought to be a Leftist because of his proximity to leaders like Krishna Menon. He was internationally known for his fearless coverage of events and scandals. But that attracted us as youngsters was the last page, for which he was under attack from the oldies.