In a severely water-stressed country, another landmark was achieved on August 19 when Prime Minister Narendra Modi announced the programme’s coverage had touched 100 million homes.

The PM’s announcement came during his address via video-conference at an event in Goa to mark 100 per cent piped water supply coverage in rural households of the state.

PAN not linked with Aadhar to be ‘inoperative’ by March 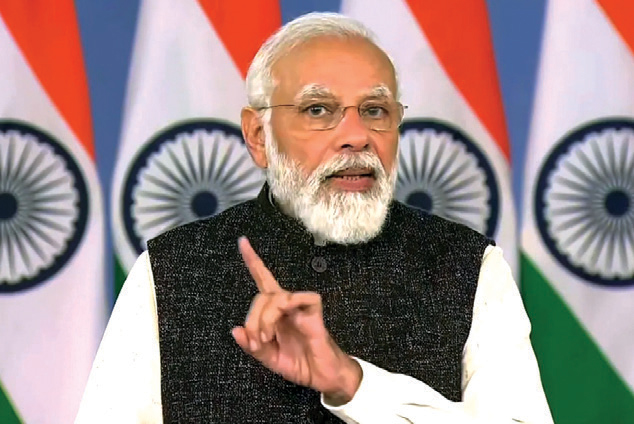 But the pace of the next half of the programme’s progress will be critical to meeting its national deadline of providing tapped water to all households in rural India by 2024. Complex engineering hurdles in some of the challenging terrains will need to be overcome. The scale at which states work to provide piped drinking water to the remaining roughly 92 million households is the key because implementation is in the hands of states.

Financial commitments of states matter too. The Union Government has earmarked a staggering Rs 3.5 lakh crore for the mission. The fundsharing pattern between the Centre and states under the mission is 100 pc for Union Territories without legislature, 90:10 for northeastern states and UTs with legislature, and 50:50 for all other states.

“It’s question of will. States should not face any financial constraint going forward because they have an additional fund to dip into,” said Raja Ram Moria of Dewas-based Samaj Pragati Sahayog, a water-conservation NGO.

India has had public programmes for drinking water before, such as the National Drinking Water Mission launched in 1986. But the goal of providing piped water to every rural household has got a special impetus under the Modi Government.

Among many landmarks, the programme has so far linked 84.2 per cent of all Government schools in the country — 8,65,000 — with a tap water connection, while 80 per cent of anganwadi centres (8,94,000) have been covered, according to official data. Nearly 30,000 engineers and officials, and thousands of contractors and labourers are engaged in a mission that will involve, in all, laying of nearly 4 million km of pipelines.

A national study by the Union Health Ministry has found improvements in health outcomes in places with access to clean water supply, said Vini Mahajan, Secretary, Department of Drinking Water and Sanitation in the Ministry of Jal Shakti.

According to numbers reported by the National Centre for Disease Control, cases of water-borne diseases have come down 66 pc, from 17.7 million to 5.9 million between 2019 and 2021 in areas provided with clean drinking water In 117 aspirational districts, where development indicators have been historically poor, 47 per cent households now have tap water, up 40 per cent since 2019.

Punjab, Gujarat, Himachal Pradesh and Bihar are among states with over 90 per cent coverage and fast progressing towards their targets. Telangana, Goa, Dadra Nagar Haveli, Daman and Diu have already achieved their targets.

A step towards modernising the maritime security infrastructure