While speaking at the conference of Chief Secretaries , the Prime Minister was all praise for the transformation brought about by the programme and emphasized upon the need of posting India’s best and brightest young officers to the Aspirational Districts. He felt these officers could use their innovative thinking and new ideas to bring about even more visible changes in these districts. He stated that the work stint in these districts would enrich them so much that they could bring tremendous benefits to the entire country.

The Aspirational Districts Programme (ADP) focuses on 117 of India’s most developmentally challenged districts across sectors such as health and nutrition; education; agriculture and water resources; basic infrastructure; and financial inclusion and skill development. The programme was launched in January 2018. It is spearheaded by the Prime Minister himself. At the Central level, it is steered by NITI Aayog in active partnership with state governments and district administrations. Three core principles of convergence, collaboration and competition amongst various stakeholders involved drive the programme. From its inception itself, the converging efforts of districts, states and Centre, and the civil society has turned it into a mass movement, a vibrant jan andolan, which is engaging 28 states and 14% of India’s population.

Based on three core principles of convergence, collaboration, and competition amongst various stakeholders involved, the unique programme aims to track and measure the growth of the districts under it on 49 developmental indicators

Titled ‘Aspirational Districts Programme: An Appraisal’, the report portrays the programme as a global example in leveraging local structures of governance and bureaucracy, with multi-stakeholder partnerships, to ensure that localisation of the Sustainable Development Goals becomes a reality. UNDP marks the Aspirational Districts Programme as a model replicable not just within India, but also on a global scale.

Many experts from across the world have words of praise for this programme. Acclaimed Harvard Business School Professor Michael E. Porter and MIT Professor Scott Stern lauded the programme’s model of active collaborations among multiple levels of governance within each district, the use of publicprivate partnerships, the stakeholderoriented approach driven by the use of outcome-oriented metrics and data.

The Aspirational Districts Programme has been instrumental in creating a conducive environment to foster development and innovation across key focus areas. This unique programme in real time tracks and measures the growth of the districts under it on 49 developmental indicators, ranging broadly across five pillars namely, health and nutrition, agriculture, financial inclusion and skill development, basic infrastructure, and poverty. The Champions of Change dashboard monitors these indicators and a monthly ranking of the best-performing districts is shared. This adds a competitive zeal to the programme, motivating the districts to push themselves to outperform others. The UNDP appraisal beautifully captures the significance of these indicators as well as the vibrant success stories and best practices resonating from across the country.

As per the recent appraisal report of the UNDP, the Aspirational District Programme (ADP) has had a very positive impact on the districts where it was implemented

Under the health and nutrition theme, model anganwadi centres have been set up across districts to benefit women and children. The number of institutional deliveries has increased, along with a dip registered in the rate of severe acute malnutrition in infants. A great example of tracking health and nutritional outcomes has emerged from the aspirational district of Ranchi in Jharkhand, which has introduced a ‘Poshan’ app. It is a realtime data analytics digital platform that monitors bed occupancy, child-growth charts and the inventory of every malnourishment treatment centre in the district. The app has led to bed occupancy levels increasing by over 90% at healthcare centres.

Under the education pillar, the learning outcomes have witnessed massive improvement across these districts. Innovation and digitisation have been the cornerstones of transformation in the education sector. ‘Hamara Vidhyalaya’ model adopted in Namsai, a remote district in Arunachal Pradesh stands out in this. Under this model, a school prabhari is appointed for each school in the district to ensure monitoring, assessment and guidance. The programme makes use of an online platform called ‘Yathasarvam’, which is linked to a mobile app to record responses. As a result of this initiative, Namsai has recorded substantial improvement in learning outcomes and overall teaching practices.

Under the agriculture and water resources theme, District administrations have laid tremendous emphasis on improving irrigation facilities and yield, as well as farmer education besides charting out innovative paths to create market linkages for products indigenous to the aspirational districts. Chandauli is known as the ‘rice bowl of Purvanchal’. Given the popularity of paddy cultivation in the region, the district administration decided to diversify the agricultural produce by encouraging farmers to grow fertiliserfree organic black rice. The ‘black rice’ experiment was remarkably successful, with Chandauli adding to the thriving global market of black rice and exporting to even countries like Australia and New Zealand. Similarly, Goalpara, a district in Assam, has set up an online e-commerce portal, Goalmart, to promote its homegrown ethnic and agrarian products in national and global marketplaces.

Basic infrastructure is a priority area to improve connectivity in aspirational districts, many of which are geographically disadvantaged. Districts affected by Left Wing Extremism utilise this parameter to ensure internal security. For example, Bijapur in Chhattisgarh and Malkangiri in Odisha have greatly improved the network of roadways and ramped up the infrastructure projects in their jurisdiction.

Under the financial inclusion and skill development pillar, Maharashtra’s Gadchiroli has set a wonderful example. Micro-ATMs have been launched in the district to provide financial assistance to women self-help-group members, who are provided with commission-based income following every transaction. These ATMs can also be operated on low-internet signals and enable cash withdrawals, deposits, mobile recharge and bill payments.

As part of the Azadi ka Amrit Mahotsav, NITI Aayog conducted a day-long conference ‘Sehbhagita se Samriddhi’ on the Aspirational Districts Programme (ADP) in April 2022. It released a report titled ‘Stories of Change’, on 30 innovative interventions by the Aspirational Districts based upon behavioural principles, innovation, replicability and potential for impact. These stories demonstrate how behavioural insights can drive outcomes on the ground. 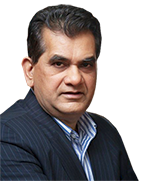 NITI Aayog CEO, Amitabh Kant said the Aspirational Districts in the country have witnessed significant progress in key development areas in the last four years. He added that the partnership among district teams and regular outreach programmes have played a key role in this rapid improvement

The laudable success of the Aspirational Districts Programme is a testament to the efforts of the national, state and district level administrations, the continuous support of knowledge and development partners as well as civil society organisations. A programme of this scale has redefined the contours of India’s development narrative and will continue to garner many more accolades as it achieves one progressive milestone after another.

An ‘aspirational’ path to highway development

India’s most backward 112 districts, identified as ‘aspirational districts’ by the Niti Aayog, are set to witness more development in highway infrastructure.

Though the Aspirational District Programme’s focus is on sectors such as health, school education, agriculture, and financial inclusion for transformation, the Government has enlarged it to developing NH infrastructure in such districts. 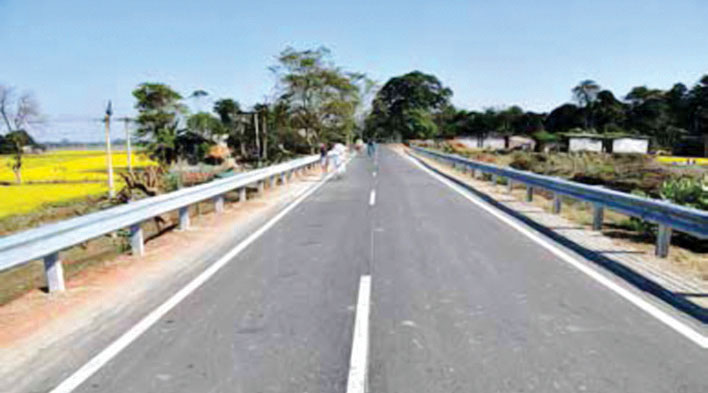 According to the latest Government figures, 6,575 km of National Highways were constructed to connect ‘aspirational districts’ during the last five years. A major share of development work went to Jharkhand (1,156 km), followed by Madhya Pradesh (929 km) and Maharashtra (971 km).

Some northeastern states also saw improvement in NH infrastructure as nearly 247 km of highway was constructed in the last five years. The states include Sikkim (87 km), Tripura and Assam (57 km each), and Arunachal Pradesh (21 km). However, performance of some states remained low in the last five years. It remained at 182 km in West Bengal, 176 km in Bihar, and 48 km in Rajasthan during the period.

Development work is set to gain momentum in these states in the coming months. Around 644 km of NH work in Bihar, 1,262 km in Rajasthan, and 402 km in West Bengal are either sanctioned or ongoing. This marks significant growth in the NH connectivity of ‘aspirational districts’ in these states. Such infrastructure projects can encourage investments in land in ‘aspirational districts’. Mobility of capital, labour, and organisers like entrepreneurs, all count in developing such districts.

The expansion of NH network in aspirational districts will help the Government’s ‘one district, one product’ programme in moving the commodities in those districts at a quicker pace, providing more market access to them. It will act as a nerve system for the entire district for goods access to the markets.

Nearly 222 NH projects in about 5,566 km length in the country are ongoing for connecting ‘aspirational districts’ at a total estimated cost of about Rs 66,200 crore. Another 221 projects with a length of about 5,795 km costing Rs 1.03 lakh crore have been identified