A lot has changed in two months of

After travelling nearly 2,000 km over 75 days, the Yatra has covered half of its total journey. Starting from Kanyakumari in Tamil Nadu, the Yatra has travelled through Kerala, Karnataka, Andhra Pradesh and Telangana and Maharashtra. It has already entered Madhya Pradesh.

Obviously, Congress leaders and workers are actively participating in this Yatra organised by the Congress. Over 100 ‘Bharat Yatris’ along with Rahul Gandhi, are undertaking this padyatra from Kanyakumari to Kashmir.

Hundreds of ‘Pradesh Yatris’ travel from the beginning of the state to the end of its border. And thousands of local workers participate in the Yatra every day. In every state, huge public meetings have been organised at one or two places. After a long time, the Congress organisation has undertaken some constructive task, other than contesting elections. After a long time, the Congress workers have come out in the streets. A new confidence has arisen from this programme, faith has redeveloped in its own leadership. It is too early to talk about the rebirth of the Congress, but the embryo of a fundamental change is unmistakable.

The biggest change in these two months is in the image of Rahul Gandhi. When the Yatra started, many well-wishers warned me: “You will keep walking on the road, while Rahul Gandhi might board a car after a few days, fly abroad.” The image of Pappu had completely obscured Rahul Gandhi’s personality. The Rahul Gandhi that I had known in the last 15 years, was a gracious, serious, candid, and inquisitive person. Neither any deceit, nor anything artificial. Committed to constitutional values, concerned for the last man, and avoiding opportunistic politics. Even when I bitterly criticised the Congress and opposed its government on the streets, my perception of Rahul Gandhi’s personality did not change.

Yet, the media and political campaign to construct Rahul Gandhi’s image as Pappu presented a different picture to the general public. A common man who did not know him, used to assume that Rahul Gandhi, like the secondthird generation dynastic leaders, is unserious, cut off from the country, ignorant, and arrogant. He will not be able to tolerate the dust of this country for even two days. But for two months now, the people of the country are watching the same Rahul Gandhi walking on the rough roads of this country, fulfilling his resolve of a “political penance”. He is hugging every child, old, and young, holding the hand of every stranger, walking, running and playing. This Rahul Gandhi is addressing the country every evening, warning the country against the price rise, unemployment and the widening gap between rich and poor, without losing dignity and balance. The country is witnessing a new Rahul Gandhi.

Someday, the women who were victims of Devadasi system, and some day still, the tribal and liberated groups who are on the fringes of development. Someday, the representatives of liquor ban movements, and someday the organisation which explores alternative education, health and agriculture.

Streams join to form a river This journey is connecting dreams and suffering. In the last few days, many streams are joining this river, smaller Yatras are joining, eminent citizens are joining. Prashant Bhushan and former Navy Chief Admiral Ramdas, who once opposed the Congress through the anti-corruption movement, are traveling with Rahul Gandhi, while Pooja Bhatt and Sushant Singh from the film industry are also joining. Activists who spent 19 months in jail during the Emergency imposed by Congress are joining, while young men and women who do not belong to any party organisation are also joining. Slowly this small stream is becoming a river.

Crack in the darkness

So, has the mood of the country changed? Will the election results of Gujarat and Himachal be affected? At present, it would be wrong to make any such long-term or immediate conclusion. For now, it should only be said that there has been a crack in the darkness, despair and depression which was prevailing in the country, which was a scene of lack of alternative, which was a wall of silence, loneliness and fear. A ray of light is visible in the dark. In a seminar organised on this Yatra in Bhopal, leftist thinker and activist Badal Saroj said “Bharat Jodo Yatra is an landmark event of our era.”

When someone asks me what you have gained from this journey, I quote these lines from Raghuveer Sahay’s famous poem “aatmahatyaa ke viruddha”:

(The writer is an activist and founder of Swaraj Abhiyan. The views expressed are personal) “Translated from Hindi by Rishi Anand” 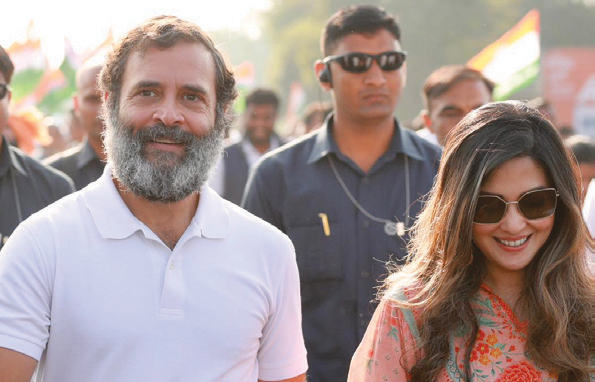 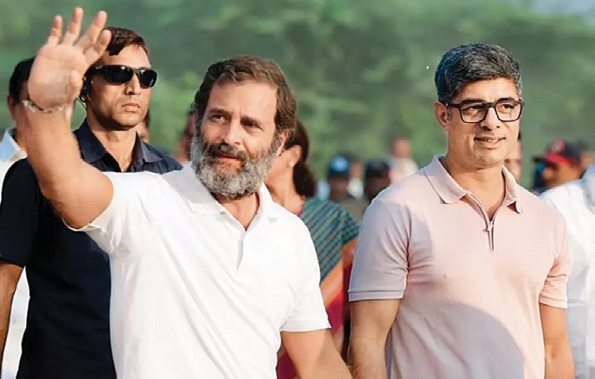 Another film and TV personality Sushant Singh joined ‘Bharat Jodo Yatra’ and shared dais with Rahul Gandhi at a public meeting in Nanded city of Maharashtra on November 10. Speaking about Rahul’s yatra, he said, “You have chosen this path. It is difficult. There is a saying that if you lose everything in love, then victory is possible.”

Towards a New, Resilient India