There is no provision in the Constitution for direct enforcement of any of the duties. Even though the list of fundamental duties in Article 51A is prefaced by the statement that “It shall be the duty of every citizen of India”, according to the Supreme Court these provisions cannot be enforced by writs.

But it may be expected that in determining the constitutionality of any law if a court finds that it seeks to give effect to any of these duties, it may consider such law to be ‘reasonable’ in relation to Article 14 or 19, and thus save such law from unconstitutionality. It would also serve as a warning to reckless citizens against anti-social activities. The Fundamental Duties thus are, in a sense, analogous to Directive Principles of State Policy.

The courts have also held that the new Part (IVA) has been inserted in the Constitution to regulate behaviour and promote excellence, which means surpassing merit, virtue, and honesty. The lawmakers have enjoined that citizens of our country shall perform their duties in an excellent way. 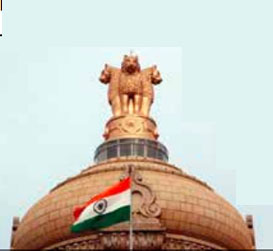 The enforcement of duties can end up entrenching the existing power structure by placing the burden of duties upon those who are already vulnerable and marginalised.

Fundamental Duties have been particularly invoked in litigation concerning the environment with reference to Article 51A (g) [to protect and improve the natural environment including forest, lakes, rivers and wildlife and to have compassion for living creatures]. On the principle that as the duties are obligatory on citizens, the state should also observe them, the Supreme Court has, with reference to Article 51A(g), issued orders stopping quarrying operations at certain places in Uttar Pradesh.

Similarly, the Supreme Court, in order to give effect to duties enshrined under Article 51A (g), read with Article 21, 37, and 48A adopted the principle of “sustainable development” as a balancing concept and further held that Precautionary Principle and Polluter Pays Principle are acceptable as part of the law of the country and should be implemented by courts of law.

There is, of course, a contrarian view regarding the enforcement of Fundamental Duties. According to it “real duties are the result of the fulfilment of rights”. The enforcement of duties can end up entrenching the existing power structure by placing the burden of duties upon those who are already vulnerable and marginalised.

Be that as it may, leaving aside the somewhat esoteric moral precepts underlying the constitutional provision and the controversy thereon, there is another set of routine and more mundane duties of citizens, at a practical level. These could be understood to include the duties to follow the laws laid down by Parliament, to obey the legitimate directions of the Government, to pay taxes, and, maybe, to vote. In one sense or the other, they are relatable to article 51A’, such as clauses (a): “to abide by the Constitution”; (i): “abjure violence”; and (j): “to strive towards excellence in all spheres…so that the nation constantly rises to higher levels of endeavour and achievement”.

The directions issued by the Government in the context of the Covid-19 crisis too fall within the ambit of these basic duties of the citizens and are relatable to article 51A. Thus Supreme Court’s observation that ‘social distancing’ is a matter of duty, is relatable to “abjure violence”. Similarly, the requirement of wearing masks conforms to common ‘scientific sense’ that its use will provide much-increased protection against Covid-19 infection and is thus germane to clause (h) “to develop the scientific temper and humanism”.

Ultimately, it all boils down to being a good citizen. What qualities does good citizenship encompass? It is part of the omnibus concepts of humanism, humanitarianism, morality et al.

A good Covid-19 citizen, therefore, is not only expected to wear masks and observe social distancing but also encourage others to do so. He should also, to the extent possible, support all Government initiatives to tackle the pandemic. He is also expected to have the moral courage to report to the authorities about those who are, knowingly or unknowingly, attempting to derail the march towards victory over coronavirus.