Iceland is an extraordinary country. It has been rated by the World Economic Forum as the most gender-equal country in the world for twelve years running and is at the top when it comes to women’s wellbeing. Reykjavík, the capital city, is the first non-native English-speaking city to receive the prestigious title of the Unesco City of Literature. It was, therefore, just appropriate that one key invitee to the Bhopal Literature Festival was Eliza Jean Read, author and the First Lady of Iceland. At the concluding of the fest on March 27, she spoke with Raghav Chandra, Director of the Bhopal Literature Festival, about her journey from a small farm in Canada to being the First Lady of Iceland and about her bestselling book, The Secrets of the Sprakkar BlitzIndia. publishes excerpts from this highly interesting, and informative, conversation.

The Sprakkar is Icelandic for extraordinary women across the history of Iceland, the first women to do something new so that people across the world could draw inspiration from them in various walks of life. My book covers interviews with many such successful women.

You’ve written about the Icelandic belief that ‘blind is the bookless man’, that ‘everybody in Iceland walks with a book in their belly’, that books make the best presents at Christmas. This is truly extraordinary! How do you expect to sustain this interest in books?

This love for literature has existed for hundreds of years and we are very proud of this heritage. Iceland was a remote country, short of material resources, so books helped us maintain a tradition of literacy and we have a post-Christmas flood of newly published books. We have so many phrases in Icelandic that reflect our love for books. Having said that, on a more realistic note, my own children have asked for a PlayStation as a gift!

I quote you: “Iceland is considered one of the best places in the world to be a woman.” You all have so many women in the Cabinet. In fact, out of 63 seats in Parliament, almost half are women parliamentarians. Iceland has been ranked the most gender-equal nation in the world for the 12th year running by World Economic Forum. What measures are being taken to ensure bringing women to the forefront in public life?

As a society, we have realised that the more gender-equal we become the happier our people and society becomes, companies make more money and everybody is better off. Everybody works towards that. Having said that, we know we have to work towards that goal because things don’t happen without being worked upon continuously.

You have mentioned Iceland’s ground-breaking ‘parental leave program’ and how it helps to shore up the gender balance when men take equivalent amounts of leave. Is that costly for the economy or does it provide sufficient long-term benefits?

A program such as this pays back because of the societal benefits; it builds more sustainable and stronger social structures. When both parents avail such leave, it eliminates the scope for gender discrimination as it precludes an employer from thinking that they should instead hire a man for a job because the woman alone will be on maternity leave.

You have described your moment of being awe-struck at seeing the MD of a company breastfeeding her child during a Board meeting in the presence of male members, and later of an MP doing that in Parliament. Were those one-off instances, or is that kind of social sensitivity to maternal responsibilities ingrained in Iceland’s society and polity?

That was a moment I remember when I first moved into Iceland and I did not have any children of my own. What was amazing was that everybody behaved perfectly normally, there were no sniggers and jokes; it was like normal life. As a new arrival to this country, I felt that this was quite the place to raise a family. And when a parliamentarian did that, it was all over the international news. 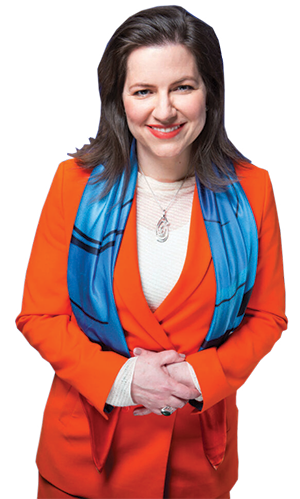 Iceland has been the most humanitarian when it comes to LGBTQIAs and has had the world’s first gay head of Government. Did the LGBTQ have to fight a battle in the courts to be recognised or was that a natural progression as society matured?

Iceland has had strong grass-root activism and we have evolved a lot in our common understanding. We passed the legislation completely unanimously, with no votes against it in Parliament, and we are now trying to create legislation for the trans-people. We want to enshrine inalienable human rights for everybody.

I quote from you: “Iceland is the world’s most peaceful country, helped no doubt by the fact that it has no military.” How has Iceland reacted to the Ukraine-Russia conflict? Does that event provoke Iceland to arm itself?

We are indeed the most peaceful country in the world in the peace rankings. We had an American military base until 2006. Currently, we have no military even though we are a founding member of NATO and we have extended support to the NATO at this time of the Russia-Ukraine war and continue to align with NATO policies.

Iceland’s open-minded approach to sexuality is indeed interesting. I quote from the book: “Kids are taught about birth-control options in elementary school, only 70% of children born in 2019 were born to women outside marriage, and no stigma surrounding single or young mothers.” The age of sexual consent in Iceland is fifteen. That is indeed pragmatic.

Having grown up in Canada I had my own predispositions and ideas from that society and had to make adjustments. However, now that I stay in Iceland, I see that this approach helps to level the playing field – it contributes to gender equality and I have observed that there are fewer double standards between men and women. But there is a downside in that we have a high rate of sexually transmitted diseases too.

The world today is wracked by an ideological war between authoritarianism and liberalism. What do you think should be done to make all nations and societies to be more compassionate, communicate better and move towards that cliched ideal: universal humanism?

In the context of gender equality, which is the theme of my book, what I’m trying to say is that everybody should have a chance to use their voices and be role models in their respective communities. We have a responsibility to help elevate the voices of those who do not have an opportunity to be heard. The more the voices, the more the diversity, the better for society!

I’m sure the women who read your book will be so impressed with Iceland’s track record of gender equality that they will think actively to migrate to Iceland. On a lighter note, and perhaps in a different way, men too would be tempted to migrate to Iceland in the belief that it offers women who are evolved, inviting, and fun. How welcome are foreign immigrants?

We would love to see you all as tourists … and you all should dress extremely warmly.