A game-changer against climate change 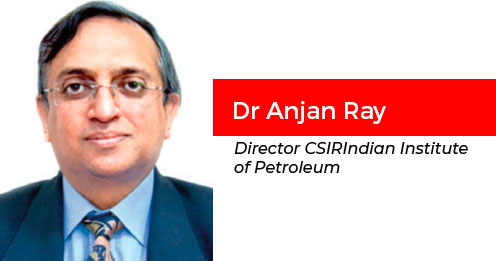 Promoting ethanol blended petrol (EBP) for use in vehicles has been on the cards for long. Through its initiatives during the last eight years, the Narendra Modi Government has catapulted it into a major game-changer in India’s fight against climate change.

Ethanol is an agro-based product, derived from a byproduct of the sugar industry, namely molasses. Till 2017, most of the fuel grade ethanol supplied to oil marketing companies (OMCs) came from this raw material. Sugar mills used to divert their surplus towards ethanol production for the ethanol blended petrol (EBP) programme.

After coming to power, the Modi Government took measures, such as decontrol of sugar, price fixation of ethanol procurement by OMCs, publication of National Policy on Biofuels and amendment to the Industrial Development & Regulations Act for free flow of ethanol in the country to make EBP alternative better. It reduced the GST applicable on ethanol purchase for blending (18% to 5%) Since 2018, it opened alternate route for ethanol production and introduced interest subvention for enhancement, augmentation of ethanol production capacity in the country. Long-term contracts between ethanol suppliers and OMCs were signed.

In view of fulfilling the nation’s demand for petrol and diesel, OMCs are majorly dependent upon imported crude due to low availability of domestic crude. They started ethanol blending in the country in 2006 on pilot basis with 5 per cent blending in sugar surplus states as per the availability of ethanol.

The report of the Expert Committee on Roadmap for Ethanol Blending in India by 2025 was released in June 2021. It allowed use of E100 as transportation fuel on pilot basis in Pune, Maharashtra, from 2021 With the interventions of the Government, the availability of ethanol in the country improved over the years— from 67 crore litres in 2014 to around 450 crore litres in the current ethanol supply year. This resulted in significant improvement in cumulative ethanol blending percentage from 2.33 pc in 2014 to 10.00 pc as on June 2022.

As per the roadmap of ethanol blending, 20 per cent ethanol blending is to be achieved by 2025 in a phased manner. In order to meet the gap between current availability and the future requirements of ethanol for EBP programme, the OMCs are encouraging the new entrepreneurs to setup dedicated ethanol plants in the state where ethanol availability from sugar-based feedstock is low.

OMCs have now signed long-term agreements offering offtake assurance to 131 upcoming dedicated ethanol plants which will augment ethanol production capacity by approx. 750 Cr. Ltr. per annum. The investment in these plants will be around Rs 40,000 crores and employment generation for the country will be around three lakh jobs.

This increase in ethanol procurement by around Rs. 47,000 crores will lead to increase in farmers’ income. Ethanol blending of 1016 cr. litres considering 20 pc blending by 2025, will result in savings of 200 Lakh MT of GHG emissions.

In line with the blending targets, the OMCs are augmenting the blending infrastructure and have also initiated movement of ethanol blended petrol and pure ethanol by tank wagons.

OMCs are also setting up second-generation ethanol production plants that would use paddy straw as raw material to produce ethanol. Since this technology is new, the Government has introduced Pradhan Mantri JIVAN Yojna to provide viability gap funding to the plants being set up in the country. OMCs are setting up 52G bio-refineries with an investment of around Rs. 8,000 crore. These will help in reduction of stubble burning in farm lands of the country by diverting paddy straw for production of ethanol.

Ethanol, being a pure chemical, has existing uses like portable liquor, blending in petrol and pharmaceuticals etc. It has the potential be used as cooking fuel in ethanol-based stoves. It can also be diverted to produce green hydrogen. Ethanol can also be used for bio-ATF production as a sustainable alternative to aviation turbine fuel.

Agnipath: An idea whose time has come