The Government provided video conference (VC) equipment to all court complexes, including taluk-level courts. It is also contemplating the mainstreaming of online dispute resolution (ODR).

Funds have been sanctioned for additional VC equipment for 14,443 courtrooms. This was necessitated by the ongoing Covid pandemic, which resulted in video conferencing emerging as the mainstay of courts, according to Union Law Minister Kiren Rijiju.

Funds for setting up 2,506 VC cabins were made available. Additional 1,500 VC licenses have been acquired. VC facilities are already enabled between 3,240 court complexes and corresponding 1,272 jails. A sum of Rs 7.6 crore has been released for the procurement of 1,732 document visualisers. 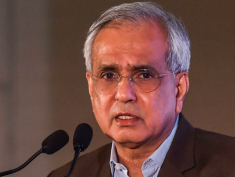 The concept of online dispute resolution (ODR) in India is in a nascent stage. Niti Aayog has recommended mainstreaming of ODR as a cost effective, convenient, efficient process

The concept of online dispute resolution (ODR) in India is in a nascent stage. The Niti Aayog had constituted a high-level committee to take it forward and the report of the committee titled ‘Designing the future of dispute Resolution: the ODR Policy Plan for India’ was released on November 29, 2021.

It recommended mainstreaming of ODR in India as a cost-effective, convenient, efficient process that can be customized to the specific needs of the parties concerned, considering the nature of the dispute. The Government has also acknowledged the importance of online dispute resolution and proposes to provide legal sanction to ODR by way of requisite provisions in the Mediation Bill, 2021, introduced in the Rajya Sabha on December 20, 2021.

Judicial Service Centres (JSC) have been established to serve as a single-window for ling petitions and applications by litigants and lawyers, and for obtaining information on the ongoing cases and copies of orders and judgments, etc. In addition, e-Sewa Kendras have been rolled out to bridge the digital divide by providing e-Filing services to lawyers and litigants.

The Government has released Rs 12.54 crore for setting up eSewa Kendras. As of December 31, 2021, 451 e-Sewa Kendras were made functional in district courts under 25 high courts. Also, training programs and awareness campaigns have been conducted from time to time to train various stakeholders and familiarise them with court digitization initiatives. Data/information relating to private dispute resolution centers is not collated by the Government.

Read, understand and then commit