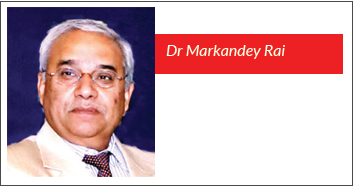 When India is celebrating the 75th year of independence as Azadi Ka Amtrit Mahotsav, it is our responsibility as citizen of this proud nation to add some flavour to it.

Through the Global Peace Foundation (GPF) where I am associated for a long time and have monitored its activities and impact to promote a peaceful living as one family and strengthen our ancient Indian philosophy of Vasudhaiv Kutumbakam, we are planning to host the next Global Peace Leadership Conference (GPLC) in February next year in New Delhi.

Tech revolution in the pipeline

The consultation and meetings have started and some groundwork has been done to sense the support and willingness and it was found that there is a great demand for it. A partners meeting for the GPLC 2023 was held on June 8 at the India international Centre and all the 40 partners expressed their support to the hosting of the convention.

Together with David Caprara, a senior advisor of GPF based in Washington DC, we visited several places in the first week of June for bilateral and multilateral meetings to sense the demand and support. To our surprise we got very warm welcome everywhere. We met with people and leaders from all walks of life from spiritual gurus to bureaucrats, youths and educationists, politicians and NGOs.

We spent two days in Haridwar and Rishikesh and had very interesting talk with Swami Chidanand ji of Parmarth Niketan who gave us his blessings and very valuable advice on how to make it an action-oriented event rather than a talk shop. We also had an interesting meeting in Patanjali Peeth and talk with Acharya Balkishan ji and Swami Ramdeo ji who reconfirmed their support and partnership in the organisation of the conference.

We had a meeting in the American Embassy and our initiative was received positively. Education is the sector where America wishes to support India in nation building and celebrating the Amrit Mahotsav. It was pleasant to learn that India’s position is elevated and it is treated not as the recipient but rather as equal partner in addressing global issues such as Covid-19 or global fuel and food crisis.

On June 7, Caprara delivered a lecture on ‘Strengthening the Indo-US relationship for peace and security with the guiding principles of Vasudhaiva Kutumbakam, at Pravasi Bhawan in New Delhi.

He eloquently presented the strengthened relationship between the US and India and emphasised the role of the Indian diaspora in building the US through its contribution in science, technology, business and education. The launching of the Indo-Pacific Economic Framework (IPEF) by the American President in the presence of PM Modi with 13 countries joining including India, on May 23 in Tokyo with the aim to strengthen their economy is a major step.

Caprara underscored that Vasudhaiva Kutumbakam is India’s gift to the world that has been highlighted at the United Nations, by our many Indian spiritual leaders, and through the mass popularisation of yoga and other forms of soft power throughout the world.

He further affirmed that with over 4.5 million Indian diaspora in the US, the role of universal values shared from the rich heritage of Vasudhav Kutumbakam is more apparent than ever as a binding factor deepening robust US-India relations.

He pointed to the many Indian-Americans playing very important roles in nation building from Vice President Kamala Harris to former UN Ambassador Nikki Haley. Many Indians are holding top position as CEO of major corporations as well as in SMEs and public sectors, including NASA.

Community care: It starts at home