India in the G-world order 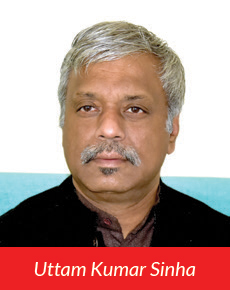 Come December, India will inherit the leadership of the G20 countries. Collectively, this consensus-based informal forum of 19 countries and the European Union, brings a diverse and compelling mix of advanced and emerging economies that represent two-thirds of the world population, 73% of the global GDP, and 80% of the world’s carbon emissions.

The inception of the G20 in 1999 came on the back of the economic crisis that swept across most of the tiger economies of Southeast Asia and the insufficiency of the G7 countries (Russia joined the group in 1998 but was expelled in 2014) to deal with it.

The G7’s declining economic weight vis-a-vis the rapid growth of the emerging economies, especially in Asia, was an indicator of the broader trends in the global economy and the tectonic shifts in economic clout. The G20 has since eclipsed the G7 as the principal forum for financial diplomacy, reflecting a new economic reality.

In the aftermath of the global economic crisis (2008-2009), the G20 was effective in not only stabilising the global financial markets but also infusing an economic stimulus, thereby averting a possibility of an economic depression. Thereon, the G20 leaders’ summit, though technically a meeting on ‘financial markets and the world economy’, has not been bereft of the increasingly complex and fraught multipolar order. Dealing with noneconomic risks such as geopolitical tensions, climate crises, international migration and terrorism has become central to the efficacy of the G20 in maintaining global economic stability.

The crisis-solving reputation that the G20 acquired, is now at stake. The ruptured strategic landscape, from the pandemic to the conflict in Ukraine, from hardening geopolitics to trade imbroglios and energy crises, poses a challenge. The competition and rivalry between the US and China reveals how power dynamics can weaken the cohesiveness of the G20 and impede its objectives of coordinating monetary and fiscal policies.

More than short-term crisis management, the G20 needs to set the long-term agenda. The G20 still remains the most broadbased representation of the current international balance of power. The Economist observed, ‘the G20 is a big improvement over the G7 because it takes emerging economies seriously.

But do the emerging economies themselves take the G20 seriously?’ India’s presidency of the G20 offers a unique opportunity and ‘unwavering commitment’ to deal with delivery plans for economic development and a pro-poor, proclimate-oriented growth models. It does not need reminding that the G20, like the G7, has often been critiqued as perpetuating the uneven characteristics of globalisation that exploit less developed economies.

India has to enhance the legitimacy of the G20 that is not reflective of elite priorities and the machination of great power, but more people-focused and inclusive. The world outlook is frightening and uncertain with the human tragedy of war, supply-chain disruption and higher-than-expected inflation that is exacerbating the cost of living crisis. If ever there was an opportune time of overcoming the logic of anarchy and power play through the process of institutions and interaction, it is now, through the G20 with India at the helm.

While the global economic growth outlook, as per the IMF report, is ‘gloomier’, India’s GDP growth forecast is the ‘fastest’ as compared to the US, China and the EU. This gives enormous credence for India to be the voice of the Global South that includes countries in Latin America, Asia, Africa and Oceania. Shared prosperity without peace is untenable.India’s active acclamation of a ‘polycentric world’ based on dialogue and diplomacy, ushers in a leadership trust that can add momentum to the recently concluded Bali G20 summit theme ‘Recover Together, Recover Stronger.’

Ensuring the effectiveness of multilateral cooperation will crucially hinge on whether the fissures in the G20 narrow or expand to a breaking point, especially with USChina relations at an all-time low and Russia’s unabashed neo-nationalism.

As the conflict in Ukraine continues unabated, critical global governance issues and solutions for inclusive economic recovery will be greatly undermined. China continues to send ambiguous signals of a new fondness for Russia. The US while putting an aggressive posture towards China cannot but deny that China’s influence has grown stronger on the world stage. It is not surprising that the US president Biden, when coming faceto-face with the Chinese president Xi Jinping at the just concluded Bali G20 Summit, expressed ‘We are going to compete vigorously but we are not looking for conflict.’

The G20 ‘Troika’ of the past, present and forthcoming leadership (Indonesia, India and Brazil) marks not only the rediscovery but the re-energising of the Global South. India’s G20 presidency can potentially become a watershed moment in global governance.

(The writer works at the Manohar Parrikar Institute for Defence Studies and Analyses is the Managing Editor of Strategic Analysis).

20 leaders speak In one voice

Atmiyata ethics need of the hour