The campaigns, launched by Information Technology Minister Ashwini Vaishnaw, are one-of-akind and reflect India’s ambition and strength to lead the world in digital innovation and solutions.

WHO supports global health agenda set by India for G20

Speaking at the event, the minister said that large-scale digital solutions offered by India are deeply rooted in humanitarianism. India, he said, is more than willing to share technology behind the digital initiatives like Unified Payments Interface with the world. Countries could licence the technology, enter into rights-sharing agreements with India and even set up systems through which Indian companies can handhold interested economies in installing, maintaining and running the technology.

“India believes in the philosophy of inclusion. India’s population scale and open source ‘public digital platforms’ such as UPI and Aadhaar have delivered economic and social inclusion and spurred innovation,” said Vaishnaw.

India’s G20 Sherpa Amitabh Kant, in his opening remarks, said: “Stay Safe Online & Digital Innovation Alliance are among the first programmes to be launched worldwide by G20 by any ministry.” “Solutions springing from India will not be meant for 1.4 billion people of the world but for the next five billion people who will move from poverty to middle-income category,” he added Alkesh Kumar Sharma, Secretary in the Ministry of Electronics and IT (MeitY), said the DIA is fueled by the desire to find a common cord among the G20 countries and invitees. It is aimed at recognising and supporting startups developing innovative digital solutions, he said.

During the Indian presidency, MeiTY is heading the G20 Digital Economy Working Group (DEWG). It will be focusing on three priority areas. These are digital public infrastructure (DPI), cyber security, and digital skill development, together with the “stay safe online’ campaign and DIA.

The DIA programme will culminate into the G20–DIA summit, which will be held in Bengaluru in August 2023 on the sidelines of the DEWG meeting. The objective of the summit is to identify, recognise, and enable the adoption of innovative and impactful digital technologies developed by startups, from G20 countries and invitee. 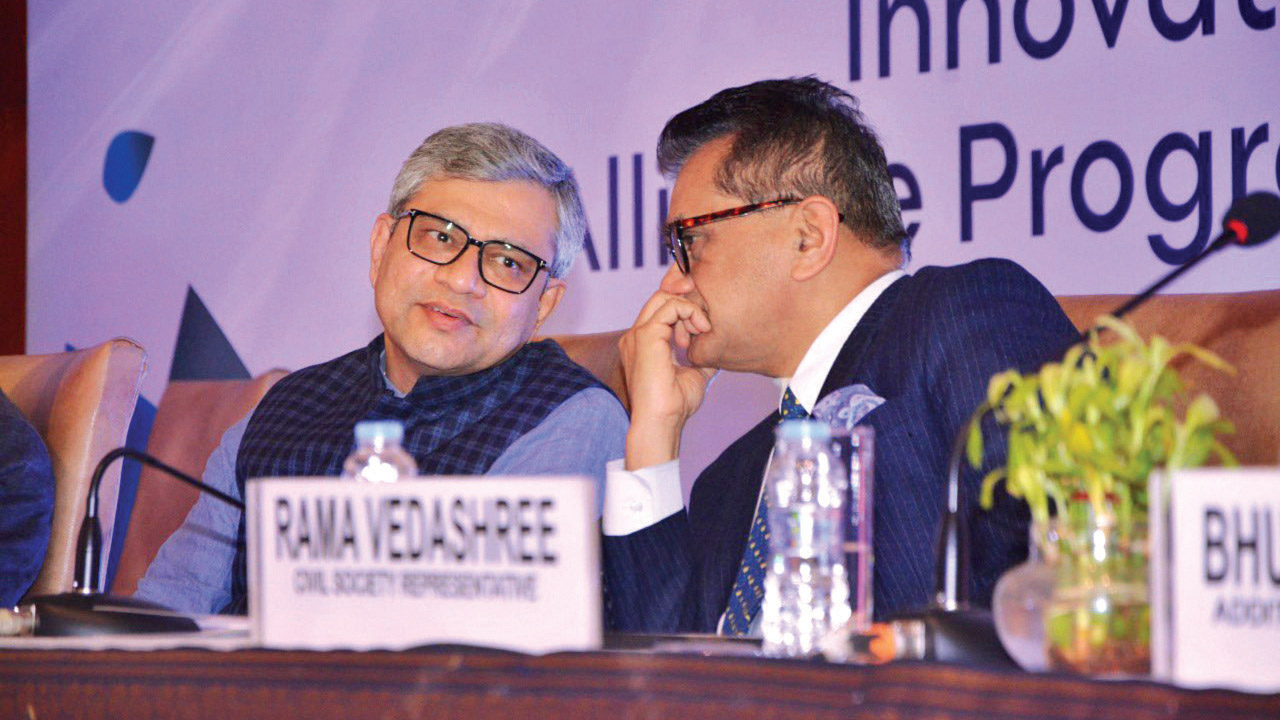 Meanwhile, a ‘Stay Safe Online’ campaign has been launched with the objective to raise awareness among citizens about the various scams and frauds prevalent online and educate them about vulnerabilities one is exposed to through widespread use of online platforms.

According to an official statement released by MeiTY, the campaign will make citizens of all age groups, especially children, students, women, senior citizens, faculty, Central and state government employees, aware of the cyber risk and ways to deal with these. The campaign involves the dissemination of multilingual awareness content in the form of infographics, cartoon stories, puzzles, short videos, etc.

Vaishnaw said the programmes like these are examples of how India’s presidency is unique and pathbreaking. He credited Prime Minister Narendra Modi’s call for “an actionoriented event for global good” as the inspiration behind these initiatives.

The Government, he said, is committed to its promise of inclusiveness and greater reach and hailed digital solutions as the way forward. He said efforts are underway to develop an indigenous AI-based language translator, Bhashini, to remove the language barrier.

Similarly, the country is pursuing an ambitious project of developing its own technology stack (hardware and software) for telecom solutions – 4G and 5G – which has already been tested for 5 million simultaneous connections and soon to be tested for double that strength. “There is huge flexibility here and once we have launched on a large scale in 2023, we will open this up to the world as well,” said the minister.