by Blitzindiamedia
in GLOBETROTTING, Latest News
0

Germany, one of the Europe’s largest countries, encompasses a wide variety of landscapes: the tall, sheer mountains of the south; the sandy, rolling plains of the north; the forested hills of the urbanised west; and the plains of the agricultural east.

At the spiritual heart of the country is the magnificent east-central city of Berlin, which rose Phoenix-like from the ashes of World War II and now, after decades of partition, is the capital of a reunified Germany.

After the Second World War, India was one of the first countries to establish diplomatic relations with the Federal Republic of Germany. Today, India regards Germany as an important partner in its quest for a new political role in the region and the world, for its ambitious economic reform programmes and for the development of the country’s industrial sector.

Bilateral relations are based on the May 2000 Agenda for the Indo-German Partnership in the 21st century, which has since been updated by further joint declarations.

Of particular importance are the Indo German intergovernmental consultations, where the two countries’ Cabinets have held joint sessions every two years since 2011, alternately in Germany and India.

Germany’s development coopera-tion with India remains a major component of bilateral relations. It focuses on the following areas: energy and energy efficiency, sustainable urban development and environmental and resource protection. In addition, German development cooperation supports the economic participation of women and the setting up of a practice-oriented (dual) vocational training system and provides stimulus for innovative approaches, e.g. in social policy or promoting start-ups.

Germany’s recentlyelected centre-left coalition under Chancellor Scholz chose India as the partner for its first governmental consultations on May 2, 2022. Beyond the signalling effects that Europe’s and Asia’s largest democracies intend to cooperate more closely together, the final joint statement exhibited the depth of mutual understanding and trust which has developed between both countries in recent years.

Germany remains one of India’s most important bilateral partners in Europe, a relationship that remains embedded in the larger framework of the European Union of which Berlin is a key driver. Germany’s invitation to Prime Minister Narendra Modi to join this year’s G7 Summit at Bavaria’s Schloss Elmau stands out as the most immediate and obvious acknowledgement of the existing strategic partnership.

However, Germany’s and India’s partnership is not just growing through diplomatic niceties. At the centre of the convergence lies the mutual recognition of common strategic interests. Shared interests are particularly relevant for both countries’ quests for strategic autonomy, their attentiveness towards the IndoPacific, and a renewed recognition of climate action.

India and Germany have realised that working towards a multipolar global order requires middle powers to support each other in their pursuit of strategic autonomy.

In the context of the Ukraine crisis, it is interesting that as Germany is struggling to reduce its energy dependence on Russia, India too has been made aware of the costs of overdependence on one supplier for defence.

True strategic autonomy will come only after the two nations manage to reduce their dependencies which are real vulnerabilities in the present geo-economic order.

Both countries have now started to recognize each other’s legitimate interest in technology innovation, standard-setting, and capacity building to boost domestic economic growth and resilience.

The signing of the Comprehensive Migration and Mobility Partnership Agreement focused on employment, higher education and movement of professionals between both countries is emblematic of the growing comfort level between the two nations.

Pledging investments in the areas of financial and technical assistance of €10 billion, the German Government has credibly demonstrated its interest in supporting the India’s strategic autonomy.

In the near future, recognising the WHOapproved Indian Covaxin Covid-19 caccine can be one immediate action for the German Government to acknowledge India’s emerging role as an international patent and standard setter. 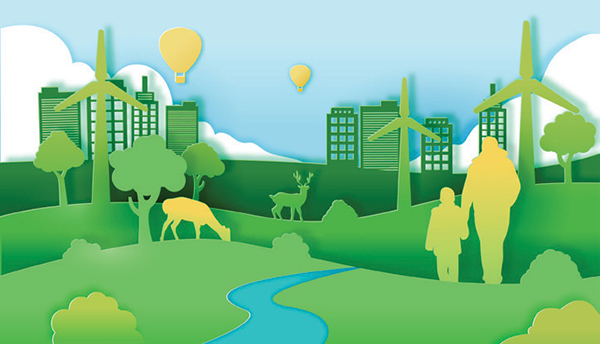 Germany has been gradually trying to emerge as a geopolitical player on the global stage even before the Ukraine conflict and this process has been accelerated by the war in Europe.

Given the central role of the IndoPacific maritime geography in shaping the international order in the 21st century, Germany was one of the first European nations to adopt its policy guidelines on the Indo Pacific region in 2020 and since then it has also pushed the European Union into articulating a coherent Indo-Pacific policy.

Towards that end, the German policy is aimed at strengthening its engagement with like-minded nations in the Indo-Pacific in areas ranging from economy, environment and climate to health and technology. And as skepticism about China’s future global role continues to grow in Europe, strong ties with India have become a strategic imperative.

Without India, the logic of the IndoPacific doesn’t go very far and New Delhi’s robust articulation of its regional aspirations has generated confidence in its European partners about the ability of India to shape the regional strategic architecture.

Comparing different sectors of cooperation, the Indo-German partnership has perhaps most advanced in the area of climate cooperation. Yet, a closer look at bilateral climate cooperation projects reveals that joint climate action efforts are most successful when geo-economic and geopolitical risks are greatening.

Russia’s invasion on Ukraine has stipulated a rethinking of Germany’s energy-import policy which creates an unparalleled window of opportunity for Indo-German green hydrogen cooperation as Germany seeks to decrease its dependence on Russian gas. Likewise, India has a tough task at hand in managing its energy security priorities.

With massively increasing oil prices since the beginning of the war in Ukraine, India’s view of green energy as a means of geo-economic risk mitigation is central to the achievements noted in the Indo-German Partnership for Green and Sustainable Development.

Both nations signed nine agreements that covered a range of issues including green energy, sustainable development, hydrogen task force and forest landscape restoration among others. As Germany comes to terms with new global realities, a strong partnership with India is today an important part of its foreign policy vision. This new vision has the potential to transform not only this bilateral partnership but also the wider engagement of the European Union with India.