Justice Chandrachud and the practical art of writing judgments 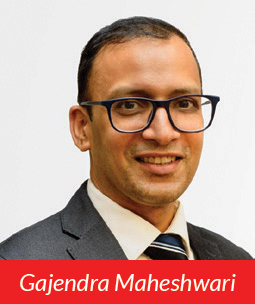 “The definition of genius is taking the complex and making it simple”, these words from Albert Einstein have a great relevance even in the context of justice delivery system.

Getting involved in a legal dispute is a plight for a common litigant. Legal matters by their very nature are complex. They are further complicated by voluminous case records and long arguments made at various stages of a dispute. Often judges resort to complex legal language and write lengthy judgments to decide a matter. Resultantly, it is difficult not only for a litigant but, at times, also for judges of a superior court to comprehend the outcome and very basis of the judgment they are dealing with. Justice Dhananjay Y.

Chandrachud, just a few months before his elevation to the position of the Chief Justice of India, came across a judgment passed by Himachal Pradesh High Court that was completely incomprehensible. The judge, who has himself mastered the art of writing judgments in lucid language, took on the opportunity to deliver his judgment on how to write a judgment. In this judgment delivered in matter of State Bank of India, he highlighted that, “the purpose of judicial writing is not to confuse the reader behind the veneer of complex language.” It was opined that, “a judgment must make sense to those whose lives and affairs are affected by the outcome of the case.” While remanding the matter back to the High Court, Justice Chandradhud emphasized that if the meaning of the written word is lost in language, the trust of the reader in the adjudication is severely eroded.

The above guidelines are demonstrated in several landmark rulings on intricate legal disputes authored by Justice Chandrachud. Unlike the conventional way of writing, while delivering important judgments he ensures that the decision is properly indexed and divided into different sections, viz. introduction, factual background, legal provisions, issues involved, applying the law to the facts, the relief (including order for costs) and finally, the order of the court. He continues to advocate the importance of better accessibility of the judgments to the society, especially for persons with disabilities.

For instance, in KS Puttaswamy’s matter, Justice Chandrachud authored the majority opinion on the issue of Right to Privacy. In this significant Constitutional matter, the right of privacy was declared to be a fundamental right under Article 21 of the Constitution of India. The judgment that has immense public importance is written in simple language and carries a wellarticulated summary of the decision towards the end. Later, in his dissenting opinion on the Aadhaar issue, Justice Chandrachud comprehensively laid down the requirements for laying down norms for each step, beginning from the collection to retention of biometric data based on informed consent, along with specifying the time-period for retention, right to access the data etc.

Owing to their technicality, many judges in constitutional courts do not prefer to deal with tax disputes. Tax disputes involving the question of their constitutional validity are even more difficult to resolve. Recently in a tax dispute (Mohit Mineral’s matter) the Supreme Court was called upon to elaborate on the powers of Goods and Services Tax (GST) Council. After beautifully dealing with various technical aspects, Justice Chandrachud categorically summarised that although the recommendations of GST Council are not binding on the Union and State Legislatures, the Central and State Governments while exercising their rule-making power are bound by such recommendations. This ruling has a great precedence value in shaping-up of the GST law in the country.

Findings of Justice Chandrachud in the Sabrimala case are another example of how the legal analysis of convoluted issues can be made in a simplified manner. In this verdict, he focused on the constitutional view of equality and rights of women and how they have been deprived from it historically. Justice Chandrachud’s concurring views in the judgments on other vital social causes such as decriminalisation of homosexuality and adultery under Sections 377 and 497 of the Indian Penal Code (IPC) respectively are few more examples of simple legal writing that strengthens the efficacy of judicial process.

In a country where the constitutional and other courts are chocked due to the pendency, disposal of matters through to-the-point and well-structured judgments in nonShakespeare language seems to be the need of the hour. With Justice Chandrachud at the helm of affairs of the judicial system, the new trend of writing practical judgments will become gain prominence. This will certainly help posing more trust and confidence of general public in the country’s judicial process.

Gajendra Maheshwari is a practising lawyer and is Managing Partner of the law firm Reina Legal.