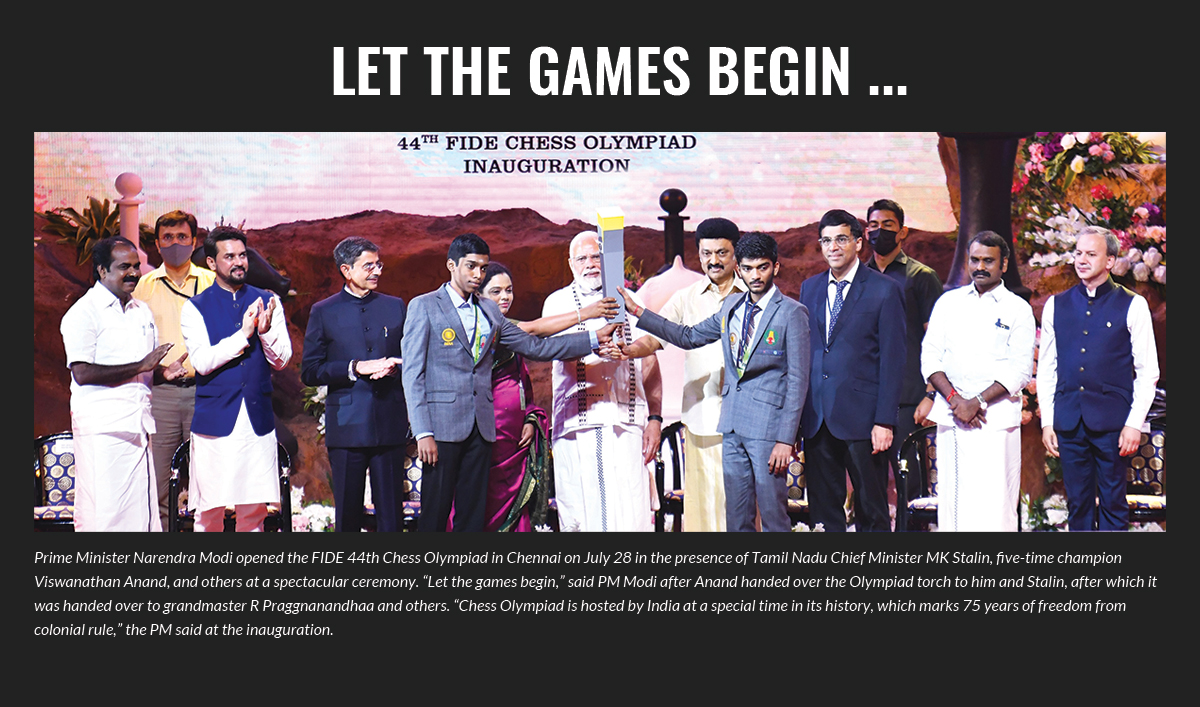 Prime Minister Narendra Modi opened the FIDE 44th Chess Olympiad in Chennai on July 28 in the presence of Tamil Nadu Chief Minister MK Stalin, five-time champion Viswanathan Anand, and others at a spectacular ceremony. “Let the games begin,” said PM Modi after Anand handed over the Olympiad torch to him and Stalin, after which it was handed over to grandmaster R Praggnanandhaa and others. “Chess Olympiad is hosted by India at a special time in its history, which marks 75 years of freedom from colonial rule,” the PM said at the inauguration.