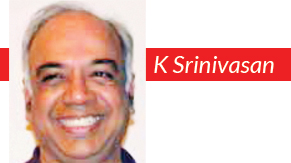 Here are some statistics that India need not be proud of:

India will record the highest number of cardiac deaths by 2030 in the world according to top cardiologist Dr CN Manjunath. One in four deaths will occur due to Cardiovascular Disease (CVD). “Heart issues are growing among the young and middle-aged population and this is alarming,” he said.

According to the Indian Council of Medical Research (ICMR), there will be an estimated 12 per cent rise in cancer cases in India in the next five years. Higher life expectancy also leads to a more significant number of cancer cases. That would mean more healthcare facilities and a greater burden on the existing ones.

Every sixth Indian is a diabetic. We are in the top ten in this disease, infact, second after China with 77 million diabetics. China tops with over 116 million diabetics. According to the International Diabetes Federation, close to 10 per cent of the global health expenditure is on diabetes control.

Respiratory diseases account for over 10 per cent of all deaths in India. No surprise considering the terrible state of the quality of air in most of our metro cities with the national capital of Delhi topping the list for bad air quality.

Now look at this: The air quality in India worsened in 2021 according to the World Air Quality Report released in March.

India ranks fifth among 117 countries, regions and territories around the world in terms of pollution levels. According to the BBC that quoted the report: ‘’Air pollution can shorten lives by almost 10 years in the Indian capital, Delhi, the world’s most polluted city. The study adds that the average Indian life expectancy is shortened by five years at current air quality levels. The Air Quality Life Index by the Energy Policy Institute at the University of Chicago (EPIC) notes that some 510 million people who live in northern India – nearly 40 per cent of India’s population – are “on track” to lose 7.6 years of their lives on average, given the current pollution levels.

Delhi topped the list of polluted capital cities in the world for the fourth consecutive year–a 14.6 per cent increase in PM2.5 concentrations in 2021 as compared to 2020.

Is there a connection between the levels of pollution in our cities and the rising trend of multiple diseases? Doctors are unanimous that it is a combination of multiple factors including pollution, stressful lifestyle and a sedentary way of life.

Yoga, exercising, hiking, and good eating are all elements Indian society is imbibing rather slowly. Almost every year, the consumption of alcohol and tobacco is on the rise and as one father said of his 35-year-old son’s heart attack, “It was destined when he even goes in his car to get his hair cut.”

These statistics are grim and need to be reversed. If India has to be a global powerhouse, it cannot afford to be the disease capital of the world. We need a healthy and vibrant workforce and clean air to achieve our place at the high table.

We must start the revolution to change now. (K.Srinivasan is Editor in Chief at Newsline Publishers and Editorial Director of Blitz India. He has over four decades of experience as a professional journalist)