FREEDOM OF PRESS AN ARTICLE OF FAITHAND A SACRED DUTY

“The freedom of the press is not a mere matter of decoration for patriotic journalist; it is an article of faith and a sacred duty.” This was stated by RK Karanjia in his written reply before the Privilege Committee of the second Lok Sabha in April 1961 on the issue of a story published in Blitz with the title, ‘The Kriploony Impeachment’, based on the speech of JB Kripalani in the Lok Sabha. 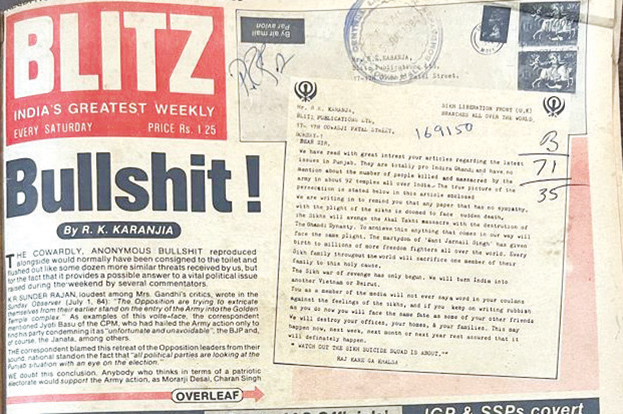 Karanjia started with a quote of Bal Gangadhar Tilak: “When the Kesari was started journalists had made fashionable a type of writing, calculated not to antagonise the rulers, if not positively flatter them. Those days are gone. As journalists we are out to awaken and unite people as also to make them earnest. We do not write for our rulers alone. We aim at inculcating on the mind of our readers-the thoughts which stir us deeply. We want them to feel our earnestness. We want the discontent in our heart to infect them.”

Karanjia argued, “Tilak and Gandhiji affirmed these ideas and ideals in a period which was different from today. May I submit that principles do not change with the change of times. These giants of the Indian renaissance placed before our people not platitudes but sterling principles and rousing examples to guide them in their actions for generations to come.”

Elaborating further, he said, “In this inspiring context, I have always believed that the policy of my paper must be guided by the principles which are enshrined in Blitz’s challenging motto to remain ‘Free, Frank, Fearless and First’. Therefore, I submit, Sir, that your committee must consider the two basic concepts: those of the sacred fundamental rights of the freedom of the press guaranteed under our Constitution and the glorious heritage of the Indian tradition of a free press built over century by leaders like Lokmanya Tilak and Mahatma Gandhi.” 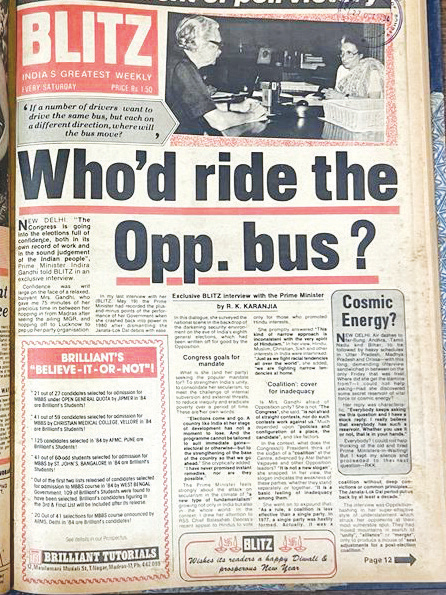 On the issue of parliamentary jurisdiction, he wrote, “it is my respectful submission that before your committee considers the breach of privilege alleged to have been committed by me, it ought to answer the following questions: Under our way of democratic life, in whom does sovereignty vest? Is it in the people or in the Lok Sabha or the several Assemblies which function at State level in our federation? Indeed, the crucial question is which is supremethe Constitution or the Lok Sabha and the said Assemblies?”

He said, “My respectful submission is that the Lok Sabha nor the many State Assemblies and Councils are either sovereign or supreme. I am conscious of the fact that this submission is a departure from the popular view which is, in my considered opinion, based on a fallacy. This fallacy arises from an attitude of mind which tends to follow almost blindfoldly the custom and the conventions of the British Parliament. Our Lok Sabha and the legislative organs at State level are creatures of the Constitution: thus there is a fundamental and radical distinction between the status, powers and privileges of the British Parliament and our Lok Sabha. The position I submit in relation to our Constitution is qualitatively different. Our Constitution places before the people certain theoretical concepts. One such concept is that of fundamental rights.” 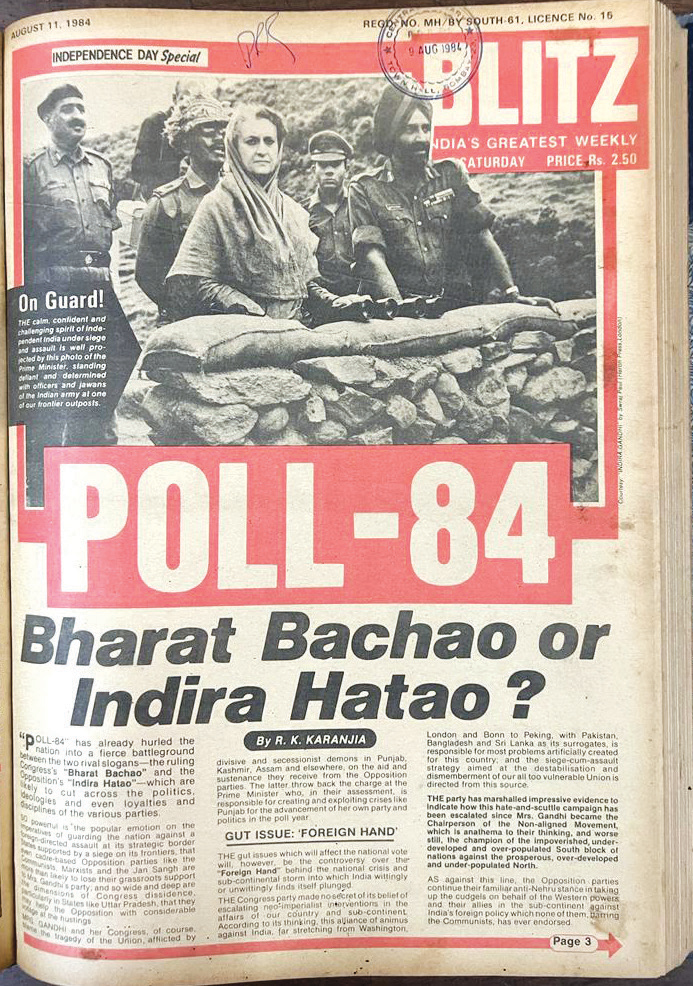