Dynasties are passé, the birth of the Great Indian Dream

On December 11, the hill state of Himachal saw a symbolic shift in state politics. Senior Congress leader Sukhvinder Singh Sukhu, 58, the son of a road transport corporation bus driver, who was at one time a doodhwala (a milkman), running his milk counter at Chhota Shimla, in his early youth, took oath as the 15th Chief Minister of Himachal Pradesh. Sukhu trumped the Rani of Himachal politics, Pratibha Singh, the widow of the late Raja Virbhadra Singh, who had lorded over Himachal politics as Chief Minister six times.

A picture, they say, is worth a thousand words. Check out the picture of Sukhu embracing his mother Sansar Devi on the day of his swearing-in. It touches an emotional chord and reflects the strong mother-son bond that binds all Indian families.

The story of Sukhu’s rise from modest origins and the mother-son picture rings a familiar bell. The trajectory of Sukhu from subaltern to saheb, echoes a well-known story, of how a certain ‘chaiwallah’ became chief minister of Gujarat for three terms and then the Prime Minister of India in 2014. The picture of Sukhu with his mother reminds one of the intimate moments PM Modi spends with his mother.

Modi has in many ways altered the grammar of Indian politics, and the contours of political culture. The dynasts and the maharajahs are passé. Modi’s meteoric rise, now being repeated in the Congress party, is the new trajectory of Indian politics, the rise of individuals from humble class origins to dizzying heights of glory. The symbolic shift from the Maharajahs to Doodhwalas in Congress, from class to mass backgrounds, from sahebs to subalterns, signifies a new social churn in politics, a magnificent Manthan, the birth of a new line of great leaders from the boondocks. Consider the rise of President Droupadi Murmu from humble tribal origins as Governor of Jharkhand and finally to the highest office of the President. The parallel story in Congress is the phenomenal rise of the new Congress President Mallikarjun Kharge, from modest Scheduled Caste origins. 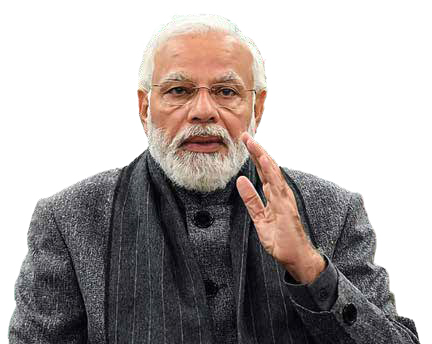 The rise of Modi, Sukhu, Murmu, Kharge and several others heralds the birth of the new Indian dream. It is the positive story of the rise of a new modern India, a land full of opportunity, of freedom of social mobility without many hindrances. It unfolds the power of democracy and displays the fierce freedom that has been unleashed by 75 years of democratic competition. The traditional hierarchies of caste, class and gender are being replaced by modern Indian individualism, an innovative Idea of India, a novel Incredible India. It is also the story of sheer grit, hard work, and the rise of native genius.

Not just reforms; blended finance is the way to go

Surat model’ is the future