This year marks 60 years of diplomatic relations between India and European Union. India has the distinct honour of being the first Asian country to forge diplomatic relations with the European Union, way back in 1962 when it was known as the European Economic Community (EEC). The relations between the two have come a long way, having transformed from just trade and economic cooperation-dominated to a strategic partnership.

Today, EU represents a grouping of 27 countries that operate as a cohesive economic and political block. India is one of the 10 countries that the EU has as its strategic partners. It was in 2004 during the fifth India-EU Summit at The Hague that bilateral relations were upgraded to a ‘Strategic Partnership’. In the initial years, the EEC provided the much-needed aid for India’s ambitious developmental projects.

Reflecting India’s vision for the future

The Operation Flood, commonly referred to as the ‘White Revolution’, which laid the foundation of India’s transformation from a milk-deficit country to the world’s largest milk producer, would not have been possible without the help of the EEC. The European body kick-started the up-scaling efforts of India’s dairy industry by providing skimmed milk powder and butter oil through its World Food Programme. Since the 1990s, India-EU relations have gained considerable momentum. Apart from trade relations, political engagement has also expanded; but most importantly, people-to-people relations have grown exponentially as Europe became a learning hub for thousands of Indian students. In terms of bilateral trade also, there has been a quantum jump. 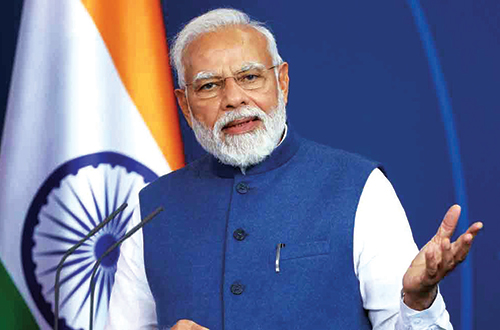 As the world’s largest democracies, we are natural partners. Our close relations are founded on the shared values of democracy, rule of law, respect for fundamental freedoms and multiculturalism 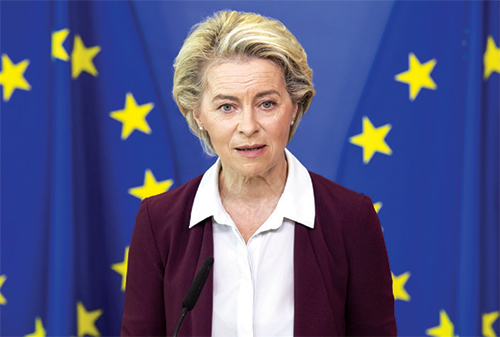 For the European Union, the partnership with India is one of our most important relationships for the coming decade and strengthening this partnership is a priorit

The bilateral relations picked further steam after the Modi Government came to power. In 2017, during the 14th India-EU summit in New Delhi, Prime Minister Narendra Modi emphasised upon the need for deeper relationship between India and the EU as both were natural partners. “As the world’s largest democracies, we are natural partners. Our close relations are founded on the shared values of democracy, rule of law, respect for fundamental freedoms and multiculturalism.” he said.

A new chapter was opened in the bilateral relationship with the adoption of the ‘EU-India Strategic Partnership: A Roadmap to 2025’ on July 15, 2020.

The deep impression that Prime Minister Modi’s words left on the EU leadership and its stakeholders can be ascertained from the address of EU President Ursula von der Leyen, who was on an official visit to New Delhi on April 24-25 this year to celebrate 60 years of relationship between India and the European Union. Echoing PM Modi’s sentiments, she said, “Today, our relationship is more important than ever. We have so much in common… For the European Union, the partnership with India is one of our most important relationships for the coming decade and strengthening this partnership is a priority.”

The holy grail of chess is here!

Answerable to the Constitution alone