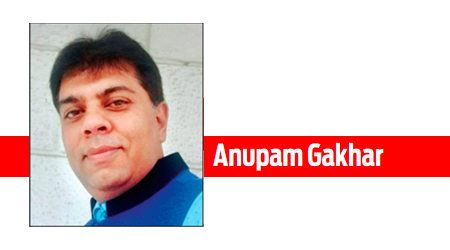 NITI Aayog, the premier policy think-tank, provides directional and policy inputs to the Government of India. In accordance with Prime Minister Narendra Modi’s vision of cooperative federalism and good governance, the Aayog follows a collaborative approach to policymaking where both the Central and state governments act as development partners.

It is the NITI Aayog’s principal mandate to forge meaningful partnerships with state governments, civil society organisations, the private sector, and innovators for accelerating the pace of India’s development and achieve the ambitious development goals of the nation. Be it industry, agriculture, urbanisation, rural development, education, mobility or health, the Aayog’s contribution has helped put policies in place to help India make significant progress towards the achievement of the Sustainable Development Goals. Several of NITI Aayog’s initiatives have led to remarkable impact on people and the economy of the country.

E-Amrit, read as Accelerated e-Mobility Revolution for India’s Transportation, is a one-stop destination for all information on electric vehicles (EVs) —busting myths around their adoption or purchase. The portal also shares information on investment opportunities, policies, subsidies, etc. in EV space. E-Amrit portal, developed as part of the UK-India Joint Roadmap 2030, complements initiatives of the Government in raising awareness on EVs and sensitising consumers on the benefits of switching to electric vehicles.

The Government’s e-mobility initiative has led to registration of more than 7.5 lakh e-vehicles till date. Most of India’s states have drafted or notified state EV policies. A total of 380 EV manufacturers now operate in India and there are 1,800 EV charging stations functional in the country.

The Women Entrepreneurship Platform (WEP) is an initiative by NITI Aayog to promote and support aspiring as well as established women entrepreneurs in India, assist and handhold them in their journey from starting up to scaling up, and expanding their ventures. WEP identifies partners who can become pivotal agents to transform WEP’s vision into reality through incisive interventions. More than 200 such partners are on board to help 26,800 women who have registered on this platform till now. There are 330+ knowledge resources to help these women on the WEP portal and more than 130 entrepreneurs have benefitted till date from the initiative.

‘Methanol Economy’ Programme NITI Aayog’s ‘Methanol Economy’ programme is aimed at reducing India’s oil import bill, greenhouse gas (GHG) emissions, converting coal reserves and municipal solid waste into methanol. It is estimated that the methanol economy will create close to 5 million jobs through methanol production, application and distribution services. Additionally, Rs 6,000 crore should be saved annually by blending 20% DME (Di-methyl Ether, a derivative of methanol) in LPG. Under the programme, five methanol plants based on high ash coal, five DME plants, and one natural gas-based methanol production plant with a total production of 20 MMT/annum in a joint venture with Israel are planned to be set up. In fact, Thermax Ltd., a private enterprise, has successfully developed a 5 KW methanolbased reformer on a Direct Methanol Fuel Cell (DMFC) with an aim of replacing DG sets in mobile towers.

The Government of India launched the ‘Transformation of Aspirational Districts’ initiative in January, 2018 to improve India’s ranking under Human Development Index by raising living standards of its citizens and ensuring inclusive growth of all. The Aspirational Districts Programme (ADP) is currently being implemented in 117 underdeveloped districts of India spread across the country. The NITI Aayog anchors the programme at the Central level while the individual ministries have assumed the responsibility to drive the progress of the districts. The impact is there to be seen with marked improvement on various fronts.

NITI Aayog’s initiative of Sustainable Action for Transforming Human Capital in Education (Project SATH-E) is a guiding star in achieving SDG 4 for India. The state governments of Jharkhand, Madhya Pradesh, Odisha and the Government of India came together to improve quality of education, upgradation of institutions and setting up robust governance mechanisms. The first phase of SATH-E was completed in March 2020; the project impacted 2.3 crore students, 4.5 lakh teachers, and 2.3 lakh Government schools.

NITI Aayog is also involved in policy interventions in various other domains. A matter of pride for the Aayog’s work and for India is that today the country ranks 46th on Global Innovation Index, rising up from its 52nd position in 2019. NITI Aayog has been regularly publishing reports to drive development policies at Centre and state levels. Be it action plans for biomass management, clean fuel, clean Industry or clean transport or on key topics as management of urbanisation, skill development or releasing SDG India Index, NITI Aayog’s contribution to the nation is invaluable and will play a significant role in India becoming a 5-trillion economy.