NORTH-SOUTH CONFLICT COMES TO THE FORE

Most evident at COP27 negotiations across central themes; and most acrimonious on the issue of loss and damage 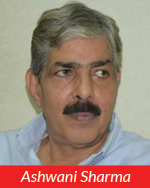 PAN not linked with Aadhar to be ‘inoperative’ by March

The issue of loss and damage was vigorously pursued by the Third World coalition, the Group of 77, at COP18 at Doha in 2012 and the coalition succeeded in incorporating it in the Doha Declaration. The issue that remained unresolved was the source of finance. The Group of 77, comprising 134 developing countries from across the continents of Asia, Africa, and Latin America and the Caribbean, has been relentlessly pursuing the establishment of ‘Loss and Damage Fund’ in climate change negotiations since 2012.

During negotiations at COP27, the Group of 77 made strong repeated appeals for the establishment of the fund to compensate the countries that are most vulnerable to climate change disasters and yet have contributed little to the climate change. The proposal was opposed by the developed countries, particularly the United States, for the fear that establishment of the fund may lead to legal liability and that could trigger legal battles: it could be a liability, compensation or even reparations. The EU was sympathetic on the issue during the last phase of negotiations. When it became an issue of make or break the conference, the North agreed to set up a financial support structure for the most vulnerable countries by the next COP28 to be held in November, 2024.

South’s political leverage This is suggestive of political leverage that the South has on climate change. Some analyst would suggest that the Global South has a veto on the issue. Part of the success of Group of 77 in COP negotiations is also attributable to the alliance it had formed with the global environmental social movements to press for its demand for the establishment of the fund.

The second issue on which the NorthSouth dimension had been apparent during negotiations was mitigation. The South insisted on phasing down of all fossil fuels: coal, oil, and gas. However, the alliance formed by the oil producing countries, developed as well developing countries, forestalled such a decision. The geopolitical situation and the world energy crisis added strength to the alliance. The outcome of the conference is for phase-down of ‘unabated coal power’ (not all fossil fuels) and phaseout of inefficient fossil fuel subsidies. Developing countries have the largest reserves of coal and rely heavily on coal as a source of energy. This is a setback to the global South as there was a breakaway group (OPEC) of developing countries that formed an alliance with the oil producing developed countries.

The third issue of North-South conflict, as always, has been the issue of finance for adaptation and mitigation of climate change in developing countries through the institutions of Global Environmental Facility and Green Climate Fund. The developed countries had pledged in the Paris Agreement (2015) to contribute US $100 billion every year for the purpose. The COP26 held at Glasgow in 2021 pledged to double the finance for developing countries. So far, the developed countries have consistently failed to fulfill the pledged financial contribution. It remains a broken promise and COP27 has simply renewed the pledge for financial commitment by the developed countries. In the absence of transfer of green technology and additional finance (in addition to the existing development assistance) from the North to the South, the targets set by the COP27 would remain in the realm of broken promises.

The hard truth of Sharm El-Sheikh

Yet another major reform