Regulation is need of the hour 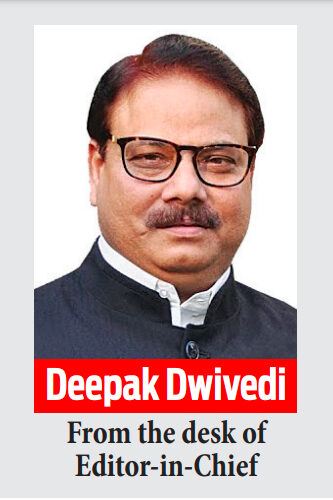 Despite its plethora of advantages, social media has created a huge turmoil all over the world; India being no exception. Our Cover Story this week is about the need to put some kind of a leash on this unrestrained medium of communication. Elaborating on the instances of social media posts which have led to death threats and murders in the country, the story lauds the bold move of the Modi Government to bring in new rules to force these platforms to remove incendiary content that violates domestic laws. And to show the seriousness of its intent, the Government has issued a showcause notice to major social media platform Twitter, says our story.

As part of the social media package, we carry two more stories on an inside page. The first story describes how the social media platforms now moderate and curate the content that they host. They do so by removing any offending speech, restricting access to such speech, and suspending or terminating a user account. The story gives official data about the number of posts they have acted upon but infers that self-regulation is not enough and Government’s intervention is a necessity. The other story is about the mechanisms adopted by the rest of the world to control the Internet and regulate various social media platforms.

The Centrespread is a take-off on the recent remarks of CJI Ramana, hitting out at the “forces whose only aim is to run down the only independent organ” in the country. Endorsing the contention that judiciary is “answerable to the Constitution and Constitution alone”, our story quotes jurists and landmark judgments to emphasise upon its independence. It is neither judiciary made to opposition measure nor Government’s pleasure, says our story, adding how it has repeatedly proved to be a saviour of our democracy. The other story deals with five provisions that ensure that the judiciary in India is free and independent.

The Southeast Asian country of Vietnam, which has assumed additional significance in the backdrop of India’s persisting border standoff with China and Beijing’s aggressive moves in the South China Sea, is the focus of this week’s Globetrotting. Stressing upon the deepening defence ties between the two countries, our story says the unrelenting Chinese hostility in the region will ensure that India and Vietnam will continue on the path of cooperation. Moreover, the positive trajectory of both countries vis-à-vis the security ties with the US is another point of convergence, it stresses. A box story on the page highlights the joint logo launched recently by External Affairs Minister S Jaishankar and his Vietnamese counterpart to celebrate the 50 years of diplomatic ties between the two countries. The image represents a long-standing friendship between India and Vietnam symbolically through a peacock and a crane, the birds of national importance in the two countries respectively.

The brain behind India’s ‘offensive defence’

India in the G-world order

How about printing a house!