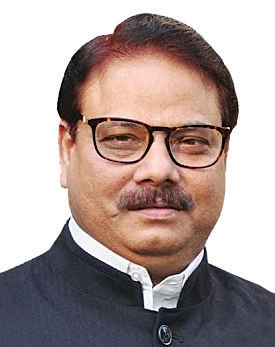 After months of struggling with daily power cuts and shortages of essentials, protesters came on to the streets in Sri Lanka, stormed the Presidential Palace and other Government buildings, forcing President Gotabaya Rajapaksa to flee the country.

This remarkable victory of the people is our Cover Story of the week. Besides wrapping up the latest developments, the report describes how Rajapaksa’s departure has created a political vacuum in the neighbouring nation. However, there is no sign of the public uprising abating, says the report, emphasising that a democratically-elected political leadership is needed to restore stability. But before that, the Opposition needs to secure an agreement between parliamentary parties for a transitional plan.

The other story, as part of our Sri Lanka package, is on India’s multi-sector approach to bail out the island nation. As Sri Lanka occupies a central place in our ‘Neighbourhood First’ policy, this year itself India has extended a support of over $3.8 billion for ameliorating the serious economic situation there, says our report. We also carry a report that explains how China’s deb-trap diplomacy is among the reasons for Sri Lanka falling apart as a country.

In the untimely death of Shinzo Abe, the longest serving Prime Minister of Japan, the world lost a truly global statesman who passionately advocated closer India-Japan ties and sought to move beyond Tokyo’s post-war pacifist worldview. In view of his unique bonding with India and special rapport with Prime Minister Narendra Modi, we devote this week’s Centrespread to Abe. A brief intro to the package sums up Abe’s contributions to the now-mainstream concepts like Indo-Pacific, Quad and 2+2 Meeting, besides lauding his key role in the introduction of bullet train in India. We also carry the text of PM Modi’s emotional blog penned for ‘My Friend, Abe San’, wherein he calls him “an outstanding leader of Japan, a towering global statesman, and a great champion of India-Japan friendship.” The page also carries excerpts from Abe’s famous ‘Confluence of the Two Seas’ speech made to Indian Parliament during his first stint in office.

It’s a mere coincidence that Maldives, the fugitive Sri Lankan President’s first stop after fleeing the turbulent island nation, happens to be our Globetrotting destination. Besides dwelling on Maldives’ ethnic, linguistic, cultural, religious and commercial relations with India, our report focuses on the recent protests in Maldives against India’s influence in the archipelago. The calls for ‘India out’ have led the Maldives Government to reiterate its ‘India First’ policy, says our report, which also highlights the difficulties that the two countries face in building a stable and strategic partnership. Our report also details how the Modi Government has walked the extra mile in its assistance to Maldives on multiple fronts. A related report deals with the thriving and sustaining extremist ecosystem in Maldives and how the Solih Government is tackling this challenge. Over to you!

Our lives and space exploration