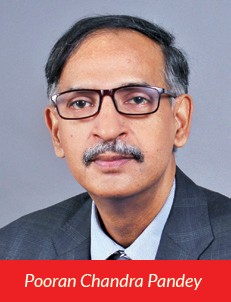 India, in accordance with its national and sub-regional plans and pledges that it made during COP26 in Glasgow in November 2021, has been undertaking efforts and initiatives, collating data sets to inspire people, institutions and private sector to take tangible measures for India to be able to cut its carbon emissions by 50 per cent by 2030 in short term in lead up to its net neutrality goal on a long-term basis.

The table alongside captures comparative data sets on coal, fuel energy, renewable, electric vehicles, and pricing between months of January and June, 2022.

A time to hope

India has initiated plans to achieve its climate goals and environmental concerns both as per its sub-regional and national plans. The table depicts the uptake in fossil fuel that includes coal production having jumped some 30 per cent in six months’ time period between January and June 2022 due to sudden hike in industrial activities post Covid-19 period, pent-up demand in consumables, energy crisis due to Russia-Ukraine war, and extreme hot weather conditions.

The situation also corresponds to fuel energy figures with spike both in its production and consumption numbers. It is, however, interesting to note that the weighted average pricing (WAP) of fuel energy has also gone up due to deregulated market conditions in the country. Energy crisis due to ongoing Russia-Ukraine war and its impact on consumables are also to blame for the trend.

It is worth mentioning though that the country has been taking concrete steps towards gradually cleaning up pollution from urban centres by slowly phasing out diesel and petrolrun buses and vehicles by introducing electric vehicles, the number of which over last six months has gone up from approximately 50,000 to 72,000. This has brought relief to travellers and cleaned up pollution with reduction in carbon emissions and public transport fares for travellers with deep subsidies that the Government is putting in to popularise the use of public transport. It is also interesting to note that renewable energy sources are posting healthy good gains both on supply and demand side.

WAP for consumers up

However, the weighted average price (WAP) for consumers has gone up between the designated period due to supply-chain disruptions in material availability both on account of pentup demands due to Covid-19, and ongoing Russia-Ukraine war.

India has been taking steps geared to achieve both its short-term and longterm climate goals. Political will appears evident and people seem to be mending their lifestyles to contribute to the cause of a healthy planet, both at the local as well as at the national levels. Collective action by private sector, Government and people together in achieving climate goals seem to be picking up momentum and beginning to pay off positive results.

(The writer is a founding CEO of Berlin-based global think-tank, Dialogue of Civilizations Research Institute, he has also worked with the United Nations)