Rumblings of an oncoming global recession

Why India is an exception 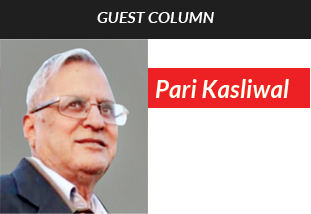 All around the world are heard rumblings of an oncoming global recession. Some say it’s already here; some say it is all but inevitable in the near future. Such fears are particularly pointed coming so soon after the glorious recovery after the brief Covid setback. Before, there had been the extraordinarily long recovery after the nasty recession of 2006-7.

A global recession is coming, yes, but its contours remain diffused across time and across locations. The respective triggers in different regions have been idiosyncratic and a-synchronous: the Russian invasion of Ukraine and the resulting energy shock in Europe; the sharp anti-Covid shutdowns in China; supply chain disruptions in global trade; the many stupidities of Brexit; last but not the least, missteps of year-ago monetary policy in the US.

Each of these events and their respective policy responses can be examined in isolation even as their contributions to a global crisis will continue to be debated. Remember that once feedback mechanisms become set in place the overall impact will synchronise and become closer to multiplicative than just additive.

The Ukraine war was Putin’s doing, an exogenous event with its energy shock, starkest in Europe. Germany’s economy has been most impacted and is taking what remedial action it can. Aside from alternately sourcing natural gas, it is reversing their rather hasty ban on nuclear power after Fukushima.

Meanwhile China’s strict anti-Covid measures have already shaved two or three percentage points off their growth this year. Last year’s disruption of supply chains left its traces by initiating inflation. As for Britain: Its original sin was Brexit. Whether it was the passions of a moment (or month), political chicanery or whatever, one begins to have doubts about democracy if its results are so obviously harmful to the self-interest of voters. Looking ahead, each of these events could conceivably be reversed but the undoing of recession or inflation would not be instantaneous as these pathologies take on a momentum of their own.

The last contributory event deserves more explication since it was a policy mistake done with eyes wide open, one that spread the crisis worldwide. One year ago, the US Federal Reserve kept its foot on the monetary supply accelerator despite many warning signs that urged caution. After all, the labour market was virtually beyond perfect. Yet both fiscal and monetary policy continued full blast well past the stated rationale: ameliorating the Covid economic setback.

The Fed had many reasons to step off the accelerator, well expressed at that time. Its balance sheet bloated since the last recession had to be unwound; what better time to do it than when the economy was zooming.

Yet even its programme to taper off assets was minimal. Next it ignored the glimmers of inflation due to supply chain issues, by the rationalisation that these increases were temporary and not established in long term inflationary expectations. Meanwhile the extremely low, essentially zero, interest rate had set up real estate and stock market bubbles, dangerous hazards in themselves. If the Fed chief had heeded caution, he would have gradually raised in interest rates then rather than waiting till mid-2022 for much larger jumps after inflation had entrenched itself.

Once inflation was already established the Fed belatedly chose to show its macho by raising interest rates by “whatever it takes”. Unfortunately, this hurts not only people in the US, but in other countries as well. The mechanism is the exchange rate. Higher US interest rates attract inflows of capital, appreciating the dollar while depreciating other currencies.

The currency depreciation in turn exacerbates inflation via the higher cost of imported good. The higher prices in turn force wage increases in a vicious cycle. There have been huge depreciations for the British pound and Japanese yen; a smaller depreciation for the euro, and even smaller, mercifully, for the Indian rupee. India stands out as an anomaly for a curious reason. The legacy of its long years of isolation from world markets, and also its large domestic market keeps it somewhat insulated from global trends except for higher interest rates. Also, the concessional Russian oil helped.

All these facets paint a varied impressionistic picture, but the interested reader wants to know: how deep will the recession be and for how long? My own (wild) guess is not very deep and not very long. Unlike last time, the banks have sound balance sheets, so no danger there. Also, the world’s financial architecture is much more prudently established since the last time.

(The writer taught Development Economics at University of California, Los Angeles (UCLA) in the USA)

A polyglot and avid translator

Numbers speak for themselves

How about printing a house!