Wave of startups in the country shows how fast the change is happening: PM 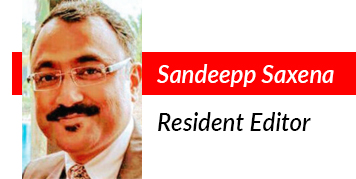 AHMEDABAD: Emphasising that his Government is moving forward with science-based development, Prime Minister Narendra Modi said since 2014, investments in the science and technology sector have also increased. “Due to the efforts of the Government, today India is at 46th position in the Global Innovation Index. In 2015, India was in the 81st position. We have progressed to 46th place in such a short period. But we should not stop here. We have to go forward,” he said while virtually inaugurating a Centre-State Science Conclave at Gujarat Science City on September 10.

The Prime Minister pointed out that a record number of patents and innovations are happening in India. “The wave of startups in the country shows how fast the change is happening,” he added.

Asking state governments to focus on innovation to find solutions to local problems, PM Modi said, “The technology used in the Himalayas need not be equally effective in Western Ghats. Deserts and coastal areas have their own problems… It is important that every state creates a modern policy connected with science, innovation and technology.” He said state governments should adopt good science curriculum being taught in neighbouring states and create infrastructure to promote science and technology.

“We have to make India a global centre of research and innovation in this Amrit Kaal. States should adopt best practices from other states. This will be a step towards ensuring timely and effective implementation of science-led development programmes in the country,” he said.Additionally, the PM said the state governments should emphasise on the creation of more scientific institutions and simplification of processes.

PM Modi said, “Centre-State Science Conclave is an example of our mantra of Sabka Prayas. Today, as India moves towards leading the fourth industrial revolution, the role of India’s science and people associated with this field is very important.” PM Modi expressed that for the development of 21st-century New India, science will play an important role in accelerating the growth of all areas and sectors.

According to Prime Minister’s Office (PMO), the first-of-its-kind conclave will strengthen CentreState coordination and collaboration mechanisms – in the spirit of cooperative federalism – to build a robust science, technology and innovation (STI) ecosystem across the country.

He heralded armed forces into a new era of transformation