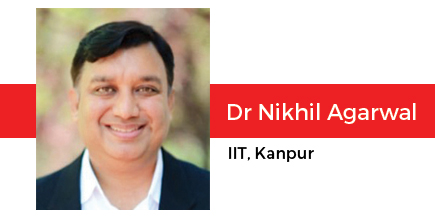 The dream of every startup is to achieve a unicorn status as soon as possible. India has become the third-largest startup ecosystem (in terms of a number of startups) after the US and China. India has now 100 startups that have ever touched $1 billion in valuation during their lifetime. The valuation is a tricky game; some startups have slumped in the valuation.

A staggering $80 billion is raised by these startups, creating a valuation of over $300 billion. The unicorn story in India begins in 2011 when adtech startup InMobi founded by Naveen Tiwari (an IIT Kanpur alumnus) achieved the coveted unicorn status. In 2016, we saw 16 companies hit the unicorn button. The watershed year for unicorns was 2022 when 44 startups achieved the status of unicorns.

The year 2022, to date, has seen 14 companies achieving a valuation of $1 billion or more. Flipkart and BYJU’s are India’s two biggest privately held startups today. Out of 100 unicorns in India today, 15 Indian unicorns have at least one woman co-founder– Falguni Nayyar (Naykaa), Ghazal Alagh (Mamaearth), and BYJU’s (Divya Gokulnath) to name a few.

Gone are the days when it took a few decades or years before a startup could become a unicorn. The Mensa brand took just six months to achieve a billion-dollar valuation. Founded by former Myntra and Medlife CEO Ananth Narayanan, Mensa is a D2C brand aggregator company that acquires online brands and assists them to scale up in domestic and overseas markets. Before Mensa another firm Glance co-founded by Naveen Tiwari was among India’s fastest unicorn status startups.

Interesting stories keep on emerging from the startup ecosystem. Now we have India’s first husband-wife duo, each having a unicorn of their own. Ruchi Kalra and Asish Mohapatra founded Oxyzo and Of Business respectively. Thirty-eight-year-old Ruchi and 41-year-old Asish met each other while working at McKinsey and decided to build startups to solve credit and raw material problems faced by medium and small companies in India.

The United States, which is the largest startup ecosystem in the world, has around 525 startups in the coveted unicorn club. The American club is led by SpaceX, and founded by the world’s richest man Elon Musk; SpaceX is currently valued at over $100 billion.

Next on the list come Soonicorns– startup firms expected to become unicorns in the near future. Investors are not only backing the mature founders, but also youngsters who are barely out of college.

Gone are the days when it took a few decades or years before a startup could become a unicorn. The Mensa brand took just six months to achieve a billion-dollar valuation

Mumbai-based quick commerce startup Zepto is started by two teenagers who dropped from Stanford University to return to India and founded the firm. Aadit Palicha and Kaivalya Vohra are childhood friends, who went to study computer science at Stanford where the idea hit them. Backed by Y-combinator, Zepto hit $900 million valuations last week. Zepto promises to deliver the grocery to your home within 10 minutes or earlier.

Fintech and e-commerce are the dominant sectors contributing to the Soonicorn Club. The other booming sectors that are catching the eye of investors are enterprise tech and media & entertainment. New areas are emerging that would see much activity in the startup space such as FemTech (Female related startup firms), Metaverse (virtual commerce), GameTech (Gaming Technology), and AI (Artificial Intelligence).

The valuation is a tricky game, many of the startups that have achieved the unicorn status lose their status due to fluctuating valuations. Paytm Mall lost its unicorn status in 2021 when the sales plumped. Similarly, Snapdeal, Hike, and Quikr have exited the unicorn club. Many companies that were started by Indian founders, but shifted their headquarters to other countries due to business, tax, and regulatory reasons, don’t get counted in the Indian unicorn club anymore.

A global salaam for traditional medicine