Aviation industry to get a massive boost

India is expecting an exponential increase in footfall at its major airports during its G20 presidency. The country will hold over 200 meeting in more than 50 locations starting December 1 this year. The Civil Aviation Ministry has started compiling a list of artworks and installation that can showcase India’s cultural diversity. The ministry is also in discussion with air carriers, exploring possibilities of new routes and an increase in number of flights from key destinations.

Amritsar will host the first two-day Education Working Group meeting in March 2023. The event will have participation from education ministers and delegates of G20 members and invited countries. Extensive arrangements are being made for the success of this global event, said Punjab CM Bhagwant Mann. He was in Amritsar on November 5 to take stock of the preparations. In the initial phase, a sum of Rs 100 crore will be spent on development works and beautification of the city. 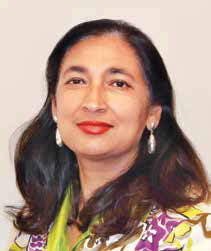 UN Women hopeful of gender equality focusUnited Nations Women is hopeful that India will keep gender equality at the centre of its G20 leadership agenda. Anita Bhatia, Assistant Secretary- General of the UN and Deputy Executive Director of UN Women, is expecting India to play a crucial role in gender mainstreaming even within various G20 working groups. She said while G20 represents 85 per cent of the world’s economy, it has a bleak track record when it comes to gender equity.

Hyper-inflation, emerging debt crisis and cost-of- living problems will be the biggest obstacles to an economic recovery. The current socio- economic problems have, for the first time, replaced environmental issues as the top priority for G20 countries. According to the World Economic Forum’s Executive Opinion Survey 2022, interlinking economic, geopolitical and societal risks are dominating the risk landscape among G20 members as they continue to address immediate concerns.

A hub for aspiring medicos

A hub for aspiring medicos