Countries are expected to spend a staggering $1.8 trillion importing food they need this year; this would be a new world record but worryingly, it’s going to buy them less food, not more. That’s according to the UN Food and Agriculture Organisation (FAO), which on June 9 suggested that for some countries, the situation potentially heralded “an end of their resilience to higher prices”.

Ever-higher fixed costs for farmers of so-called “agricultural inputs” such as fertiliser and fuel, are likely to be responsible for this year’s bigger-thanever global food import bill. “In view of the soaring input prices, concerns about the weather, and increased market uncertainties stemming from the war in Ukraine, FAO’s latest forecasts point to a likely tightening of food markets and food import bills reaching a new record high,” said FAO economist Upali Galketi Aratchilage.

In its latest Food Outlook report, the UN agency explained that all but $2 billion of the additional $51 billion that’s going to be spent worldwide on edible imports this year was owing to higher prices.

Animal fats and vegetable oils will be the single biggest contributor to higher import bills this year, “although cereals are not far behind for developed countries”, FAO said.

“Developing countries, as a whole, are reducing imports of cereals, oilseeds and meat, which reflects their incapacity to cover the increase in prices.” Among the most vulnerable nations, FAO estimated that Least Developed Countries will have little option but to spend five per cent less importing food this year.

Sub-Saharan African States and other nations that buy more food than they export are likely to face an increase in costs, for which they’ll get lower amounts of essential foodstuffs. “These are alarming signs from a food security perspective,” said FAO, which also warned that “importers will find it difficult to finance rising international costs”, and that these could, potentially, break them.

To help avert even greater food insecurity among low-income nations and to guarantee food imports, the UN agency has recommended the creation of a balance-of-payment support mechanism.

Other key findings from the FAO report pointed to a decline in global cereal production in 2022 for the first time in four years. This is not expected to impact on human consumption of cereals, however, but rather on the lower amount of wheat, coarse grains and rice that are used in animal feed.

To help avert even greater food insecurity among low-income nations and to guarantee food imports, the UN agency has recommended the creation of a balance-ofpayment support mechanism

World wheat stocks are set to increase “marginally” in 2022, mostly owing to anticipated larger reserves in China, Russia and Ukraine. Word maize harvests and demand will likely hit a new high, which is associated with greater ethanol production in Brazil and the US, as well as industrial starch production in China. Global consumption of vegetable oils is predicted to outpace production, despite expected demand rationing, FAO also noted.

The UN agency explained that although meat production is expected to decline in Argentina, the European Union (EU) and the US, global exports are forecast to expand by 1.4 per cent, led by an eight per cent likely increase in pork production in China.

World milk production in 2022 is forecast to expand more slowly than in previous years, held back by smaller dairy herds and lower profit margins in several major producing regions.

Global sugar output is expected to increase after three years of decline, led by gains in India, Thailand and the EU. Finally, aquaculture production is forecast to increase by 2.9 per cent, while commercial fishing will likely expand by just 0.2 per cent. Reflecting rising prices of fish, total export revenue from fisheries and aquaculture is anticipated to climb by 2.8 per cent, although volumes will drop by 1.9 per cent.

In yet another sign of India’s rising clout on the world stage, the 76th session of the United Nations General Assembly (UNGA) on June 10 adopted an Indiasponsored resolution on multilingualism. The resolution was co-facilitated by Andorra and Columbia. The resolution promoted the UN’s Department of Global Communications to use both official and non-official languages, including Bangla, Hindi, and Urdu, in its communications. It also mentioned languages like Portuguese, Kiswahili, and Persian. The move is also symbolic of the changing and democratic nature of communications at the multilateral body. While the UN has six official languages — English, Russian, Spanish, Chinese, Arabic and French — the addition of Hindi, Bangla, and Urdu will instrumentalise and institutionalise their usage as mediums for disseminating UN information, said TS Tirumurti, India’s Permanent Representative to the UN in New York. Alluding to the significance of the resolution, Tirumurti said, “Multilingualism is recognised as a core value of the UN. We also thank the Secretary-General (UN SecretaryGeneral António Guterres) for prioritising multilingualism”. Ambassador Tirumurti added that India welcomed the first time mention of Hindi, Bangla, and Urdu as languages for communicating important information and messages of the UN.

Explaining the significance of the move, Kanwal Sibal, a former Indian Foreign Secretary said, “The resolution is of importance and provides long due recognition to Hindi, specifically given the numbers that speak the language around the world. However, he pointed out that the real issue “will revolve around finding the funding for translators and writers to ensure that the new forms of communication are disseminated in these languages”.

Democratising language at the UN through multilingualism remains an essential objective of the UNGA. The draft of the resolution adds that multilingualism is a core facet of Article 1 of the Charter of the UN, which states the purpose of the United Nations.

Further explaining the import of multilingualism in UN communications, the draft adds that “multilingualism is an enabler of multilateral diplomacy and that it contributes to the promotion of the values of the United Nations”.

The first-time mention of Hindi, Bangla and Urdu will also help in “promoting, protecting and preserving diversity of languages and cultures globally, as well as of improving the efficiency, performance and transparency of the Organissation”, noted the draft of the resolution.

Specifically, the aim of the resolution is not to substitute the usage of the official languages with the newly added languages. Instead, the purpose is to “encourage the Department of Global Communications to continue to use other languages in addition to the official languages, when appropriate, according to the targeted audience, with a view to reaching the widest possible spectrum of audiences and extending the United Nations message to all corners of the world in order to strengthen international support for the activities of the Organisation”, it added. 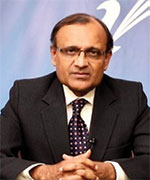 “India has been partnering with the UN Department of Global Communications since 2018 by providing an extra-budgetary contribution to mainstream and consolidate news and multimedia content in the Hindi language”
TS Tirumurti, India’s Permanent Representative to UN

The multilingual resolution also called for strict observance of the newly formed language arrangements by the different bodies and organs of the United Nations.

Addressing the UNGA, Tirumurti spoke of India’s efforts to promote its languages at the UN, “India has been partnering with the UN Department of Global Communications since 2018 by providing an extra-budgetary contribution to mainstream and consolidate news and multimedia content in the Hindi language.”

Further, he added, “‘Hindi @ UN’ project was launched in 2018 with an objective to enhance the public outreach of the United Nations in the Hindi language and to spread greater awareness about global issues among millions of Hindi-speaking populations around the world”.

Tirumurti concluded by reiterating India’s support to further push and enhance multilingualism at the UN, and globally

GatiShakti would help realise the dreams of countrymen