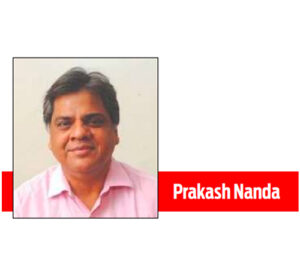 In the ongoing electioneering in India’s politically most sensitive and important state of Uttar Pradesh, Prime Minister Narendra Modi, Defence Minister Rajnath Singh and Union Home Minister Amit Shah have made it a point to emphasise how the proposed defence corridor in the state will see projects worth lakhs of crores, producing drones, fighter aircraft components and missiles, among others. Other than promoting or catering to the country’s defence needs, these will improve the state’s infrastructure and generate lakhs of jobs.

If promises of these tall leaders of the country are implemented fully, Uttar Pradesh, no doubt, will become one of the country’s most developed states. Challenge lies in implementation, though some projects are nearing completion.

The UP Government has promised the following facilities

3. Single-window approvals and clearances to Defence and Aerospace (D& A) manufacturing units

5. Simple procedures and rationalised regulatory regime with easy reimbursement of incentives and subsidies

Tamil Nadu holds the following strategic advantages which makes it a suitable destination for a defence corridor:

Power surplus with a renewable energy capacity of 11,113 MW

Chennai is connected to the world by three submarine cables providing a bandwidth of 14.8 Tbps

A destination of choice for Korean investors; the state is the largest recipient of Korean Foreign Direct Investment (FDI) to India

Setting up of Defence Industrial Corridors aims to catalyse indigenous production of defence and aerospace-related items, thereby reducing our reliance on imports and promoting export of these items to other countries which may create ample employment opportunities and growth of private domestic manufacturers; Micro, Small and Medium Enterprises (MSMEs); and startups.

Micro, Small & Medium Enterprises are an integral part of the successful implementation of both the corridors attracting investments in the aerospace and defence sectors. Presently out of a total of 81 MOUs signed by both the state governments, 30 are with MSMEs. In both corridors, investments have been attracted from anchor industries, MSMEs, including foreign OEMs and startups. Even under Offset policy, a higher multiplier of 2.0x level has been assigned for investment in defence corridors.

All these are the laudable steps that will contribute a lot to the advance-march of a Rising India.